Nate Diaz finally wrapped his UFC contract after a showdown against Tony Ferguson in September. Following the victory, Diaz outlined he plans to conquer other sports in his speech.

“I feel like I’m the most. Right now, I feel like I’ve had the longest career in the UFC and I’ve had the most successful one and everybody, and I outdid everybody on pay and I get everybody on surviving. And I want to, I want to get out of the UFC for a minute and show these UFC fighters how to take over and own up another sport, how you’re supposed to do it.”

And Diaz didn’t have to wait long for other athletes and promotions to express their interest.

Boxing champion Adrien Broner expressed his desire to face Nate Diaz. On his Instagram page yesterday, Broner said the same thing and even published a mock-up poster of himself and Nate.

Broner posted, “Nate Diaz you coming over to boxing I will give yo ass everything you looking for #LETSGETIT.”

Broner has a 34-4-1 record in professional boxing. He has held several championships in four different weight classes. He set a number of records over more than 14 years.

However, his performances have recently slowed down. In the previous five years, he had a 1-2-1 record, and his most recent bout was at 146 pounds.

Interestingly, he withdrew from his most recent bout. He claimed to have mental health problems, and sent the following statement as justification.

“Sorry to all my fans but #MentalHealth is real and I’m not about to play inside the ring. I’ve watched a lot of people die playing with they boxing career and that is something I won’t do.”

“Just pray for me I love the sport of boxing to much to not give my all and I feel Like I came up short before because my mind wasn’t 100 percent there and I be dam if I make that mistake again. I need to make some changes for the better instead of worrying about other people feelings and pleasing them when In all reality I have nothing to prove to nobody.” 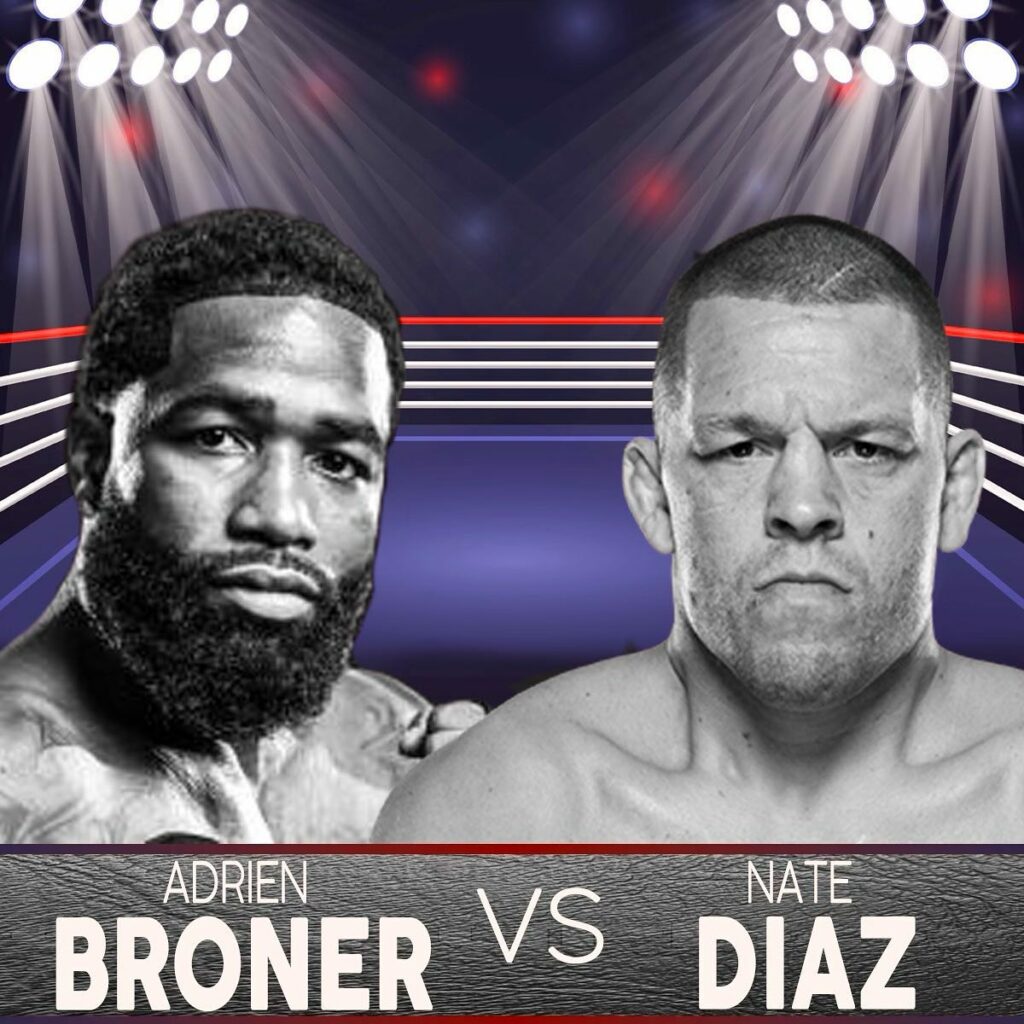 “I’m a four-time world champion in four different weight classes and if I never lace up a pair of gloves again I feel like it’s safe to say I will be inducted into the Boxing Hall Of Fame. So I have to step back and overcome this obstacle before I go put my life on the line inside the square circle again.. I know I’m far from being finished with the sportSEE YALL SOON,”

On the other hand, Nate Diaz might be a free agent but UFC still has rights to match any offer he gets – not to mention the 3 month non compete that means he’s ineligible to talk with Bellator as of right now.

It would be fascinating to know whether Nate accepted Broner’s challenge or not.