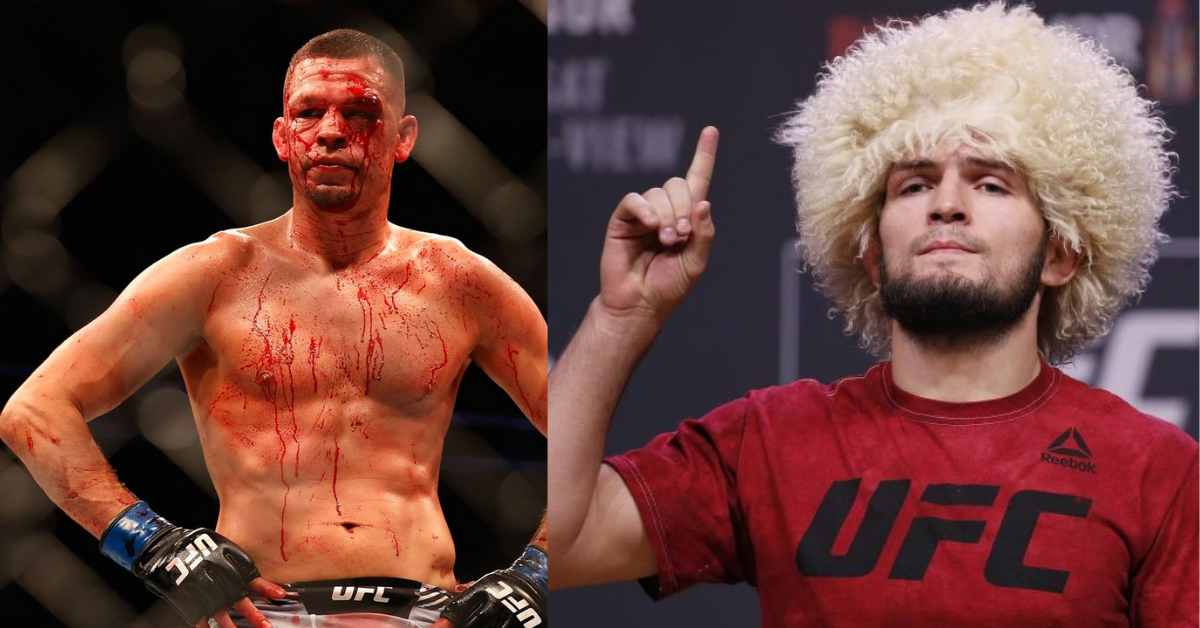 The infamous coach of Georges St-Pierre, Firas Zahabi, recently discussed who the best Street Fighter would be on the UFC roster. After careful consideration he determined that Nate Diaz is the best fighter when it comes to street fighting with no rules and time limit. He was even sure that Nate would beat 99% of professional fighters in a street fight, even the UFC legend Khabib Nurmagomedov.

“If you put him in a fight where there is no time limit, I think he beats 99 percent of fighters. You can’t sub him. You can’t finish him.” Said Zahabi on the Tristar Gym Youtube channel. He added, “The guy doesn’t stop walking forward. He puts volume on you. He is the scariest, in my opinion, a street fighter in MMA.”

He explained that professional fighters train with MMA rules in mind. Nobody is out there training any foul moves likely to result in a disqualification.

“The knock to that is, that’s not our sport. You agreed to five five-minute rounds and we’re prepping for that.” Said Zahabi.

Khabib Nurmagomedov has a clean score of 29-0 in his professional career. In 2020, Tony Ferguson called out Khabib and said hurled accusations that Nurmagomedov never fought in a street fight.  Implying that if he fights Khabib in a fight with no rules, he would win. However, Firas Zahabi still thinks that Nate Diaz is still superior to those two.

“IN STREET FIGHT I CAN EAT YOU.”

In the octagon, Nate Diaz is often covered in blood and yet still manages to continue the fight. He may not have an amazing record like Khabib, but his performance surely entertains a lot of people and he has gained a lot of fans.

In his professional MMA career, Nate has a score consisting of 20 wins and 13 losses with his last fight being in June when he fought Leon Edwards and lost via unanimous decision.