The major news this week has been the Russian invasion of Ukrainian territory. Suffice to say, this has shocked everyone in spite of the troops that were arriving on the Ukrainian border in the lead up to the military intervention.

Russia, which considers Ukraine within its natural sphere of influence, has grown unsettled at Ukraine’s proximity with the West and the possibility that the country could join the NATO. Ukraine tried to backtrack NATO membership – alas too little, too late.

Russia launched its first attacks on the country on Thursday.

During this short period of time, Russia was already able to capture Ukrainian military bases, including Chernobyl, the famous nuclear Power Plant, near the city of Pripyat in north Ukraine.

“Dear Ukrainian citizens, this morning President Putin announced a special military operation in Donbas. Russia conducted strikes on our military infrastructure and our border guards. There were blasts heard in many cities of Ukraine,” Zelenskyy said in a speech to the nation.

“We are introducing martial law on the whole territory of our country.”

When martial law is invoked, the State’s Military force takes control over the common law. This means that Ukrainian soldiers, not the police, are responsible for enforcing laws.

As such, ordinary civilians could be tried in military tribunals as opposed to civilian courts if they are accused of breaching martial law.

The former Boxing champion and now Kyiv Mayor Wladimir Klitschko urged the world to pay attention to what’s happening in his home country.

“Partners of Ukraine should implement harsh sanctions against Russia right now! Without any delay! Russia has annihilated all norms of international law, tearing into pieces the country in the centre of Europe. It shows no intention to stop its attack.” Klitschko wrote on social media.

The MMA community has not been silenced over that matter, many fighters and MMA journalists have shared their thoughts over the conflict.

The UFC Bantamweight from Georgia Merab Dvalishvili protested the Russian invasion, remembering the time that Russia invaded his home country.

I’m walking out with the Ukrainian flag ??

In 2008, Georgia and Russia were in an almost identical situation, following a period of worsening relations between the two former Soviet countries.

Boxing journalist Marcos Villegas interviewed the Ukrainian boxer Viktor Postol, who shared the situation of his wife and kids who currently reside in Ukraine.

According to Postol, his family is having to move to a bunker, to avoid being caught in the middle of military conflict.
“Wow. Just spoke to Viktor Postol who visibly shaken up about what’s going on in Ukraine. He tells me his wife and two sons and having to go underground in a bunker to avoid potential danger in the conflict over there.”

Wow. Just spoke to Viktor Postol who visibly shaken up about what’s going on in Ukraine. He tells me his wife and two sons and having to go underground in a bunker to avoid potential danger in the conflict over there.

In a move that surprised most spectators, Russian Bantamweight champion Petr Yan showed his disagreement with the invasion and hopes for a peaceful resolution. Yan posted a picture of two hands together symbolizing peace, each hand has the colors of the nations in the current conflict.

The champion also added a hashtag that translates to “No to war”.

Several other fighters also weighed in on the matter. Most notably infamous UFC badboy Wanderlei Silva of Brazil and Alexander Volkanovski (Macedonian Australian) have also shared their distaste for war. 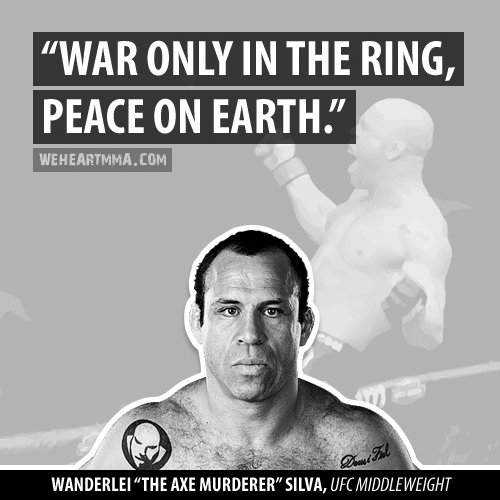 Volkanovski posted in Russian a phrase that translates to “No to War”.

The biggest MMA star from Russia, Khabib Nurmagomedov, has not commented on the matter. Khabib is originally from Dagestan, a region from the Republic of Russia. Nurmagomedov has shared a good relationship with Russian President Vladimir Putin in the past. But things were not always so smooth – at one point Nurmagomedov publicly pleaded for the help of his benefactor Ziyavudin Magomedov. 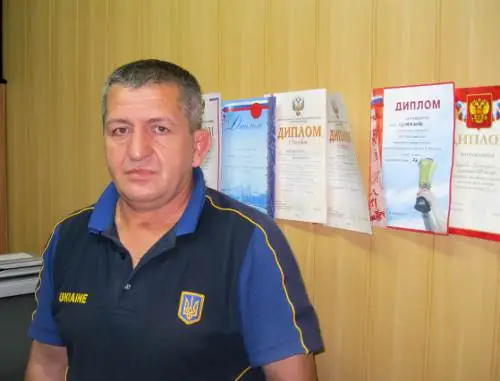 Khabib’s uncle and Ukrainian citizen Alex Nurmagomedov, has shared this story in the past in an interview with Sport-express.

“We tried our best to get Ukrainian citizenship for Khabib. We value, love, and respect Ukraine and its people. I say you can’t find a better nation. They say home is where you were born. In my book, home is where you feel good. We planned for Khabib to compete for Ukraine, but we could not do it. Khabib was offended because of the denial. He asked me why they wouldn’t give him a passport, why they would assess the situation that way. I told him I don’t know the reason and I could not do anything about it,” Alex said.