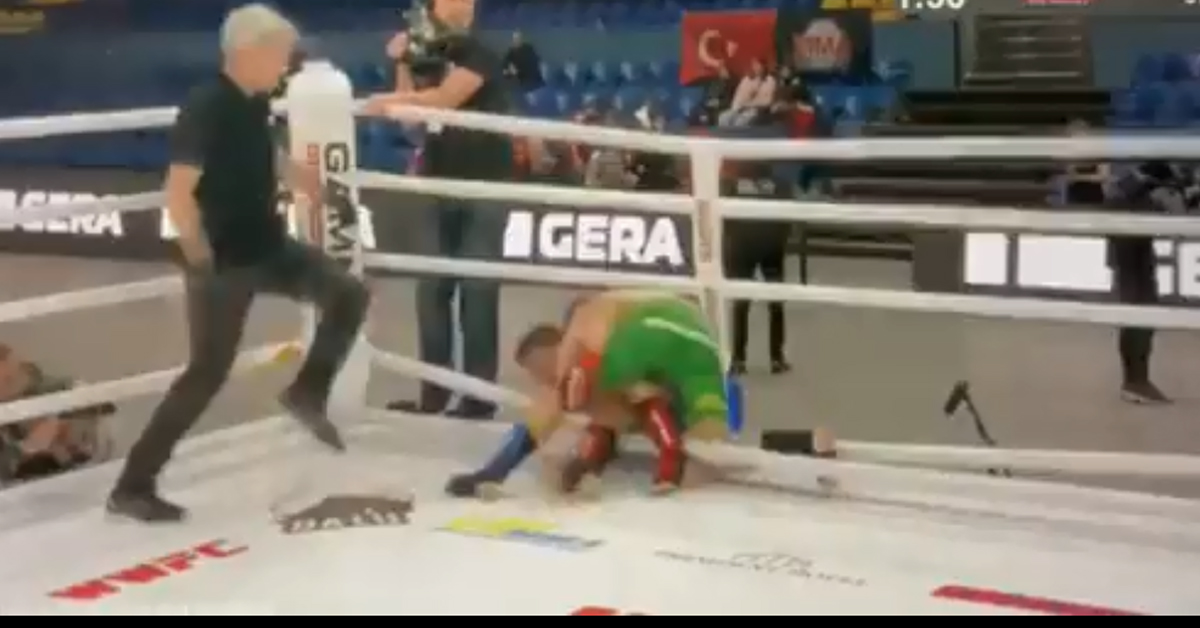 From the very inception of UFC they had one thing right  – the event were set in a cage. This meant that the sport would diverge from many other disciplines in a very specific passion. And overtime some fighters and trainers excelled at using the cage to their advantage.

However even in modern day MMA – there are still events that are set in the ring. And this next clip demonstrates perfectly why that’s a very bad idea. Over at the Ukrainian Gamma European championship two fighters fell out of the ring mid fight – and were unable to continue after.

It happened several times throughout the night so not surprised the ref was pissed ?