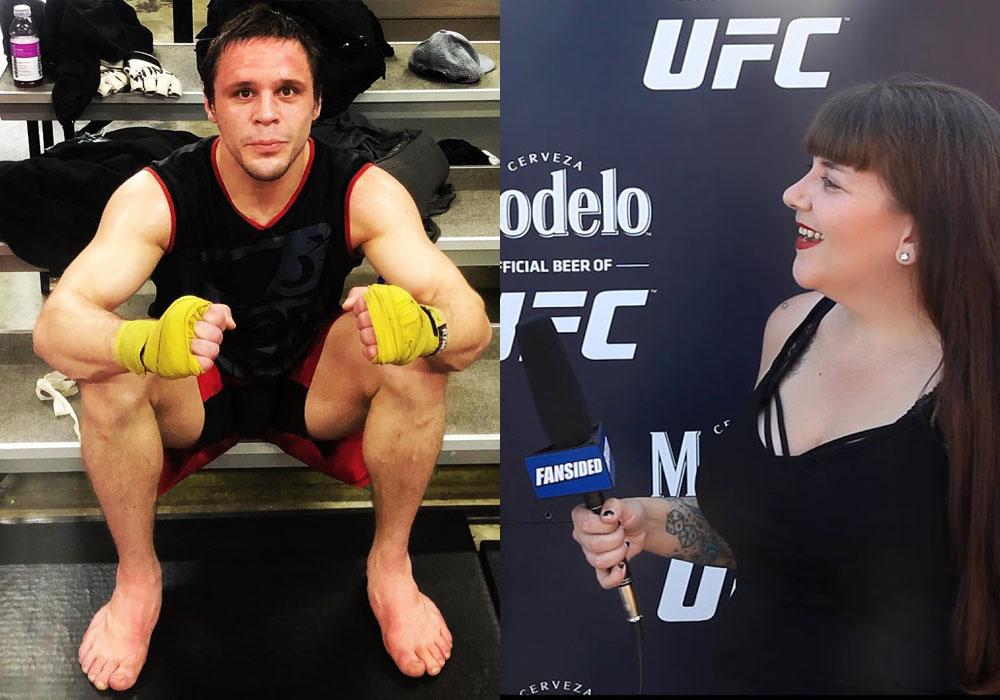 In light of yesterday’s Jon Jones vs reporter conflict another fighter decided to issue verbal threats to a member of the media. The fighter in question is one Michael Graves – former Titan FC fighter. Graves last fought in November 2020 and decided he’d rather try to stir something up on social media. The threats were all directed toward the same journalist that had that strange exchange with Jon Jones – Amy Kaplan.

Graves was none too pleased about Kaplan’s response to Jones it seems like. This in turn lead him to publicize and DM a lot of slurs and threats toward the lady in question.

Fair warning, the threats are somewhat graphic and feature some slurs: 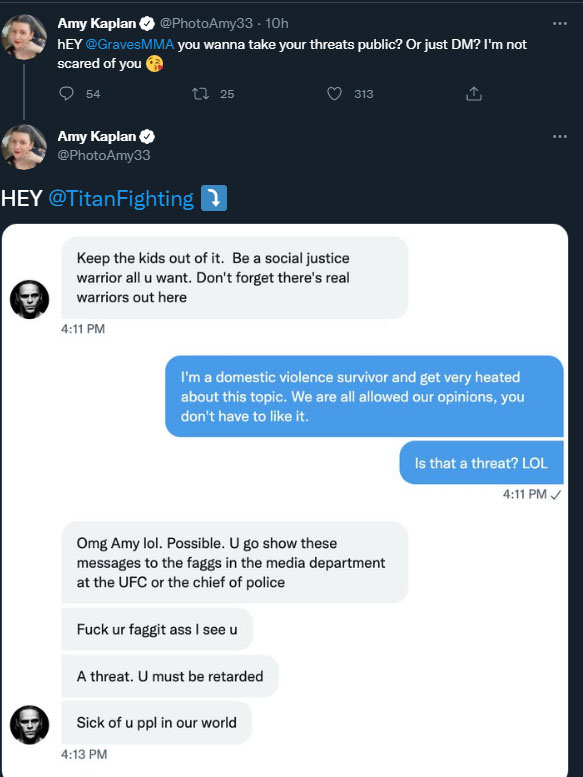 Kaplan seems to have struck a nerve – after all this lovely gentleman had his very own career affected by some unsavory behavior on his behalf. Graves then went on to share a number of offensive and not particularly interesting tweets loaded with expletives on his public timeline. The threats included mentions of knives, weapons and were somewhat concerning

According to the article in question Graves had been released by UFC in Oct 2016 following an arrest for domestic violence.

At the time, his fiancée told the police that she was punched and elbowed in the face by the MMA fighter.

This in addition to him being arrested once previously for misdemeanor battery (family violence).

UFC third party investigation was conclusive and resulted in Graves begin removed from a scheduled bout and subsequently released.

One especially interesting part of their statement quotes:

UFC requires all athletes to act in an ethical and responsible manner, as mandated by the UFC Fighter Conduct Policy. UFC holds its athletes to the highest standard and will continue to take appropriate action if and when warranted.

“We are aware of an ongoing situation with Mike Graves,” McMahon stated. “We have no information and Mike has not been a contracted Titan fighter for some time.”