Marcus ‘The Irish Hand Grenade’ Davies recently revealed he hasn’t been paid for a November bout at PFC – Premier FC 32. And the reason for the lack of payment is somewhat bizarre – apparently one of their investors had his assets frozen thanks to terrorism tie.

Here’s how Davies explains what transpired: 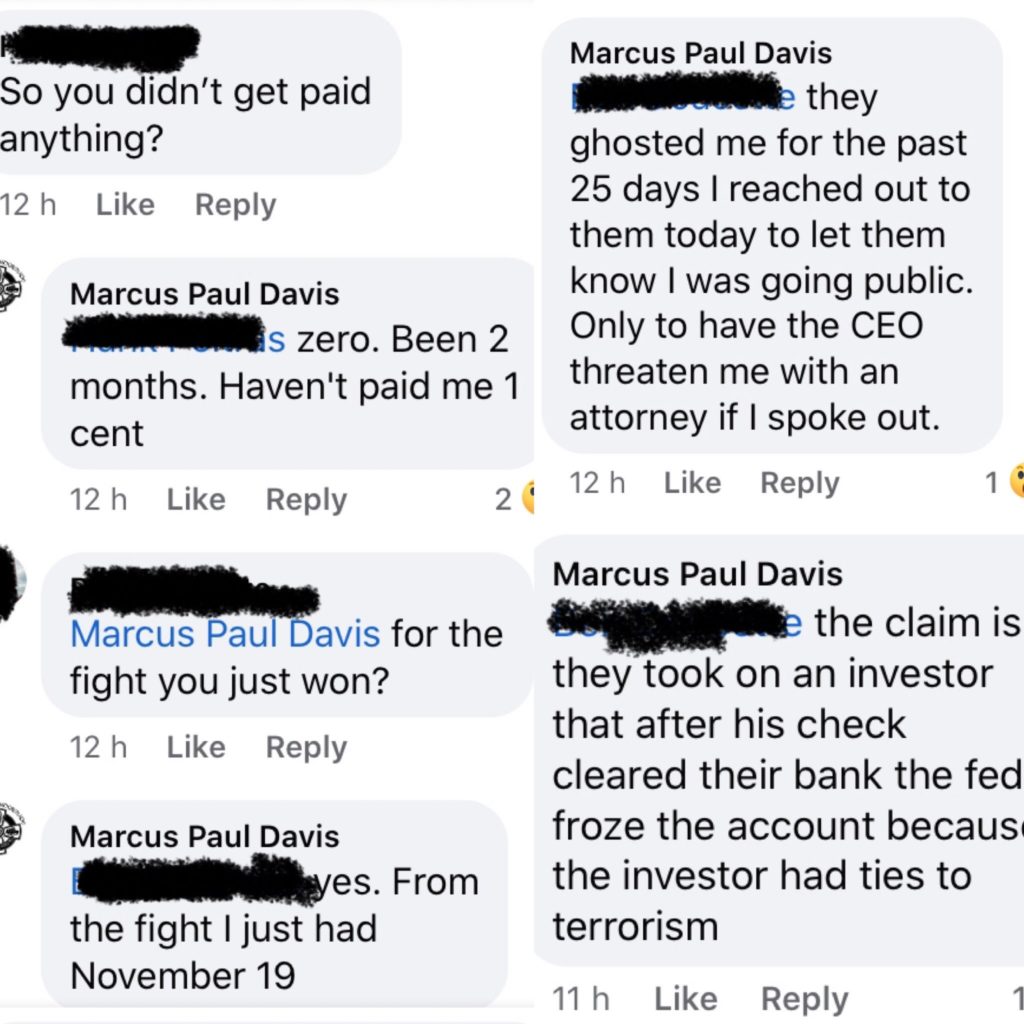 Davis is 48 years old with a wealth of experience in MMA. He fought in 35 professional bouts, 23 wins, 11 losses and 1 no contest.

Davis was lauded for fighting – he had previously been retired for 7 years. Previously he had a stint in UFC around 2010.

Marcus Davis revealed he hasn’t been paid for his fight on Nov 19.

Then he says the promotion told him the real reason was because the fed froze their account after an investor had ties to terrorism.

In the replies another fighter shared a similar experience he had undergone several years before that.  Former UFC fighter Ike Vallie-Flagg revealed that he had a trouble receiving payment from WBKFF aka World Bare Knuckle Fighting Federation for similar reasons.

This sounds an awful lot like that WBKFF thing I fought for a couple years ago… like almost identical stories.

He revealed he was partially compensated in the end.

Partial payment. Dude went to prison then was deported for previous charges.