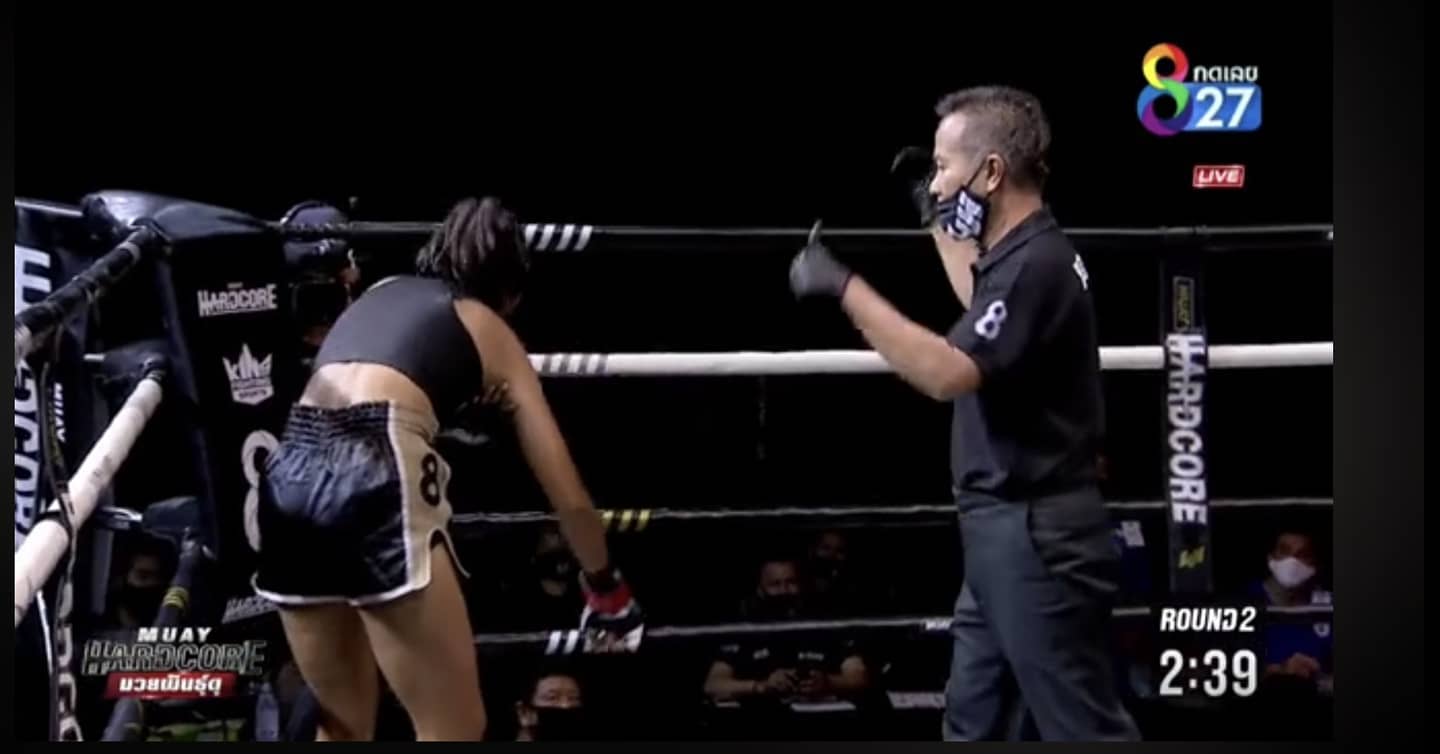 Muay Thai is a very challenging martial art. For many of us who deal with injuries day in and out a day of no pain mostly just means we haven’t been training hard enough. One fascinating case of a fighter getting injured mid fight and persevering resurfaced recently.

In a Muay Thai match up between Maha Fadili and Petchsaifah – Petchsaifah had to overcome an injury live. Her shoulder became loose and dislodged after missing two consecutive shots with her right hand/elbow and connected the third attempt and got counted. She didn’t give up – quickly readjusted and did her best to stay in the fight.

Her arm popped out of socket, luckily she got it back in place before the count was up. pic.twitter.com/jblrXsRIHQ

Ultimately Maha Fadili triumphed with the punches and ended the fight with a body punch followed by hook to the head.

This isn’t the first incidence of a shoulder being popped in during the fight. The clip is very reminiscent of the following case: