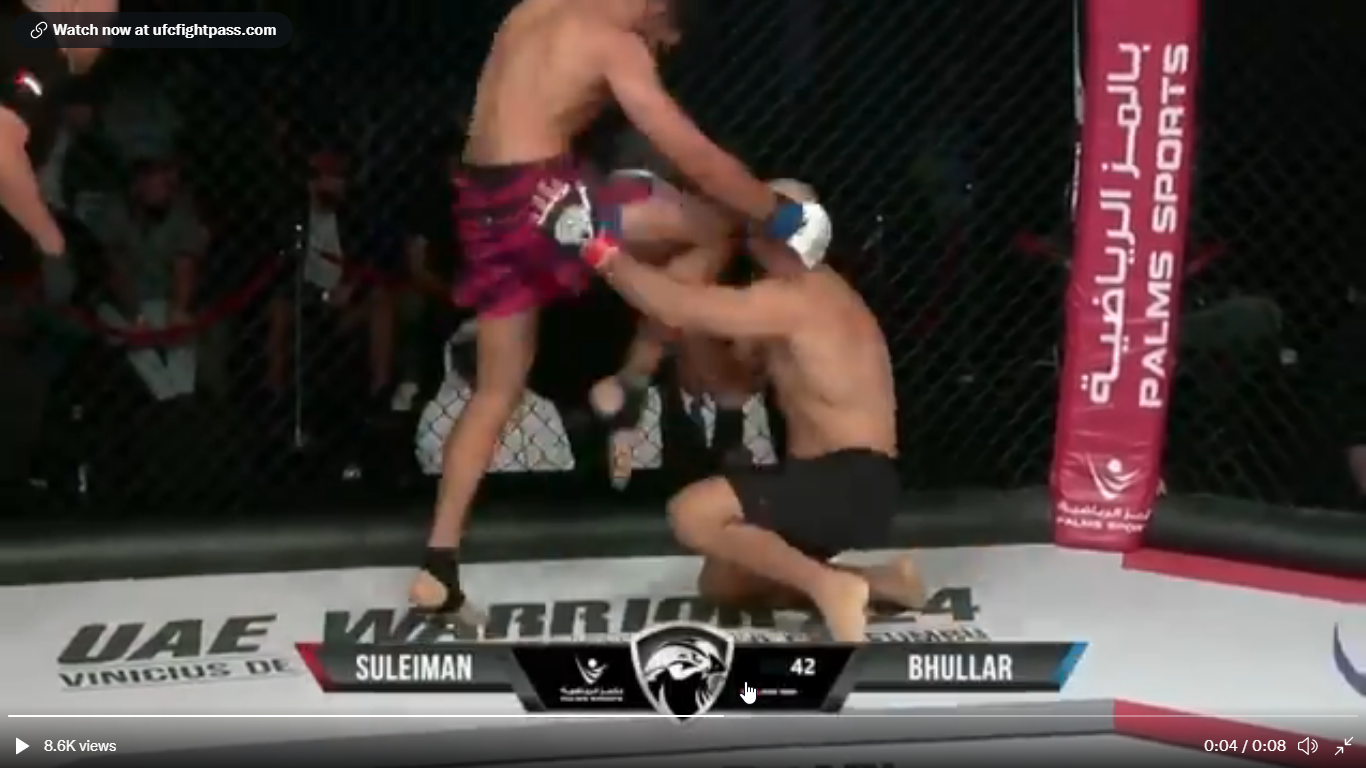 The knee to the head immediately sent Suleiman’s head to the ground. The impact caused him to unable to stand. Rendering him half-conscious.

“That’s definitely illegal”, said one of the commentators during the UFC Fight Pass live stream.

Bhullar landed the knee a little too fast as Suleiman was still trying to stand. At the moment, Suleiman’s knees were still touching the ground, making him still in a grounded position. Attacking an opponent’s head when they’re grounded is considered foul.

VERY illegal. Hopefully he can recover after dominating on the ground.#UAEWarriors24 pic.twitter.com/YYQ5wGl7MX

DQ brings an end to this one. Might be unfortunate to see but it’s the absolute right call.#UAEWarriors24 pic.twitter.com/bFj1Ctpc5o

Bhullar was mostly fought in Unified MMA, the biggest MMA promotion in Canada. Prior to that he had a stint in the UFC that ended with two losses – UFC Fight Night 179 against Tom Breese and in UFC on ESPN 23 against Andreas Michailidis. Bhullar’s overall score right now is 9-3 with the disqualification.

Meanwhile, his opponent, Tarek Suleiman, was mostly fighting in Desert Force. With a score of 12-7 including this latest fight. With his latest victory, Suleiman is now on a 3 fight win streak.