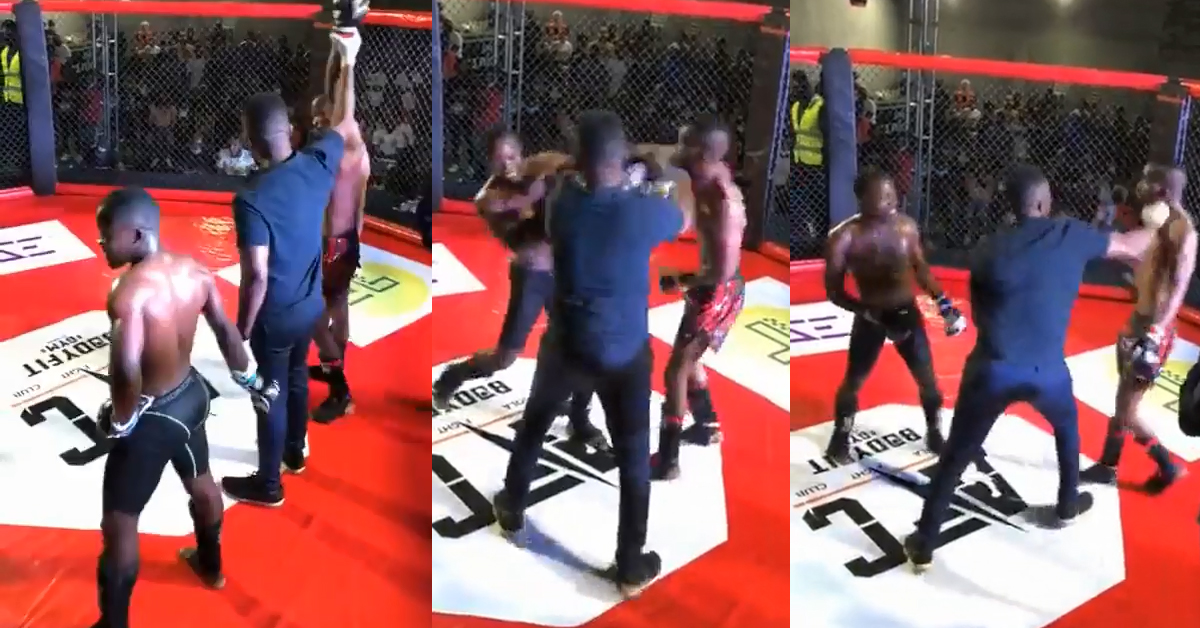 Recently a fight broke out between two fighters who just concluded their actual MMA fight. At the Angola Fight Club things went sour when the winner declared in a fight delivered a punch to his opponents cheek during the announcement itself.

It remains unclear which fighters were involved in the altercation. Article will be updated when new details emerge.