Silverman expressed her disdain for the promotion allowing a trans competitor to compete with women and rob women of one of the biggest prizes in the sport.

“I am done being silent. Please share. Second slide is the email I sent Redbull that was completely ignored,” Silverman captioned her post. 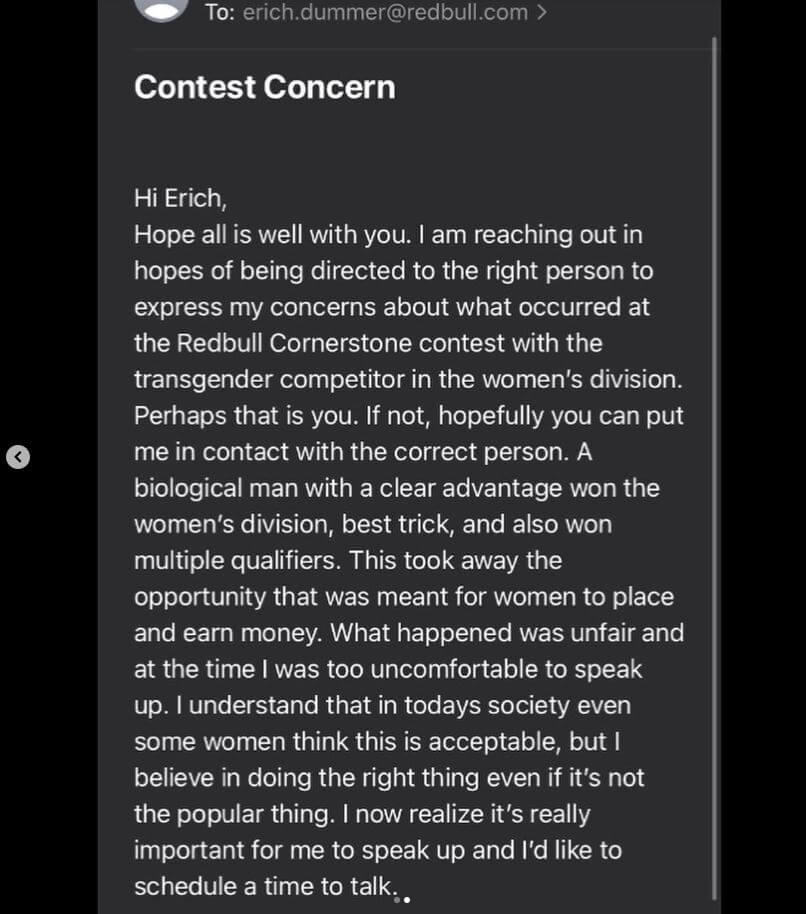 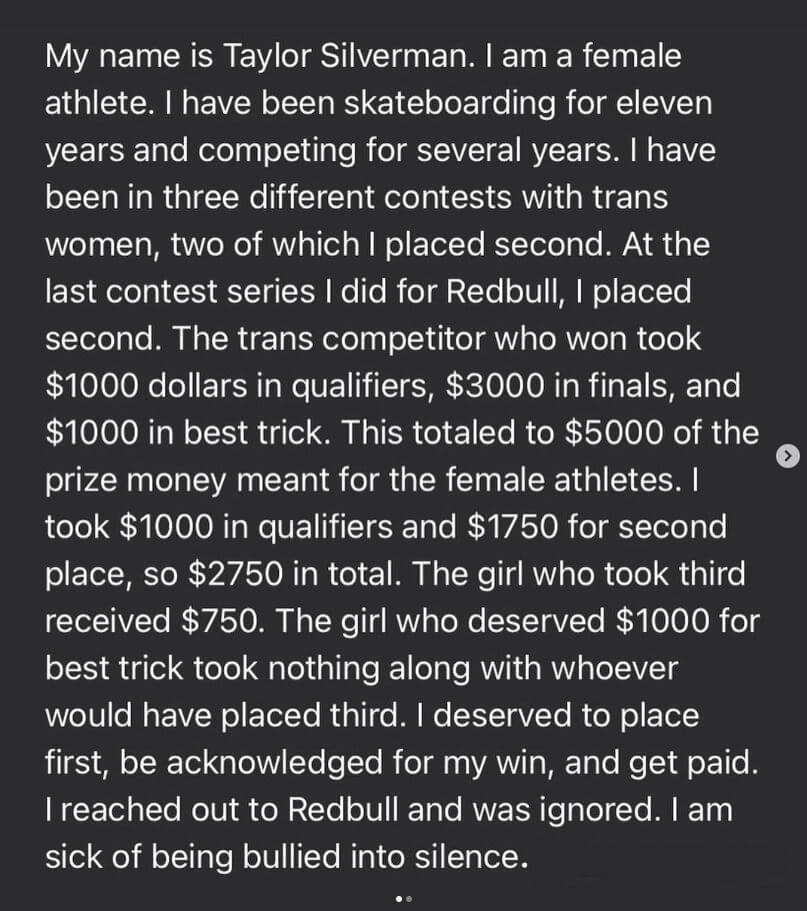 Silverman posted a screenshot of her email to Red Bull’s Senior Sports Marketing Manager Erich Dummer. Red Bull has not replied to her email.

“I am a female athlete. I have been skateboarding for eleven years and competing for several years. I have been in three different contests with trans women, two of which I placed second. At the last contest series I did for Redbull, I placed second,” said Silverman in the message.

“I deserve to place first, be acknowledged for my win, and get paid. I reached out to Redbull and was ignored. I am sick of being bullied into silence.”