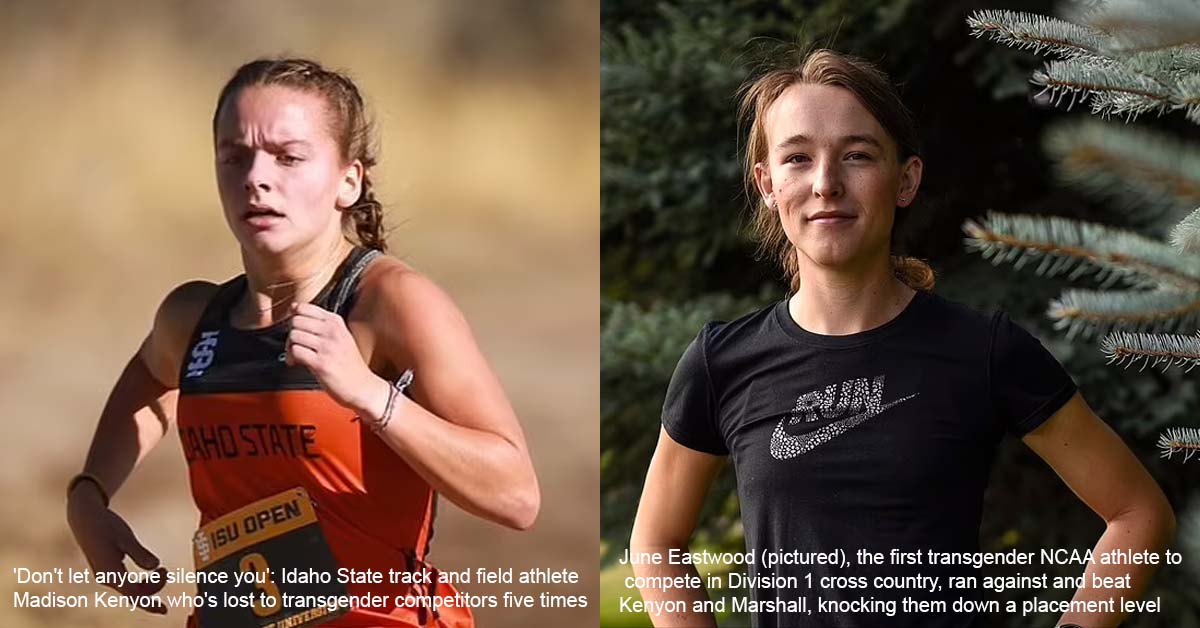 A female Idaho State University track athlete is fed up with what’s currently happening with female sports. The athlete in question is Madison Kenyon – and she even tried to take the issue to court after losing to trans runners for FIVE times.

Madison Kenyon filed a motion in Idaho State Court last year along with teammate Mary Kate Marshall to intervene in a legal challenge to the state’s Fairness in Women’s Sports Act, the first legislation in the nation to bar transgender competitors assigned male at birth from competing in women’s sports.

Kenyon described the experience of losing to ‘biological males’ on the field as ‘extremely deflating’ in a Wednesday morning interview with FOX News.

‘The fact that that’s still happening, that women are still losing to biological males in their own sport, shows why we need more female athletes to speak up about this,’ she said.

‘I just want to say to the female athletes in Pennsylvania, don’t let anyone silence you. Speak up, tell the NCAA, your athletic directors and your coaches that you want fair competition, because speaking up about this is nowhere near as scary as it seems, and the amount of support is overwhelming.’

Many college athletes are afraid to speak out – fearing it might lead to them being “cancelled” and impact future job prospects.

This is not fair to women athletes who have spent their lives training. pic.twitter.com/9Dren8Dzum

Kenyon has been urging UPenn swimmers to react considering the Lia Thomas debacle.