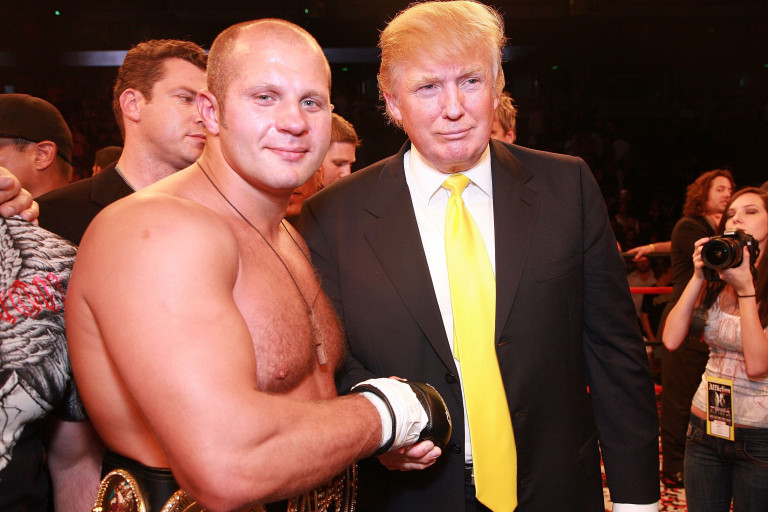 One of the greatest fights of all time that wasn’t is a heavyweight clash between Fedor Emelianenko and Brock Lesnar. The Last Emperor recently talked a bit about why the negotiations between him and the UFC ultimately failed. For Emelianenko – what was missing was respect. Just read what he told TASS:

“A very unfavorable impression. Money means everything to him, he has no respect towards fighters, no respect for any human being. Only money and that’s all,” Emelianenko said in an interview with TASS.

“There is nothing humane about him and I found that quite revolting,” he continued. “Money, of course, is important for living and for the family. But trading human relations for money is unacceptable.”

Prior to that Fedor had made these comments:

Emelianenko (36-6, 1 NC) still has a Bellator deal. He said he plans on retiring with Bellator, whenever that might be.

“One of the main reasons was the ability for my team to perform, for my guys to perform,” Emelianenko said. “The other reasons were, we were not exactly on the same terms [with the UFC] as far as the financial conditions and some other things, some other smaller things as well.”

And unlike the UFC – Bellator also wanted to accommodate Fedor’s teammates:

“We had made great relations with Scott Coker,” Emelianenko said through an interpreter. “I received a very good offer from Bellator. In addition, Bellator invited my entire team. So all of the guys will be performing as well.”

Here’s how Dana White recounted the meeting where he tried to make Lesnar vs Emelianenko happen:

When the talks were renewed in 2015 – Fedor gave no response to the UFC later saying of their contract:

“The UFC contract was just draconian and oppressive,” Fedor said in an impromptu Periscope session with a Russian sports outlet. “I’m not ready to sign such an enslaving contract. First of all, they should show respect for the fighters—the kind of respect I receive in Japan.”

According to several sources Emelianenko’s sticking point in his contracts was the freedom to be able to do Combat Sambo in addition to other provisions.