Conor McGregor tattoos are all the rage as of late. Most recently a lady fan got a McGregor quote tattooed on her arm.

McGregor saw the gesture and reposted it with commentary on twitter.

Fans have trolled said lady mercilessly in response to Conor McGregor’s shout out The tweet included a picture of a fan who had his phrase tattooed on her arm.

Throughout his career, McGregor has said several memorable phrases. One of his finest quotes could be when he remarked, “I would like to take this chance to apologize. To absolutely nobody.”

At UFC 205 at Madison Square Garden, McGregor had just beaten Eddie Alvarez in a shocking way. In his post-fight interview, the first double champion in UFC history grabbed the microphone and said, “The double champ does what the f*** he wants.”

McGregor was still the featherweight champion at the time. He fought Nate Diaz twice before making a run for the 155-pound title at UFC 205.

On the other side, Eddie Alvarez seemed to be in excellent shape after his victory to win the championship. Many thought McGregor could have made a mistake by choosing Alvarez as his opponent in his first UFC bout in the lightweight class.

That was absolutely not the case, as he thoroughly outclassed Alvarez and won by a second-round stoppage. The match is still regarded as McGregor’s greatest showing inside the cage, making his work on the microphone after the bout the ideal follow-up.

Recently, a fan who liked the quote decided to tattoo it on her arm. McGregor posted the photo showing his appreciation on his social media accounts. He wrote: “To this woman, reach out to me, I love you.” 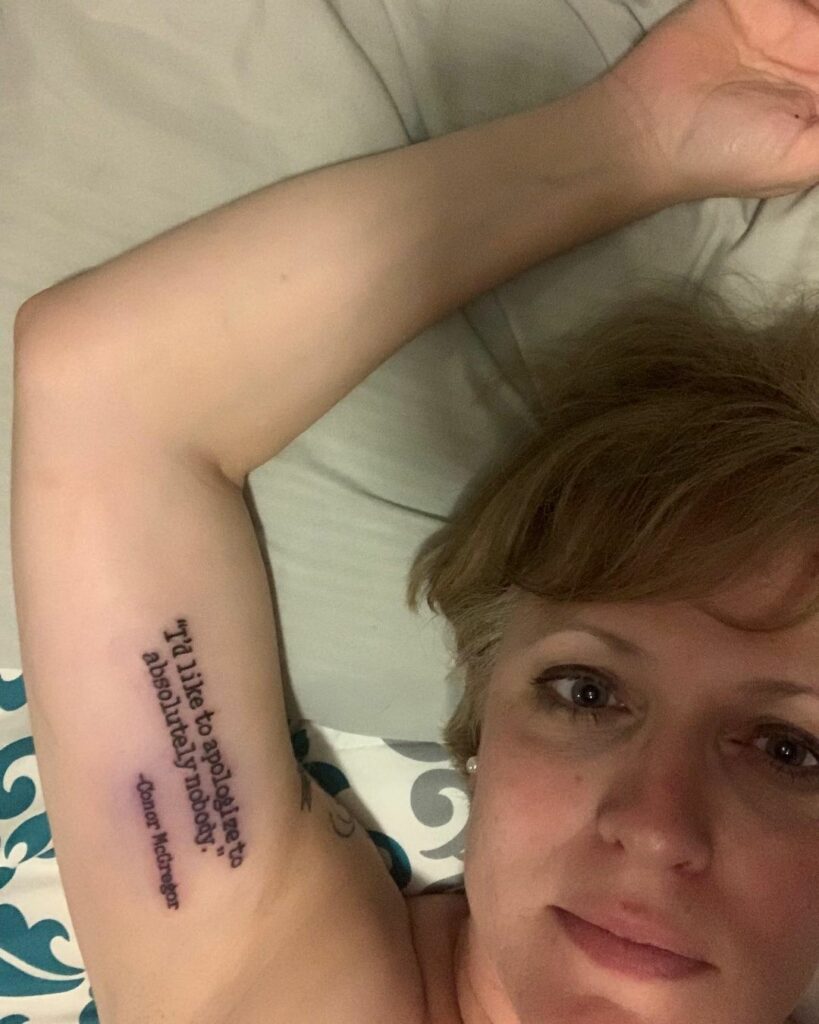 Fans’ reactions to the photograph were conflicted. A fan humorously suggested that the woman’s choice to get the tattoo could have been influenced.

Some criticized the tattooist, saying the ink job might have been far better.

This instance just serves to highlight Conor McGregor’s level of popularity and influence among fans. When it comes to MMA, he is certainly a one-of-a-kind superstar.