Conor McGregor inexplicably strangled himself while flaunting his brand-new $85,000 Rolex watch. The social media post was was quickly later taken down by the former UFC champion.

In one post, McGregor raised his fist. In another, he clutched his neck with his own hand. The Irishman showed off his newest addition to his priceless watch collection. He flaunted a brand-new, green-dialed 18ct gold President Rolex Day-Date 40. The caption of the deleted post read: “There is a monster in me. New Rolex.” 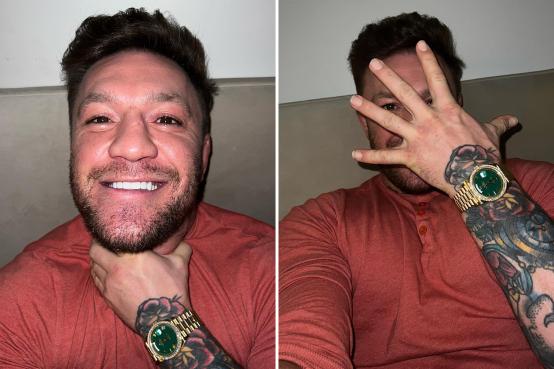 However, fans have expressed worry seeing his increasingly odd behavior..

One commented: “Why are you choking yourself?”

Another person added: “Are you okay.”

More fans suspected McGregor might be dipping into coke which is more or less the default for him.

McGregor would also tweet and delete another odd remark.

McGregor has a history of lavishly spending money on timepieces. He previously spent $2.6 million on two different Jacob & Co watches.

One of the two is this masterpiece. It features timepiece with a roulette wheel that spins, allowing the owners to play their favorite game of chance at any time. 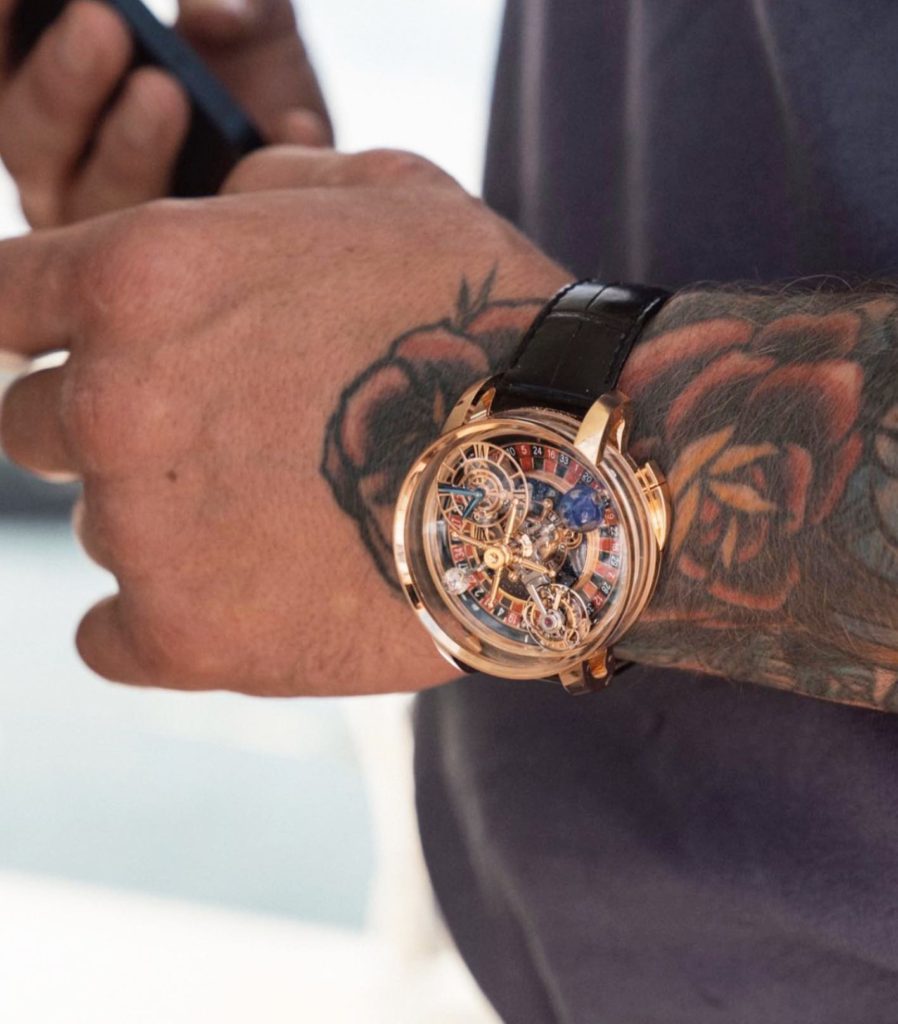 McGregor has been out since breaking his tibia in a fight with Dustin Poirier in July 2021. Along with making his Hollywood debut in a remake of Roadhouse that also features Jake Gyllenhaal, he spent the previous year recuperating.

McGregor plans to make a comeback in 2023. However, even UFC president Dana White does not know the specifics of when exactly McGregor will be able to return.

McGregor first landed a position in the featherweight top 15 in 2014 ahead of his UFC Dublin headliner with Diego Brandao.

Recently he was dropped from the rankings for the first time in 8 years.

White recently had a softball interview with ESPN and rebuffed questions about McGregor’s return saying:

“Believe me when I tell you, when Connor calls and says, ‘Dana, I’m ready, let’s do this, I’m getting back in camp,’ – I’ll let everybody know.”

When asked: “If you had to set a line on the three most likely Conor McGregor opponents when he comes back, what are the odds you would set?”

“Well, it’s hard to say because it’s going to depend on when he comes back. But I mean, this is a no brainer, a fun fight as him and Chandler and you know that’s already two talk has already started with that one