The mixed martial arts (MMA) world is in a frenzy over the fact that Conor McGregor publicly liked an adult entertainment clip targeting gay individuals on twitter.

Screenshots of McGregor’s official Twitter account’s likes section reveal that he ‘placed a heart’ on an obscene video of a man playing with himself to completion. 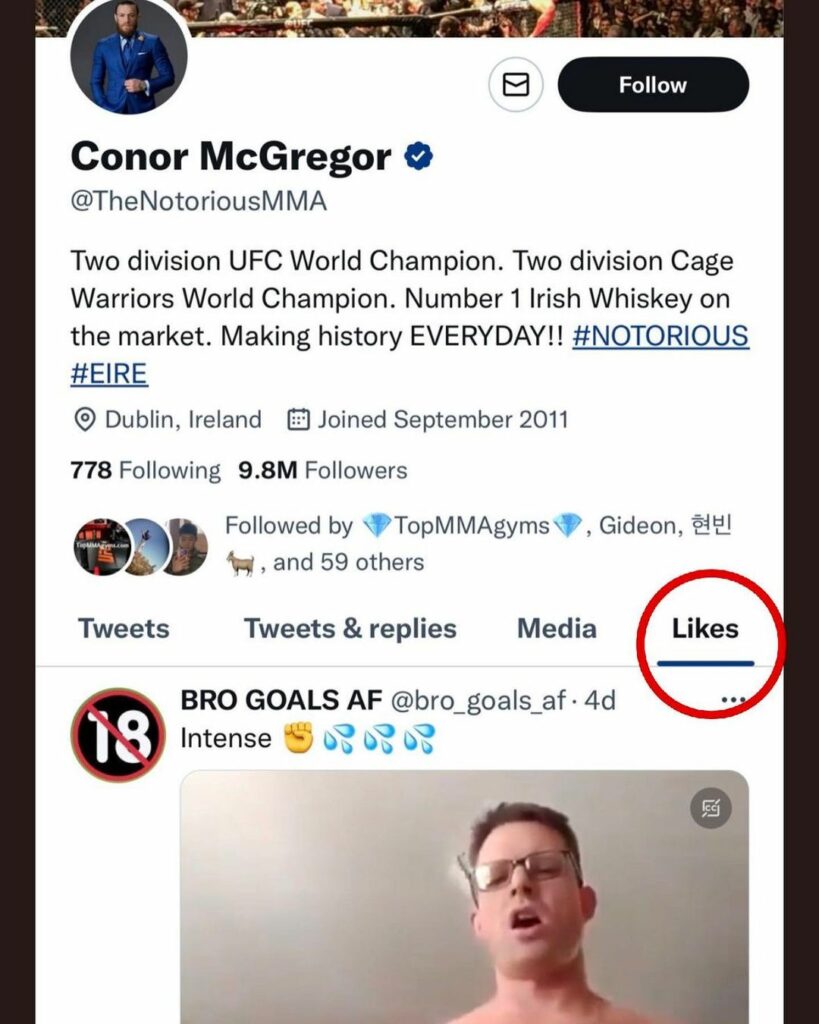 One fan made fun of McGregor, saying that despite being very wealthy, the Irishman is forced to remain in the closet. He wrote: “Imagine being that rich and having to stay in the closet. He really is a bloke that likes to message blokes.”

Another fan commented: “@TheNotoriousMMA being a member of the LGBTQIA+ community is a Shyamalan level twist! 2023 is starting off strong. #ufc”

Another Twitter user made reference to a picture of Khabib Nurmagomedov with many of his male training partners in a sauna bathtub. Referring to the image that Nurmagomedov has been repeatedly mocked over, the fan wrote: “Khabib: We only do that in sauna.”

One fan made fun of McGregor’s longtime connection with Bellator MMA fighter Dillon Danis. He wrote: “So that’s why Dillon Danis is his boy”

Over on reddit fanboys had a blast. One noted that McGregor shares far too many pictures of himself flexing to be straight.

Conor McGregor has been sidelined after a catastrophic leg break in 2021. His return is still under a question mark even though he often teases about it on twitter.

UFC and Dana White teased that Michael Chandler would be the front runner opponent for McGregor’s return.

There’s no indication that any such return will be possible any time soon, McGregor is still absent from the USADA pool.