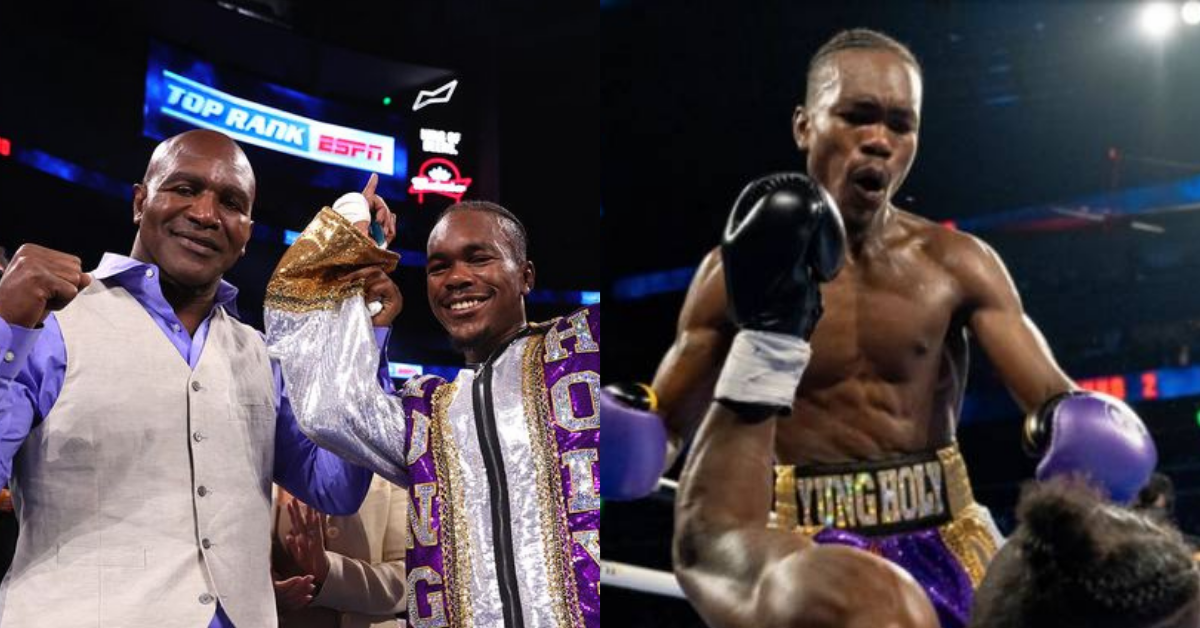 Son of Evander Holyfield, Evander Holyfield Jr. a.k.a Evan Holyfield won another match via knockout against Charles Stanford in round two. He fought in an undercard match in Herring vs Stevenson that was held on October 24th.

Holyfield and Stanford fought with all they had. Both fighters traded intense blows in the first round and went all out. But in the second round, Holyfield found momentum and rained down Stanford with hard punches. A few shots landed on Stanford’s face and made him lose consciousness. Evan Holyfield won with his first KO victory.

HOLY ? SMOKE. @ChiefHoly with the HUGE Round 2 knockout in his first time fighting in front of his hometown crowd in Atlanta. #HerringStevenson pic.twitter.com/F1HU4hvoDo

Evan Holyfield, son of hall of famer Evander Holyfield, with the KO in front of the hometown crowd. @ChiefHoly #HerringStevenson pic.twitter.com/C9GtCJjb92

Charles Stanford entered the ring with a 4 win streak, with his score being 6-4. Meanwhile, Evan Holyfield has a clean score of 8-0 with five TKOs and one KO. Evan Holyfield plays in the super welterweight division and so far his career seems pretty promising. A lot of people believe he will be a professional boxer like his father.

Being a son of a legendary boxer, of course, he will get a lot of comparisons to his father from everyone. But Evan Holyfield’s thoughts on this were very chill. He said he has no problem being compared to his father because his father is a good boxer. He even said he will thrive to be a champion.

“At least I’m not getting compared to someone who isn’t good. I’m getting better every single time. In the next one to three years I can possibly become a champion.” Holyfield said to an interview.

Evan Holyfield is just 24 years old and will most likely be the future champion. There are still a lot of obstacles to be overcome but he seems to be promising.