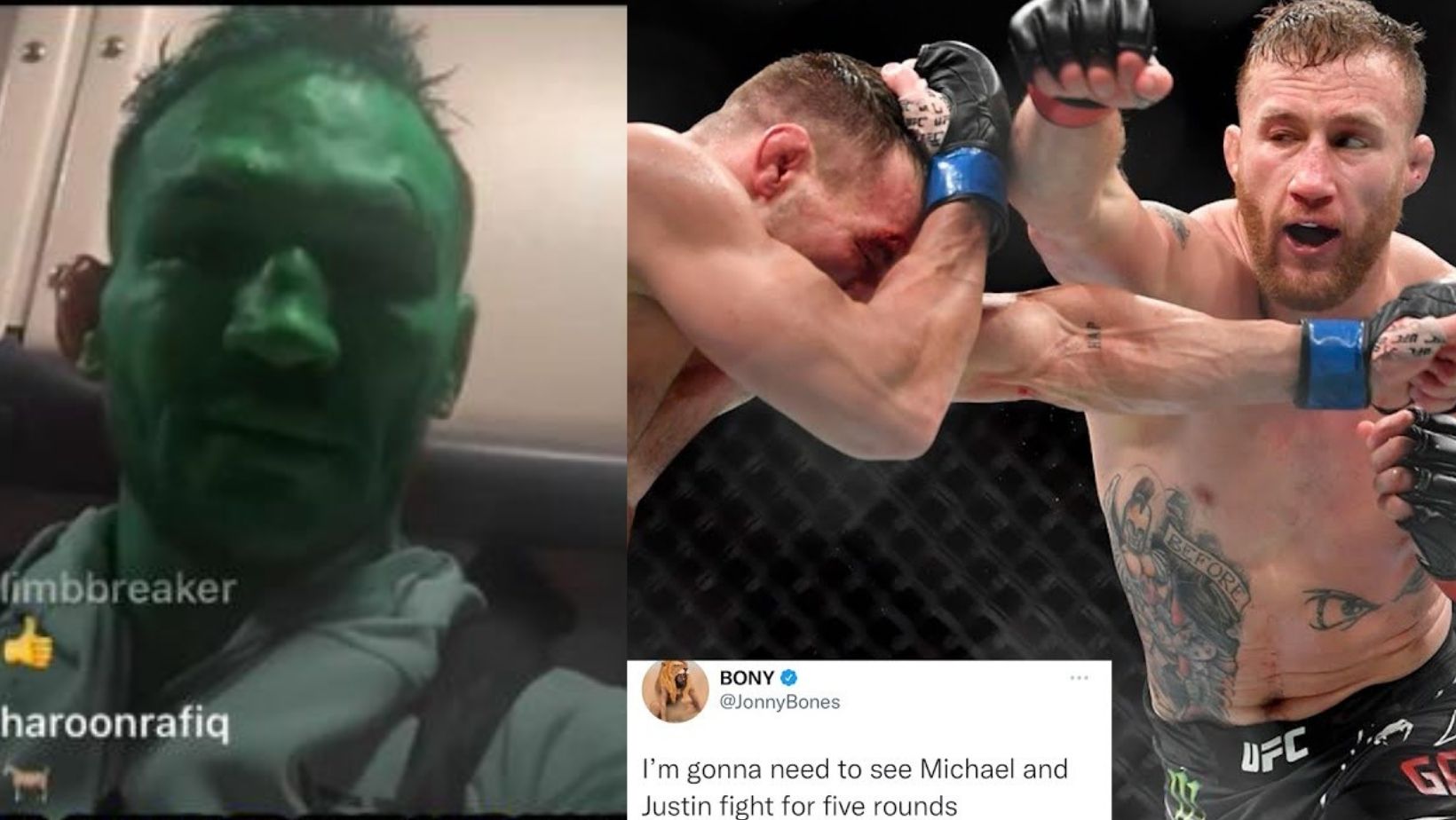 Michael Chandler fought an all out war against Justin Gaethje at UFC 268 last night at Madison Square Garden. The two lightweights fought a formidable fight. |

Gaethje scored an unanimous decision after 3 rounds. Gaethje landed more strikes than Chandler – and majority of them to the head of Michael Chandler. Meanwhile Chandler fought a really close round 1 – and lost steam in rounds two and three. Chandler scored just one takedown out of 6 attempted – with Gaethje content to keep the fight at a distance and pot shot his opponent.

While Chandler looked pretty undisturbed for his arena exit he would go on to livestream his trip to the hospital.