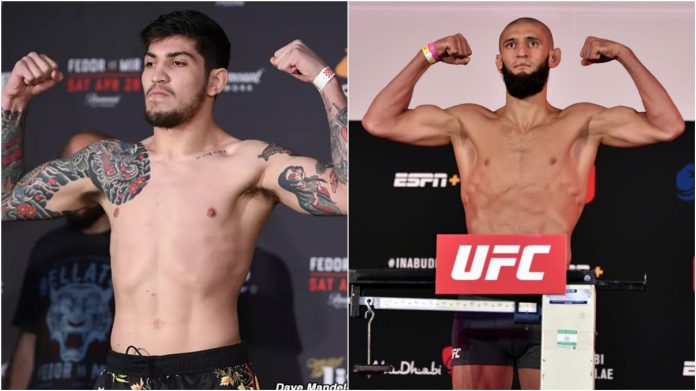 Dillon Danis continues his attack on other fighters on social media after previously challenging Diego Sanchez and Jake Shields. Recently, he calls out on Khamzat Chimaev following Chimaev ’s victory at UFC 267 and called him trash on his Twitter account.

Dillon Danis said “Give me Khamzat, he is trash” on Twitter not long after Khamzat Chimaev beat Li Jiangliang in UFC 267. Danis was inactive due to injury and now he is returning to the octagon and has been looking for the right opponent.

give me khamzat he’s ?

On the other hand, Dillon Danis has only fought in Bellator two times in his professional MMA career in the middleweight division. He won both fights via submission against Kyle Walker and Max Humphrey in 2018 and 2019. He is now returning and has been trashing fighters that are in the spotlight for publicity. He was also trashing Islam Makachev and even Daniel Cormier.

Up to this point, there hasn’t been any response from Khamzat Chimaev regarding this Tweet. For now, Dillon Danis needs to focus on his recovery.