Mike Tyson is one of the biggest personalities online in and out of combat sports. The heavyweight boxer is a household name thanks to his long and controversial career in boxing.

One of many viral stories about Mike Tyson involves an unusual news reports claiming that the legendary boxer would pay $10 million to any guy who would marry his daughter, Mikey Lorna Tyson.

Tyson’s first child with his then-girlfriend, Kimberly Scarborough, was born in 1990. As Mikey neared 30, rumors about Mike Tyson making an odd proposal for his daughter’s wedding made their way online.

This news story instantly gathered a ton of internet attention. It was taken up by major national newspaper, which then published stories citing Mike Tyson’s $10 million offer.

However, this ultimately proved to be a significant media blunder. This instance was a direct consequence of careless reporting. 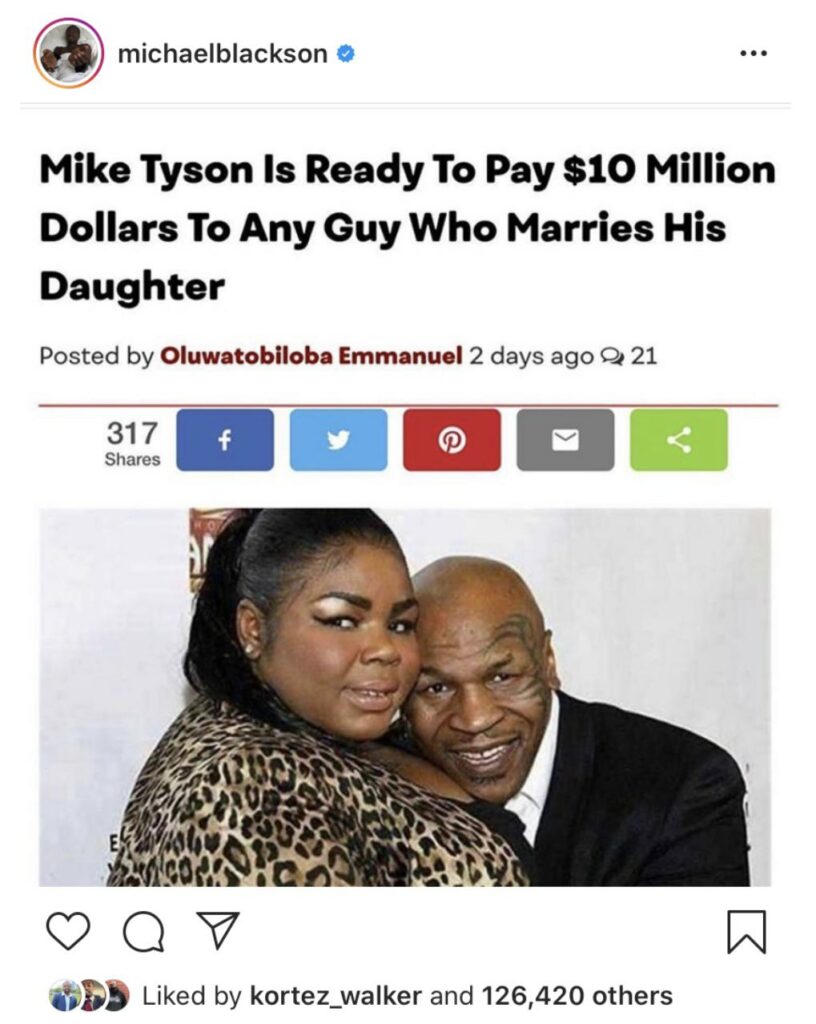 Tyson was unamused by the story – with many potential suitors sliding into his DMs. And he even penned a riveting response to one particular suitor: 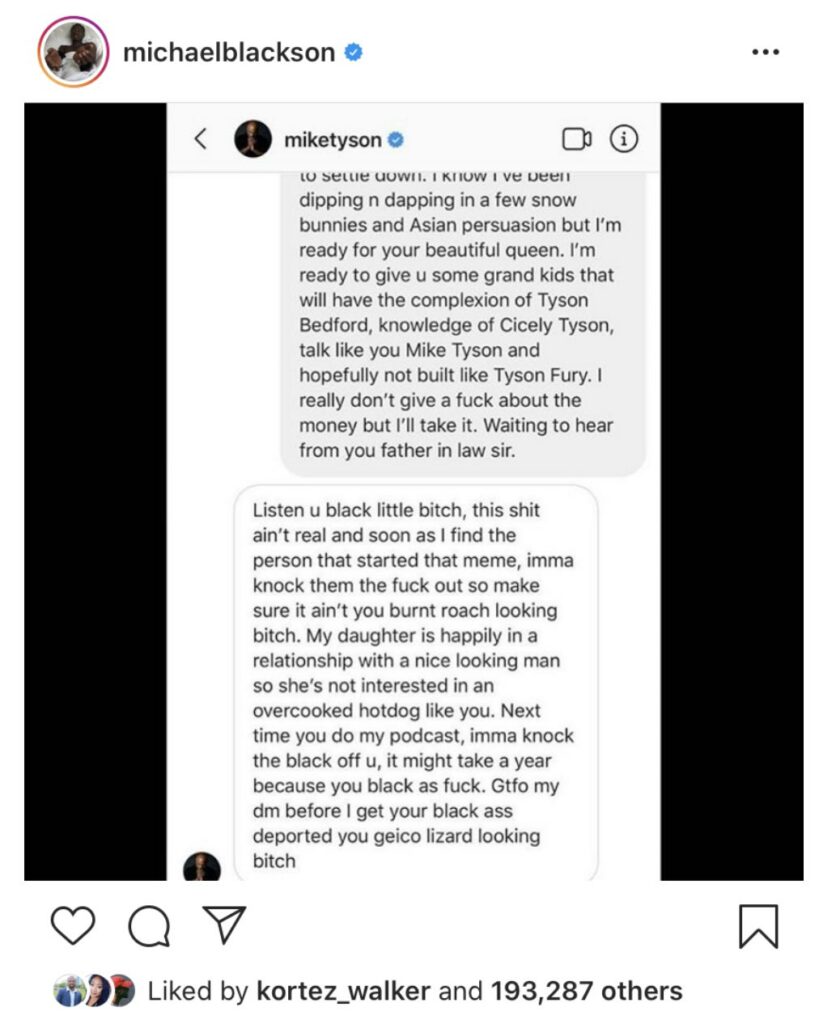 The news story that was first released by “Hit News” quickly went viral. It didn’t take long for Mike Tyson to get interested.

The boxing legend categorically refuted all claims and branded the news as totally fake right away. The heavyweight champion responded by alerting the media outlet that was disseminating false information.

The initial story was apparently taken down shortly after he issued his warning. But by that point, the false information had already been disseminated online by other reporting outlets.

Mike Tyson talked about lessons and takeaways from getting raised and training under Cus D’Amato’s wing.

“Listen, I wouldn’t dare do to my kids what he (Cus D’Amato) did to me. This is the real deal, if I don’t do well in boxing, I go to prison or I die. If my kids don’t do well, they go back to a big house and all their rich friends come over and they play, eat stuff, come on, it’s not the same thing.”

“I tell them I’m sending them to military school if you got to pick a sport.”

“These kids don’t want to get tough enough, they might have a heart attack nowadays,” Tyson concluded