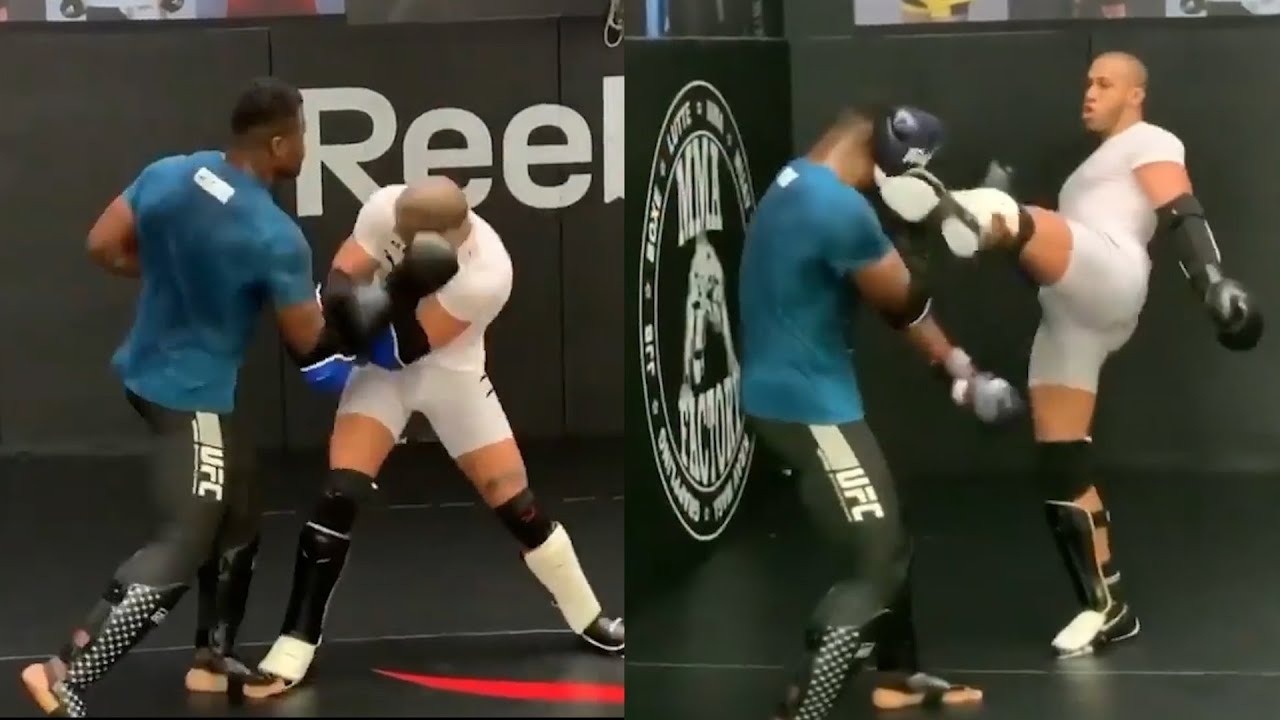 For the longest time Cyril Gane was the best kept secret in the world. Versatile striker who is a heavyweight but moves like a lightweight? Bruh!

In the lead up to the UFC Heavyweight title unification there are harsh accusations exchanged between the camps of Francis Ngannou and Cyril Gane. Among them is a revelation that Ngannou may have tried to sabotage Gane’s career in the past.

Francis Ngannou was quick to rebuff this claim and proceeded to call it evil:

“And recently, I saw something about him. They sent me something like, which his coach said about me – Fernand [Lopez] – He said I told [UFC matchmaker] Mick [Maynard] that Ciryl is good but not that good or something like that. I’m like, ‘Man. This, like; this nasty.’ You know, this is not a fair game anymore. It’s not a fair game anymore. Like, I understand this position is not; you want to take everything, you want to destroy somebody. But to go after him like that, associate other people; I mean, I think this is evil. You know, but I know the man, and I know how it processed.”

Regardless of what happened – the two are set to clash at UFC 270 that will be held on January 23rd 2022. Keep an eye out for further updates.

At the time when both were at MMA Factory Ngannou was a substantially worse fighter. However considering the fact that Ngannou had left it’s hard to imagine any released footage as objective.

The clip that is widely being shared online shows them fairly even keeled but definitely favors Gane. But this isn’t the whole story – according to Francis Ngannou the clip was shot for Gane’s fight promotion and as such didn’t show the full picture.

“It’s about to make him look better and make me look bad; to prove that he’s the man,” Ngannou added. “I really get intrigued by those stuff sometimes. And then how they just control people’s mind, conditioning them to think. And they just think like, suddenly they just shift from one way to other way of thinking. And I’m like, how easy is that to manipulate people, which, they’re really good at manipulation. But at the end of the day, as I said, we both know; everyone knows for a fact.”

The 35-year-old – who has one fight left on his UFC contract – told MMA Hour: “MMA is more difficult than boxing.

“I feel I should not be needing to borrow money for my training camp. At some point, I’m gonna go after the money. I’m going to boxing for sure. I’m not challenging the system, I’m just saying my right. I have not signed a new deal yet, because I do not want to sign a deal on these certain terms as I do not feel protected.