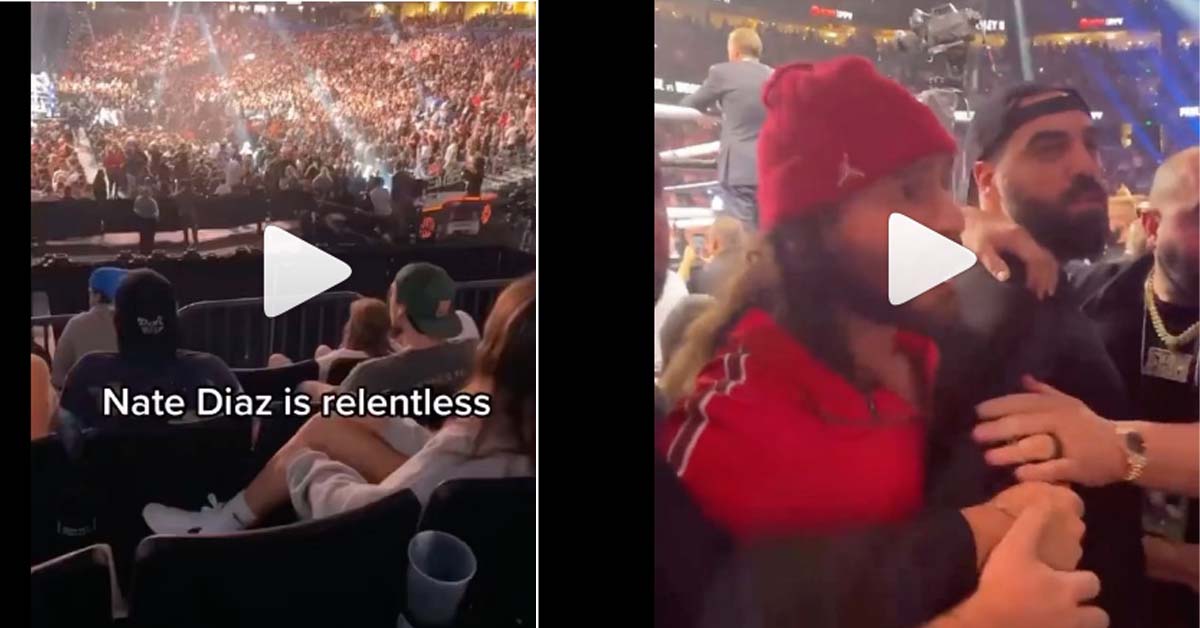 BMF belt contenders Nate Diaz and Jorge Masvidal got into altercations with their fans while attending Paul vs Woodley 2 event in Tampa, Florida.

Both were there to witness the boxing card featuring main event between youtuber Jake Paul and former Welterweight champion Tyron Woodley.

They allegedly didn’t stay the whole night but they both got into separate scuffles with fans.

Nate Diaz was reportedly accosted with fans inside the arena making a fan spill all of his drink and his ‘street cred’. There is a video of the incident however there’s no further context at this time. Dana White was the one to share the video.

Diaz appeared to have eyeballed the fan for no apparently reason – feinted a strike making the fan flinch as if he’d been stabbed. The two would be separated and Diaz simply walked away.

Jorge Masvidal got into a separate altercation with a fan. Allegedly a fan in the crowd pushed the UFC ace – and properly irked him in process.

@gamebredfighter gets into it with a fan at Paul vs Woodley 2
In Florida ???#JorgeMasvidal#GameBred#MMA#UFC#GameBredFC#WFF#WorldFightFans pic.twitter.com/QmqgoeRwZw

The fan in question claimed MAsvidal was trying to fight him. Naturally security prevented this from happening holding Masvidal back as the fan tried to placate him. The fan raised both his hands in surrender as Masvidal talked trash.