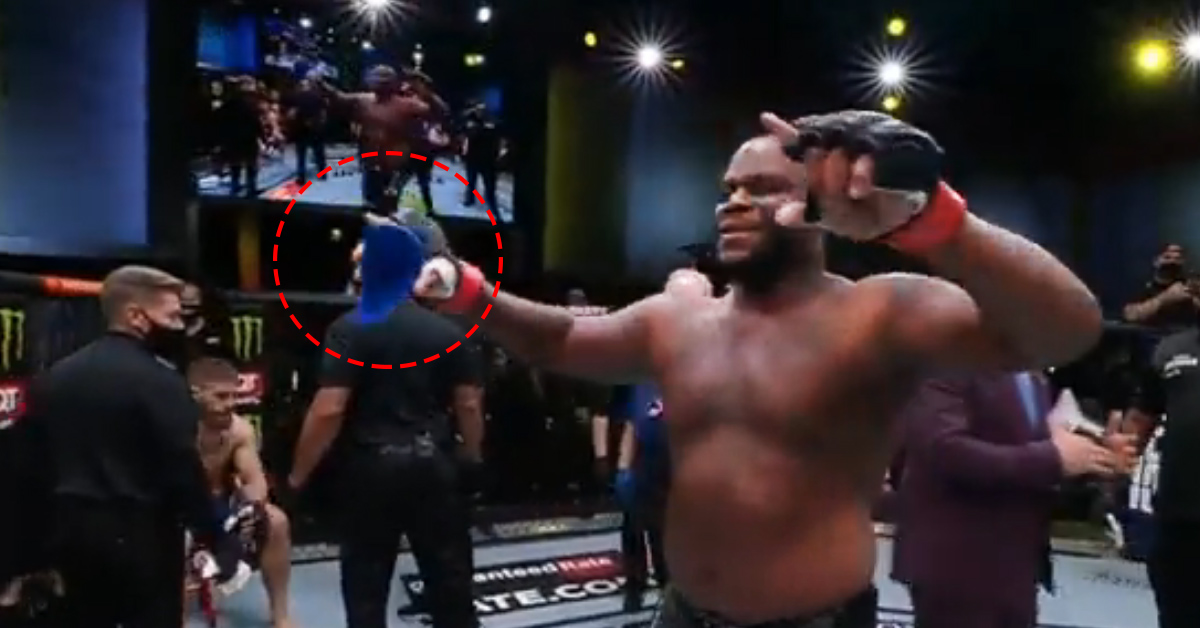 After a TKO loss against Cyril Gane back at UFC 265’s interim heavyweight championship bout Derrick Lewis redeemed himself. Derrick Lewis knocked out Chris Daukaus within minutes as a comeback statement in the Octagon on Saturday night.

Daukaus showed respect for Lewis’ striking skill. After all Lewis had 12 knock outs – record for the division. Daukaus attempted to counter with measured movement and low kicks, This worked well in the first few minutes of Round 1. Lewis threw his usual switch high kicks at 3:11, pressured Daukaus against the fence, and jumped with his heavy hands that scratched his opponent.

Well that took a while for Derrick Lewis pic.twitter.com/5gkifwJczN

Daukaus managed to weather the storm and responded with some uppercuts in clinch, Lewis slapped more right hands until his opponent fell down on mat. This set his KO record at 13, the most in any UFC division. To achieve this record he surpassed both Vitor Belfort and Matt Brown’s 12 knockouts. Lewis topped off with his trademark celebration move “Black Beast” took off his cup and tossed it to the crowd.

When asked about his celebration in the post-fight press conference, ‘The Black Beast’ responded:

“It was the first time I threw my cup into the crowd. I was surprised that a dude pushed a woman out of the way to get that cup but it is what it is… I see him put it in his pocket. He went back and sat down with a big ‘Kool-Aid’ smile on his face,” said Derrick Lewis.

This dude really picked up Derrick Lewis’ cup and kept it. pic.twitter.com/cNNZTZyn3E