UFC President Dana White is known for his love of boxing. Prior to his stint as UFC president he even worked as a boxing coach in Boston. From there White transitioned to managing fighters and ultimately became the UFC boss.

Back in the day, White managed Tito’s career. Ortiz felt slighted by his deal with the UFC and felt that it was likely that his best interests were no longer in White’s best interests. This led to a pretty big issue between the two that culminated with the make shift boxing match.

“Dana was supposed to box the former light heavyweight champion of the world Tito Ortiz. This all started because Dana White used to manage Chuck Liddell and Tito Ortiz. ”

“At one of the contract negotiations, when Dana was trying to get more money, the company that owned it at that time, SEG, they said, ‘Dana, we don’t have any more money.'”

Later, Ortiz wanted a stipulation in one of his contracts that he could take on the UFC president in a boxing match. His aim was to make a mockery out of White, who took the challenge very seriously and trained rigorously.

White even made it to the weigh in and made weight before Ortiz announced his pull out from the bout.

Bisping watched it firsthand, having recently joined the UFC back then.

“Dana being a lover of the sweet science, loved this idea. The problem was he was 37 years old and he was living the life of a UFC president. So, he needed some time to get into shape. And that is what he was doing.”


“And by the way, I had signed with the UFC around this time. Let me tell you, Dana was taking this very, very seriously. He would work out wherever he could.”

Fortunately for White, the bout never materialized. Ultimately Ortiz felt slighted by how White managed to his career and even went on to claim that he was erased from UFC’s history later on. 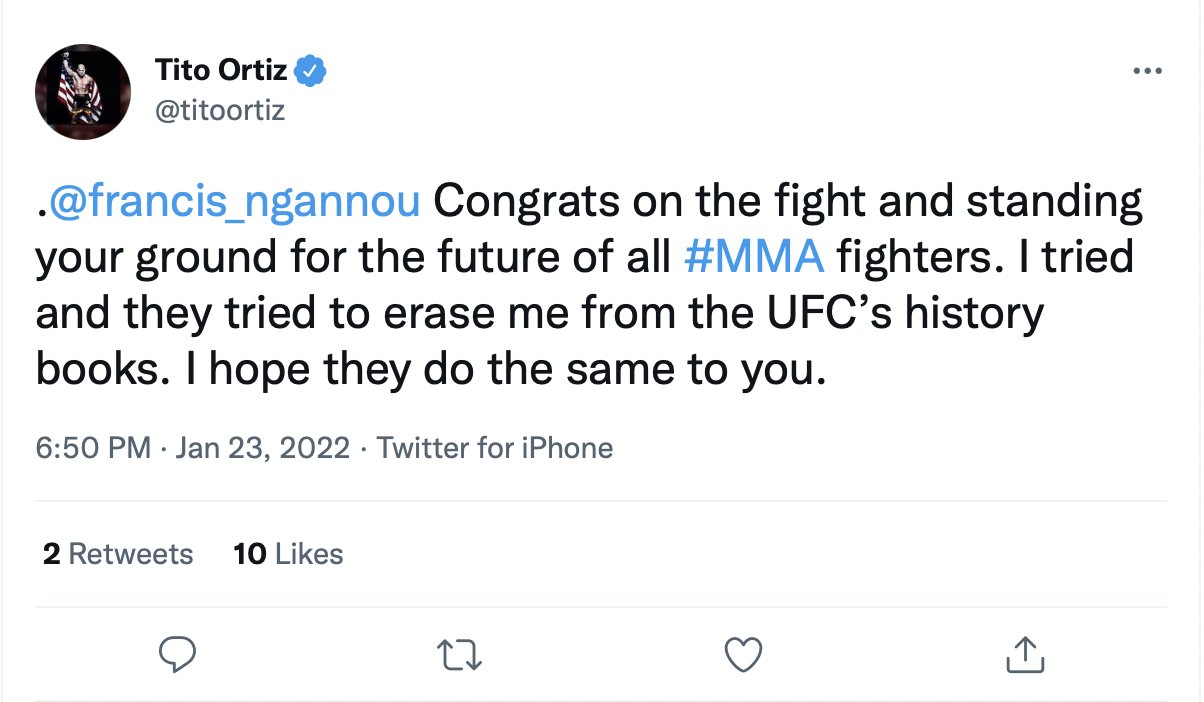