UFC president Dana White is well-known in the combat sports community for his tenacity. But the temperamental UFC boss previously battled with a crippling condition known as Meniere’s disease.

In one of his earlier interviews, Dana White discussed how he had run out of alternatives for treating the illness when Alex Rodriguez suggested therapy in Germany. After receiving therapy, White feels fully recovered.

Meniere’s disease is an inner ear ailment characterized by recurrent bouts of vertigo. It is a sense of excessive pressure and ringing in the ears.

As the fluid in the ear rises over normal levels and begins to impact the nerves, the disorder impairs balance and hearing. In most instances, it starts off just affecting one ear. However, as it continues, it eventually affects both. This may lead to total hearing loss.

Dana White has struggled with this debilitating condition and has attempted every treatment option. In Los Angeles, he had surgery that included inserting a tube to facilitate adequate drainage of the surplus ear fluid.

However, the problem was far from being ended. White continued complaining about having Meniere’s illness a few weeks following the treatment.

Alex Rodriguez then informed Dana White about the orthokine surgery when he learned of his problem. Rodriguez along with Kobe Bryant, George Clooney, and Pope John Paul received this treatment for their respective knees.

Orthokine entails the removal of a patient’s own blood and its alteration. It is then the patient’s body’s reintroduction of the blood. This kind of treatment uses autologous blood.

In an interview with Fox 7, White said, “A-Rod hooked me up with this stuff. So A-Rod told me, listen I know you’re going through this stuff. I don’t know if it’s gonna help you, but you should try it. Worst case scenario is it doesn’t work.”

Dana White claimed to be rid of Meniere’s illness after travelling to Dusseldorf, Germany. In a Twitter message, he said that he had been healed.

“I haven’t felt this good in two years. I was having attacks every single day. Every day. Some worse than others. Always felt dizzy. Never felt good.”

Dana White has urged others to utilize the same method to end their suffering after discovering the pleasure of successfully treating his disease.

@JonCocco yes I am cured

But White’s issues with his health didn’t stop there. White was scared into dieting and exercising after a sketchy alternative clinic proposed he had only 10 years left to live.

“This guy can take your blood and your DNA and tell you when you’re going to die, and he’s right within a month… I connect with this guy, and they come in and they do my blood work and they scrape the insides of your cheeks to do your DNA. And the following Wednesday is when my results are supposed to be back.”

“So he calls me [and says]… I’m going to come out personally and walk you through your blood work… He ends up coming out, he sits down for three and a half hours and goes through my blood work… He gave me 10.4 years to live.”

White is now full on pushing links to the clinic so he’s more than likely sponsored by them. But it’s hard to refute the positive impact that had on his life. Just overnight White shared a picture of himself looking in tip top shape for 53. 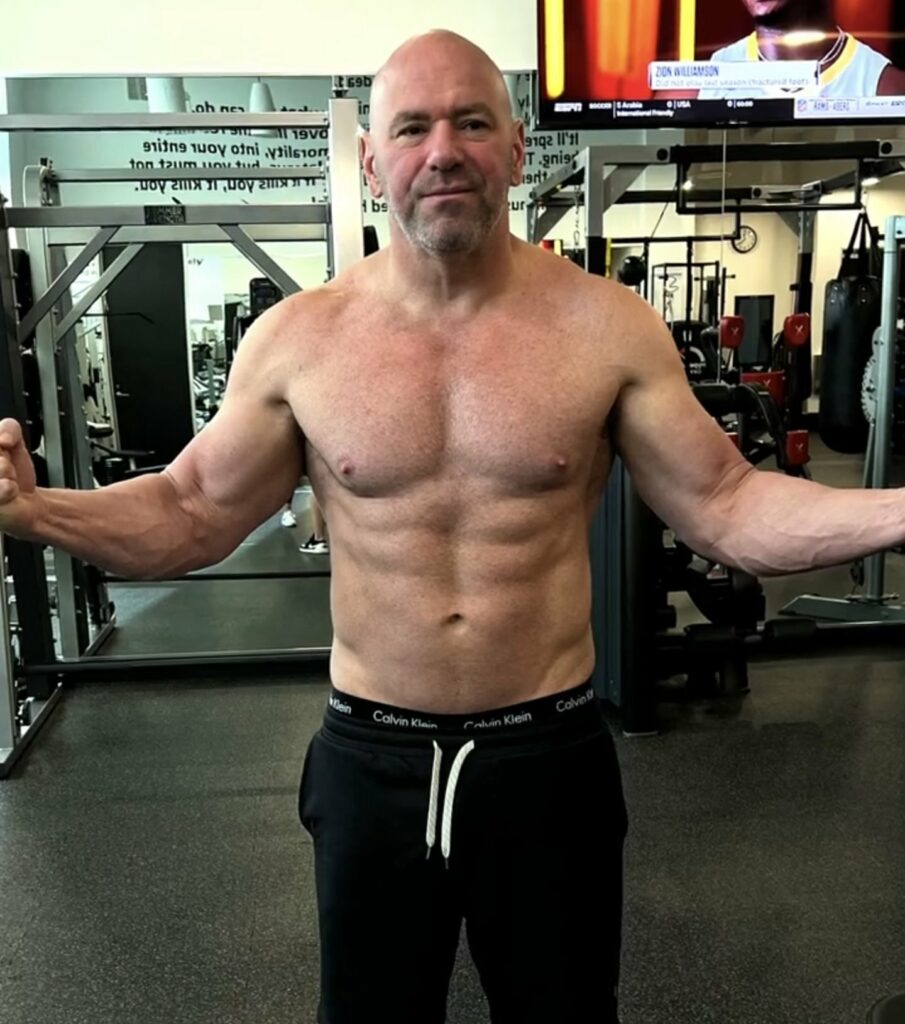