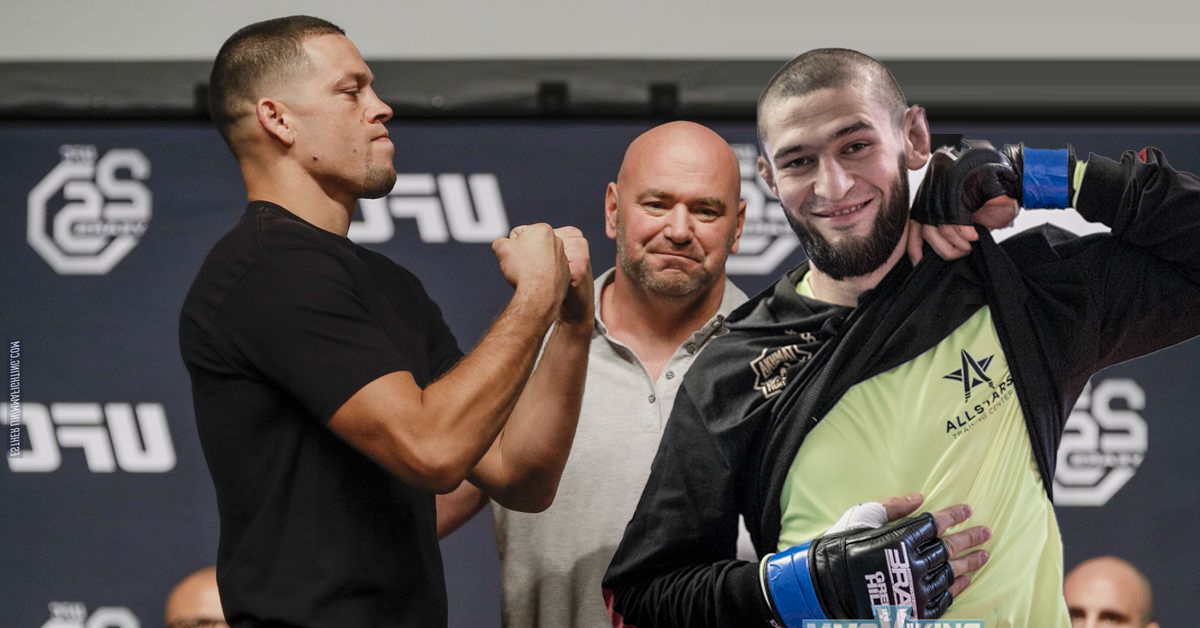 Dana White has revealed he might be looking to book Khamzat Chimaev for the last fight on Nate Diaz’ contract.

In a talk with TMZ White has revealed:

“Yeah, we’re gonna talk to Nate about it [a fight with Khamzat Chimaev]… a hundred percent.”

Prior to that White made no indications who the promotion wanted to book for Diaz – especially considering the ever so marketable star Diaz was not eager to extend his contract.

Prior to Chimaev it was discussed Diaz would be fighting Vincente Luque – however Luque’s manager revealed they’re moving away from the match up because they thought there was no chance of UFC booking it before Diaz extends his contract.

UFC has attempted to tame their overreaching contracts in recent years – they’re now said to be maximum 5 years long whereas prior to all the class action lawsuits and negative publicity they could basically use clauses to extend indefinitely and keep a fighter benched as long as it suited them.

Chimaev is very eager to contend for the non belt- ie the so called BMF belt which was basically a promotional tool to promote the UFC motion picture in development around the life of Mark Kerr. The movie seems to be on the back burned – possibly because the current UFC audience isn’t familiar with Kerr’s body of work.