As the face of the promotion, UFC president Dana White is often regarded as a greedy person especially after people realize how UFC pay is structured. However, the 53-year-old millionaire sometimes rewards those who please him. Recently White gifted  $250,000 in cash to Kyle from The Nelk Boys on his birthday.

But White has been dealing with a lot of bad publicity stemming from his GQ interview which was supposed to be fluffy but instead pressed White on UFC pay structure. 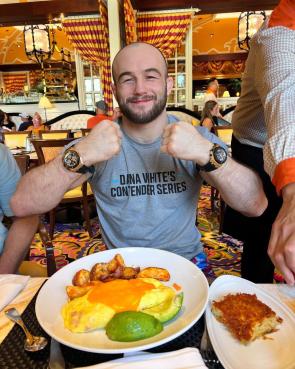 The 29-year-old Polish athlete faced Rodrigo Lidio at DWCS 52 on August 30. The pair clashed in a lightweight bout. Rebecki showed the skill gap between him and Lidio and only needed 3 minutes to end the match.

Mateusz Rebecki tried to drag Lidio to the ground as soon as the horn rang. On his second takedown attempt, Rebecki immediately controlled the fight and got on top of Lidio. He then locked a rear-naked choke but Lidio tried to escape by rolling. However, the BJJ expert still got his neck, and soon after Lidio tapped.

RNC with 0 hooks 👀
Rebecki with the 1st Round sub pic.twitter.com/1SK3fOhIQE

The hookless rear-naked choke victory impressed Dana White and he can be seen giving Rebecki standing applause. Soon after, it was revealed that Rebecki received two luxury watches from the UFC head honcho.

White gifted him two of Audemars Piguet Royal Oak Offshore Chronographs. They vary in prices from about 16,000 USD for a used watch from the 1990s or 2000s to about $50,000 for the 2021 edition. They’re also commonly featured on wishlists of watch collectors. 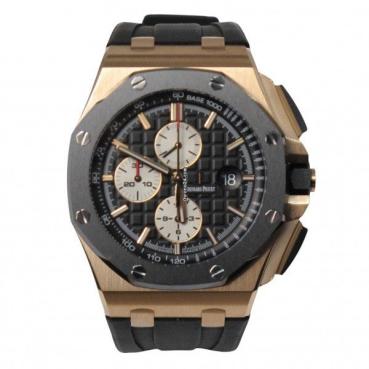 Mateusz Rebecki has an MMA record consisting of 16 wins and 1 loss and most of his victories were via finishes. With the recent DWCS victory, Rebecki was given a contract to compete in the UFC.

In an interview following his victory, Rebecki said he wants to fight decent grapplers in the UFC as he has only fought strikers in his previous matches.

“It doesn’t matter to me. I’m a normal fighter. I want to soon get some fight with anybody – it’s not a problem. Maybe just an opponent who tries takedowns, a different style. Every one of my opponents is a striker. Maybe change my style of opponent.”

“It’s very important for me that Dana White watches my fight and I just want to show my best performance, and I do this. It’s good for me. It’s good because I’ve been training really hard and someone sees this and understands how I’ve been doing everything to be here and show what I do.”