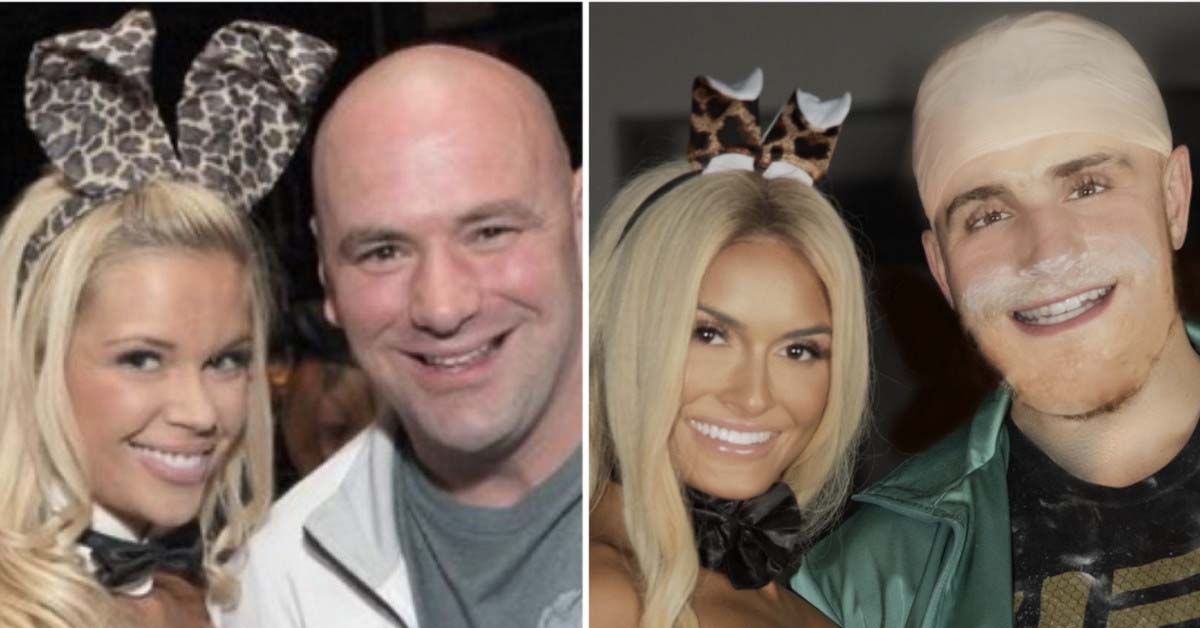 Dana White is enjoying his back and forths with Jake Paul – especially after the latest revelations about the youtuber turned boxer.

Just last week Paul challenged UFC fighters Jorge Masvidal and Nate Diaz. Admittedly Paul was more serious about Masvidal jabbing at him about how “Daddy Dana” wouldn’t let him box. If Masvidal is to be believed to money offered was far too low and UFC would make it happen for the right price.

In addition to this Paul has also called out Dana White for allegedly using coke repeatedly. He even went so far as to dress up as White for Halloween. 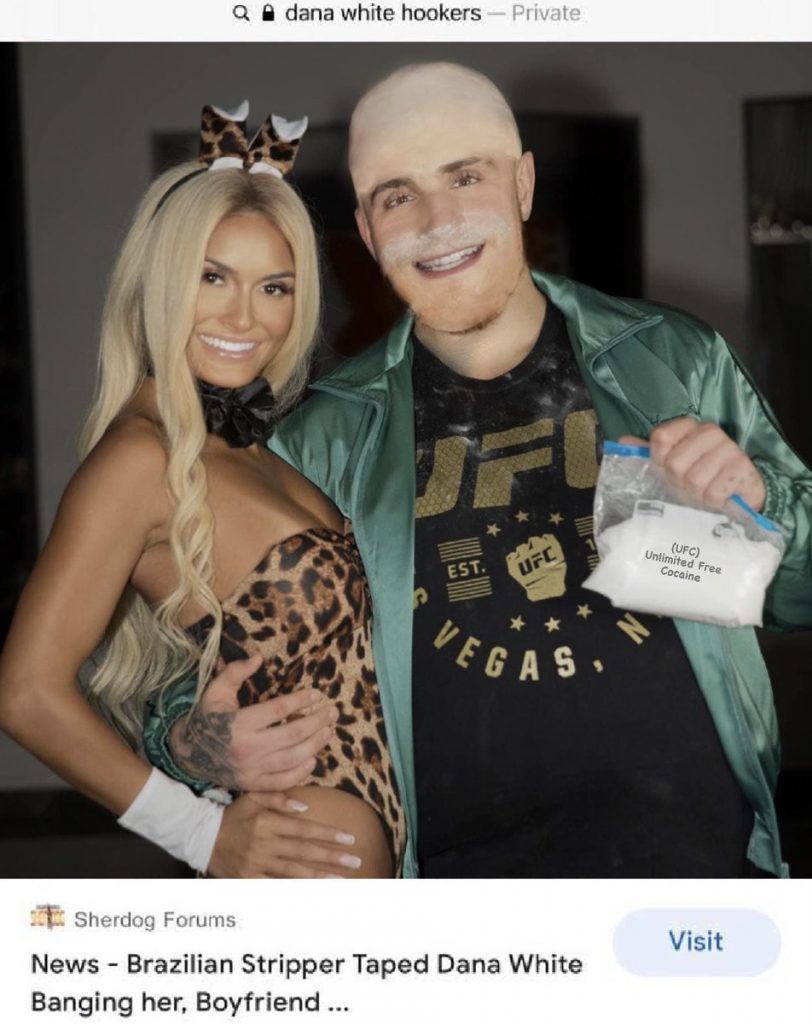 This is of course – a real headline.

White recently made an appearance on the podcast of celebrated boxing coach Teddy Atlas.

“I got a challenge for Jake Paul,” White said, according to MMA Junkie. “This guy keeps saying that I’m a coke head. He can randomly cocaine test me for the next 10 years if I can randomly steroid test him for the next two.”

Paul (5-0) has previously denied using PEDs – but he was also reluctant to agree to be tested in the prelude to Tommy Fury fight.

White went on to say:

“No (scenario I’d let Diaz or Masvidal box Paul while under UFC contract),” White said. “You notice how he wants to fight f–king everybody that’s not in his weight class, guys that are older and all this bulls–t. Go fight a boxer. Go hump somebody else’s leg, you goofball.”

And that’s saying something considering that White never turns down a good payday – after all he once backed the peculiar challenge that saw Conor McGregor box Floyd Mayweather in what was likely a detrimental period for his MMA career.