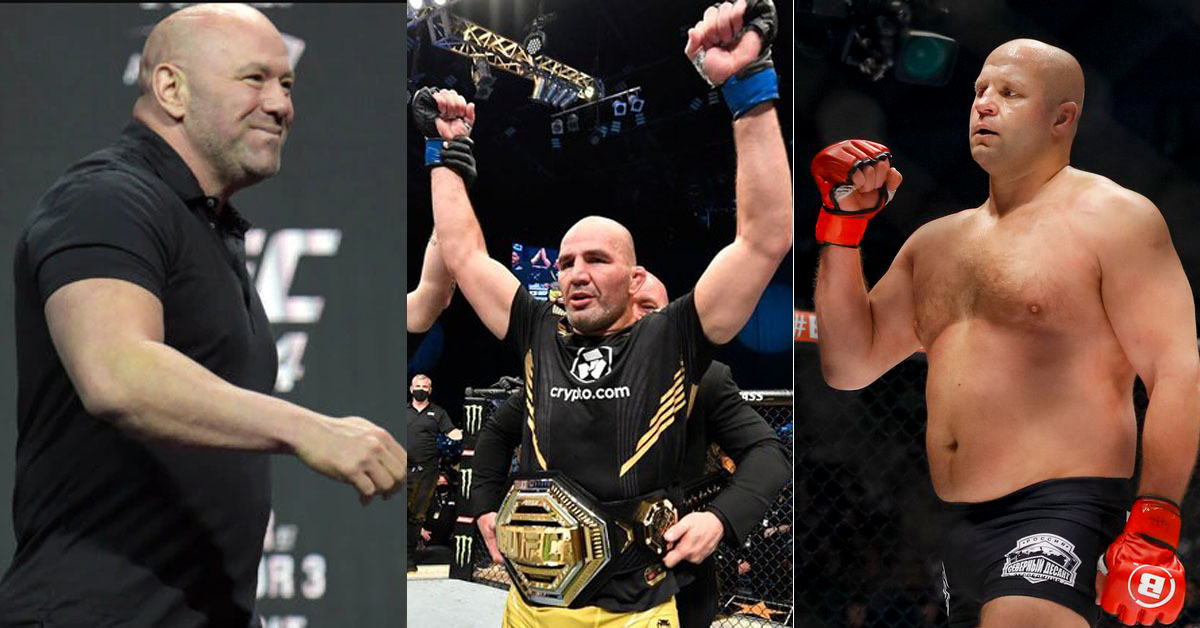 Dana White just can’t let things go – and in this case it’s to his detriment. While it’s highly improbably 45 year old Emelianenko would ever appear in the UFC cage – Dana White still isn’t over the way Emelianenko discussed their negotiations in recent history. In case you missed it – Fedor deems the UFC boss a bit heartless and money obsessed.

“Money means everything to him,” Emelianenko told Russian outlet TASS. “He has no respect towards fighters, no respect for any human being. Only money and that’s all.”

“First of all, I don’t even know Fedor,” White said. “Fedor doesn’t know me. We met one time. His statement was I was all about money — he should have been more about money when we made you that offer wherever the f*ck we were, whatever island that was we were on, and you wouldn’t still be fighting at 45 years old.”

Now this is a fascinating take from the man who just crowned the 2nd oldest UFC champion in the history of the promotion in 42 year old Glover Teixeira.

For Teixeira, the road to the title wasn’t easy – it took 21 fights in the UFC. But in spite of having fought non stop since 2002 Teixeira won’t be able to hang up the gloves so easy.

Total estimated earnings since 2012 for Teixeira are about 2.7 million dollars* excluding the last fight – of course before taxes, managers and coaches. If we divide that number with the number of years it took Teixeira to earn the money the picture gets even bleaker. The newly crowned champion will have lived with between 200.000 USD and 300.000 USD per year – and that’s not counting on any medical expenses he might’ve had. All things considered odds of Teixeira being able to retire on his UFC income is laugh worthy so White’s comments are additionally dubious.

*estimated pay to Teixeira for UFC 267 is rumored to be about 432.000 USD – this number is unverified and highly suspect due to the fact that Abu Dhabi Athletic Commission doesn’t disclose pay. And additionally suspect because UFC 267 wasn’t even a PPV card. In case the incessant ads didn’t tip you off – 267 aired on ESPN + and was largely funded by Abu Dhabi Tourist board hence why it was happening at such a strange hour for the USA audience.