Dana White is in an interesting predicament. Paddy Pimblett is arguably one of the biggest stars in the making in the promotion right now – and unlike some other stars – he’s from a marketable region.

Pimblett has given off the impression of an affable rookie who leaves his heart on the sleeve up until UFC 282 media week.

During the week leading up to his big co-main event, Pimblett had Dana White on his podcast and managed to come off like a patsy and quite unhinged.

Pimblett expressed his disdain of Ariel Helwani in front of White, blaming Helwani for making money off of mixed martial artists that guest on his podcast.

As Helwani pointed out in his detailed rebuttal, the journalist’s job is to cover the events and he’s not exactly in the wrong for getting paid for for pursing his career.

Not to mention the fact that Helwani had Pimblett on the show years before an average UFC fan even had a clue as to who he was.

Things went sour between the two after Pimblett’s manager asked for payment in return for a guest spot on Helwani’s BT sport segment. Helwani was stunned and ended up discussing the incident without naming names with Pat Macafee the following day at which point Pimblett’s manager made a post that all but confirmed that it was about them when the manager posted this on his social media: 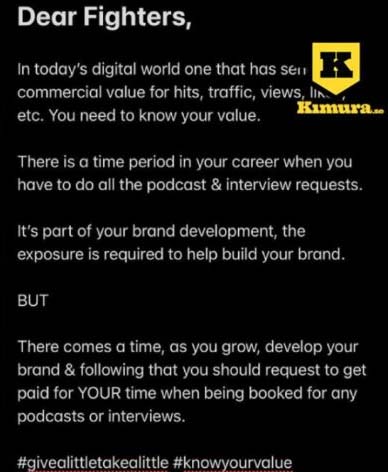 Pimblett’s likeability took a major hit afterwards. The whole situation went a step further when Pimblett won a highly contested decision over Jared Gordon – refused to admit that the bout was very close and even went so far as to ask White for a $50,000 bonus in front of his patron Dave Portnoy.

For Pimblett’s part, he refused to provide any of the ‘receipts’  he felt he had to refute the lies Helwani exposed. Instead he opted to try and just keep going forward, as if that wasn’t a huge ordeal.

His fans are not so keen on the idea of ‘business as usual’. 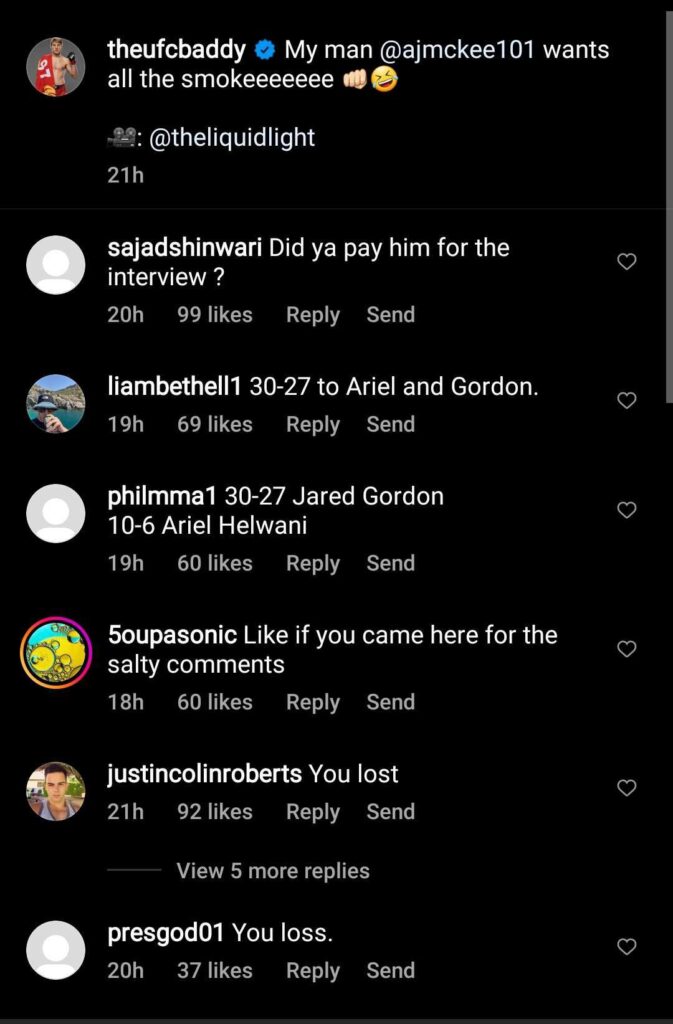 Regardless of what Pimblett is talking about, the commenters seem to be mostly focusing on his beef with MMA’s leading journalist.

This isn’t that big of a surprise when you consider MMA Hour’s statistics. Helwani’s takedown of White and Pimblett’s podcast has close to 800k views and is by far the most watched clip in MMA in last couple of months.

Fans are filibustering all his social media posts and it’s so bad that UFC’s boss Dana White actually came to his defense!

“Nothing but CREEPS on this whole thread.” – White wrote responding to nobody in particular akin to a parent defending their child.

The fans were not placated by White’s response. 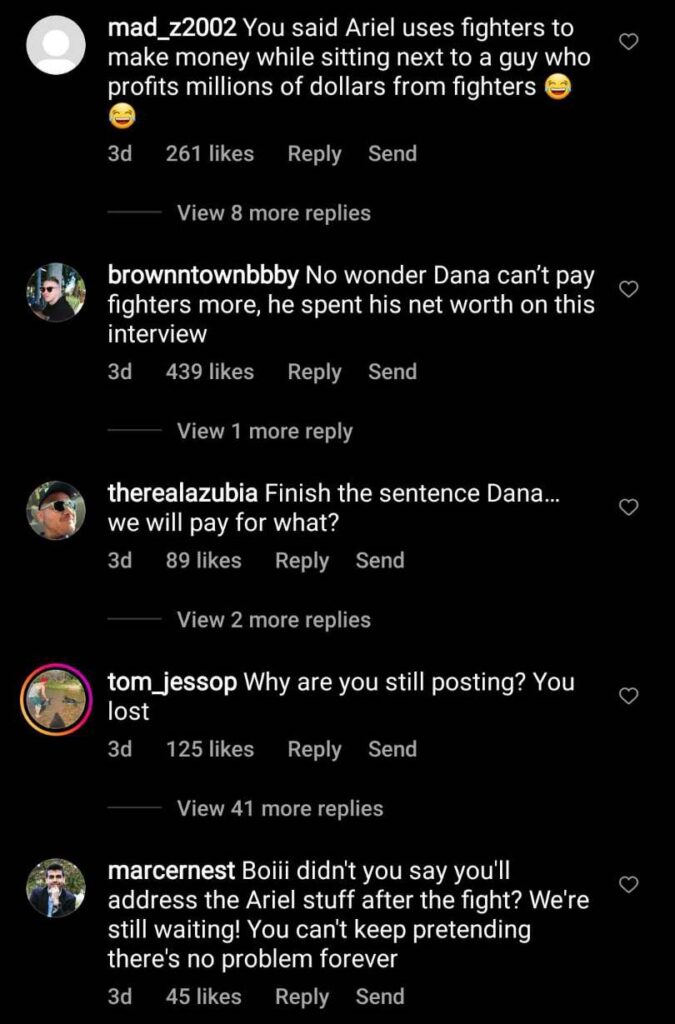 It’s hard to see where exactly Pimblett goes from here. He doesn’t make a particularly lovable heel and he definitely doesn’t have the skill to back it up. Pimblett currently competes in the lightweight division, a division so stacked that Conor McGregor and Tony Ferguson aren’t even ranked any more.

Regardless, it’s interesting to see White trying to defend Pimblett from the social media havoc he helped cause.