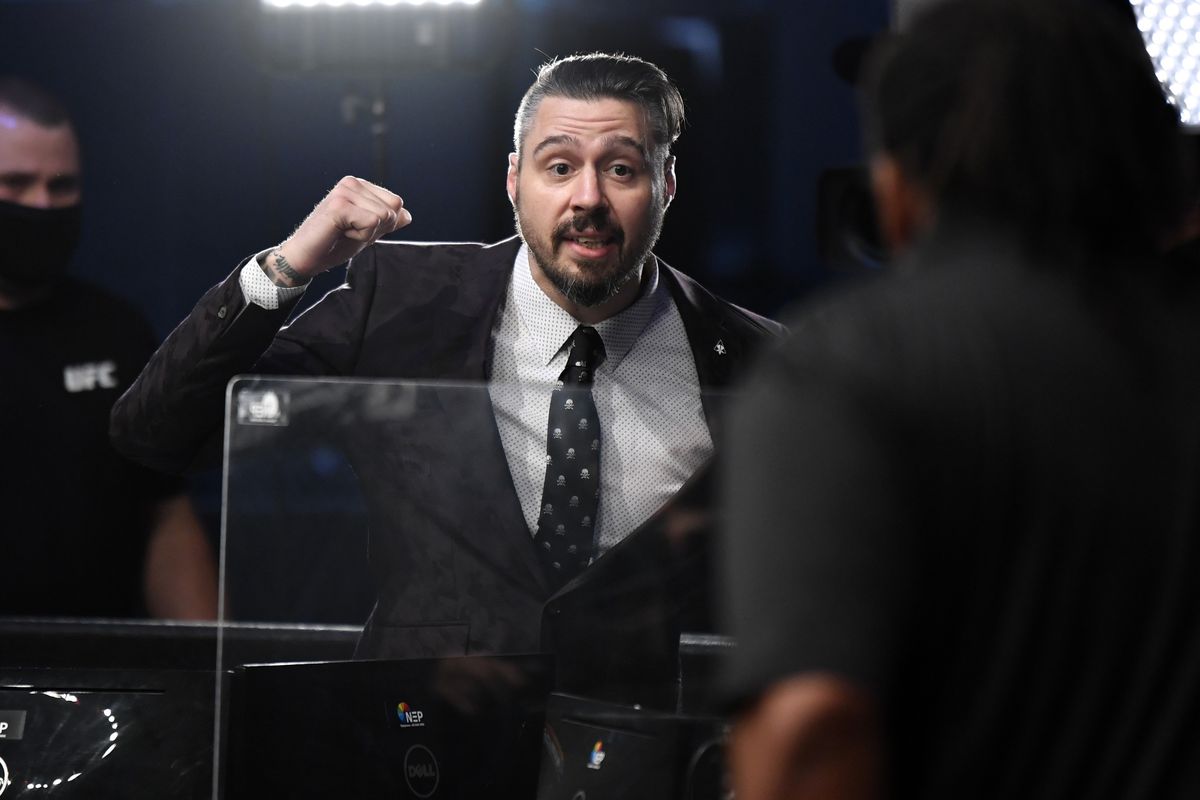 For former UFC fighter turned commentator Dan Hardy – fighter pay is an issue close to his heart. At 39, Hardy is reportedly looking at his options and the prospects are grim. One option on the table currently is a ONE FC Muay Thai match up against John Wayne Parr (45).

Fresh off of getting fired by UFC and BT Sport, Hardy is somewhat unmuzzled and lashed out on the thorny issue of fighter pay:

” It’s not a good look. I also don’t think it’s a good look for someone like Brian Kelleher to say that he’s looking for a YouTuber to fight so he doesn’t have to get a job at Walmart after he’s done with his career. Then there’s the other female fighter that she started a GoFundMe account.

It’s just not a good look, especially when you’ve got fighters on one side starting GoFundMe accounts and on the other side, the UFC are signing $175 million contracts where the fighters will not see a penny of it. It is disappointing.

The environment that’s been created by the UFC is everyone scrambling for the scraps. It’s all about bonuses. Why can’t it be about the pay? Make sure these fighters are covered before they get in there so they’re not fighting at a deficit and hoping a bonus bails them out.”

Another veteran who got a menial job is a cautionary tale for Hardy:

“But if these guys, like Ryan Benoit, I know he had a job with UPS for a while when he was considering retirement. We don’t want to lose Ryan Benoit to UPS. We want him to have his MMA gym.

We don’t want Kelleher to be checking people out at Walmart. We want him to have his MMA gym or to be a judge or a referee or something. We need these guys within the sport.”

Of course – Hardy used to have a pretty sweet gig in the sport, that is until he a got into an argument with a female employee at a UFC event in Abu Dhabi and got fired by both UFC and BT Sport.

Hardy somewhat refuted these claims in follow up interview:
“The incident in fight island, it was a disagreement between myself and another employee of the UFC who, I just feel was, the person was being obstructive in helping me do my job,” said Hardy. “And I asked the person why, and I felt like I was told a falsehood, which I called them out on. And that’s my side of it.”

“I wasn’t aggressive, I wasn’t insulting towards her, I wasn’t threatening in anyway,” he continued. “That’s just not who I am. I was forthright and I was to the point, and I asked the question about why opportunities were not getting through to me when they previously had done for the past few years … Obviously, there was frustration attached to that, because my job is to promote the sport and build the sport as much as I can. And these were media opportunities that I felt would be beneficial for, especially for my region, for the UK. So, obviously there was a little frustration there, but that was it. It was purely a disagreement. I think the aftermath of it is a much more about my calling the person out on not speaking the truth to me and the people present, colleagues of ours.”