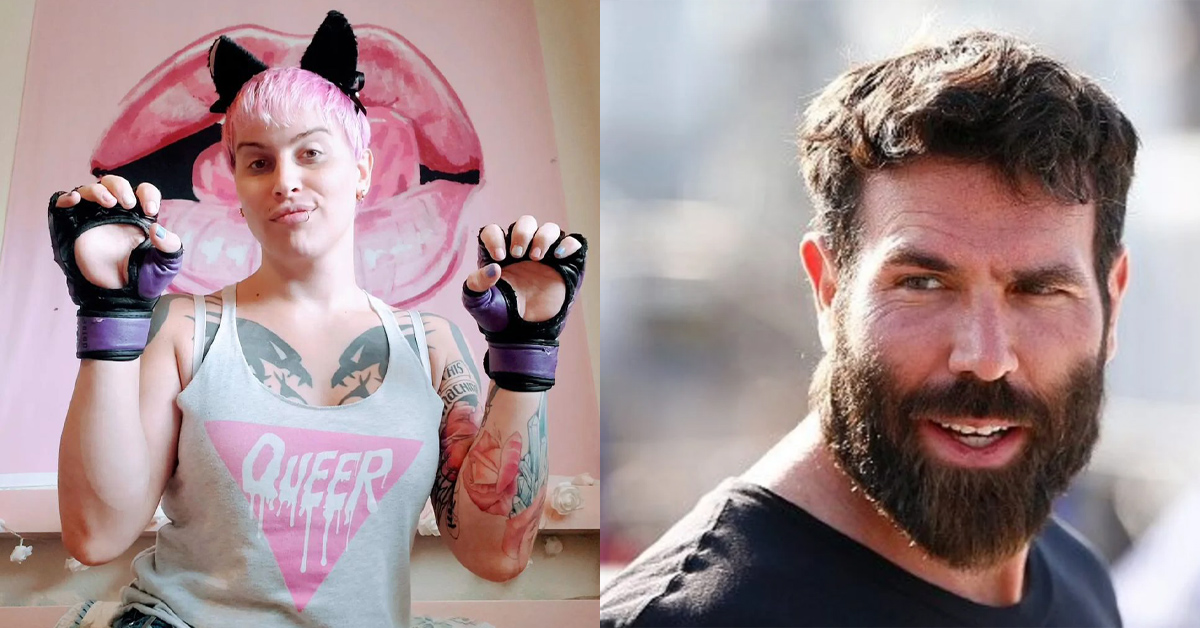 A while ago Alana McLoughlin made her MMA debut facing Celine Provost. In spite of Provost winning the first round and having somewhat better technique – McLoughlin battered the opponent in round 2 and ultimately finished via rear naked choke. This wouldn’t be controversial – had Alana not previously been a man enlisted in the army.

Doping expert More Plates More Dates Derek recently hosted controversial personality Dan Blizarian in a must hear podcast. In it the two discus a whole range of topics from PEDS to financial investments. One topic the two are in uniform agreement about was the topic of McLaughlin battering her opponent.

The two were discussing wokeness when they touched upon the recent incident:

“That mentality is just like… follow the herd even if it just makes no sense. Like, you know, trans women in sports for instance. You got a f—–g you know like a biological man beating the f–k out of some girl.

This is like an ex special forces guy. You know and like here’s the thing dude I don’t give a f–k what you do. Like every one of my assistants is gay, like, I love gay guys. ”

Later Dan clarified:
“I don’t care if you want to chop your d–k off, I don’t care if you want to dress and f—ing
whatever, like, I really don’t give a f–k. But like competing against women just like from a f—–g like bone structure, hormone standpoint – it makes no f—–g sense. But everybody’s so worried about being politically correct that they can’t see things that on the surface are just like so f—–g blatantly obvious. But they’re so worried about being offensive…”