Curtis Blaydes has long had the nickaname ‘Razor’ – to any of us with brains it’s no surprise as to how this nickname came to be.

Still there are some, like MMA analyst Brendan Schaub, who get confused.

Curtis Blaydes' nickname is Blades because it rhymes with his last name. (H/t @sayfun) pic.twitter.com/2swhDrO3HW

But nobody predicted Blaydes would be commemorating his nickname with one of the worst tattoos in a sport riddled with bad tattoos. This joins the recently retired Jose Aldo who had an epic entry into the UFC hall of shame tattoos with this nugget. Not that any of those can beat this entry from Renan Barao. 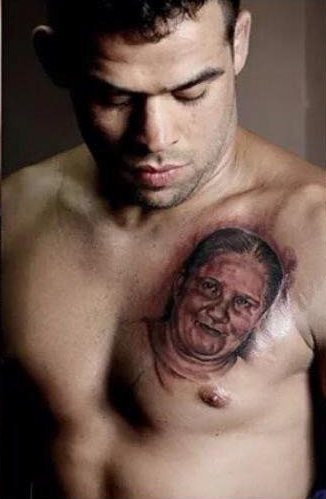 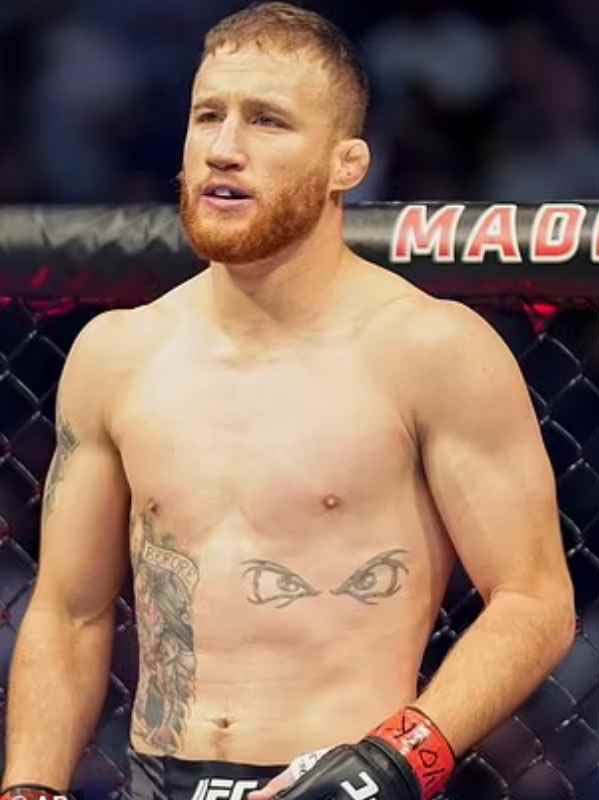 Justin Gaethje’s “Bad Boy” Tattoo – Gaethje has a tattoo of a Bad Boy logo. Bad Boy is an American lifestyle and sportswear brand but while Bad Boy gear was once a staple in the UFC it’s been a while since the gear lost it’s ‘cool cred’. 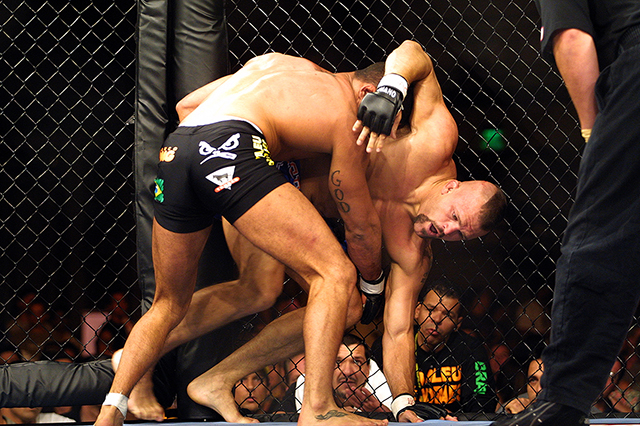 Gaethje never explained the ‘meaning’ of this art – if there is any. The eyes tattoo was the target of internet mockery when it first appeared; it is located on the left side of his ribcage. 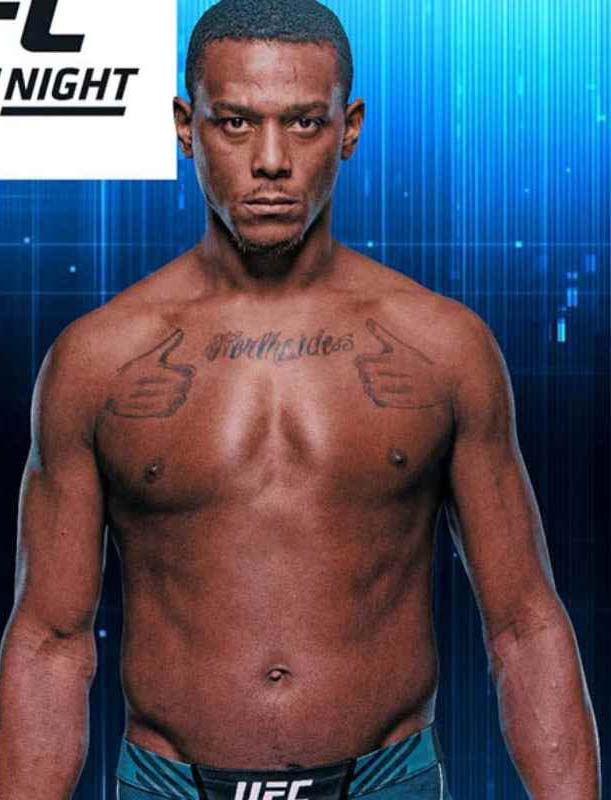 Jamahal Hill’s Thumbs up – UFC light heavyweight contender Jamahal Hill has several tattoos. However, two thumbs-up tattoos are on the outside margins of his upper chest.

The artwork is absurd and probably doesn’t express what Jamahal Hill intended. However, given the weigh-in scenario in which Hill stood on the scale with two thumbs up, imitating his tattoo, the tattoo may have been meant to be comical.

In addition to absurdity the quality of the work is also highly questionable.

Charles Oliveira’s horrible chest portrait tattoos. Oliveira has long been in the UFC and he’s certainly a fan favorite.

Charles Oliveira has a number of tattoos. But perhaps the most prominent – and jarring – are the ones on his chest. Alongside his daughter’s face on his chest, Oliveira also included two of the most important people in his life – his parents. The quality of the work is suspect in addition to the overall aesthetic being just strange. Nunes is definitely one of the fiercest champions in the UFC. She’s defended her title a number of times and in impressive fashion – however her body art leaves much to be desired. Perhaps the most jarring image on her are the strange belts she had etched to her bicep. The belts are meant to “hold up” the armor pieces on top of her arms but they read as simply aesthetically displeasing. Caio Borralho’s neck tattoo is another addition to the ‘what was he thinking” pile. Not only is the ‘Free Spirit’ sign slightly crooked. It looks out of place and the choice of the font is baffling. Borralho says the tattoo has two meanings to him.

“Yeah, there’s a lot of meaning in these tattoos. But I think the principle in this one is that I’m free inside the octagon like I can do everything over there,” Borralho told media.

“That’s why they call me ‘The Natural’ because everywhere is natural for me. I’m a free spirit inside the octagon. Free of pressure, free of anxiety, free of fear. I don’t judge anything go over there, you know?”

“The other meaning is that people need to be free spirited a little bit more. Like, I see social media and stuff and everyone trying to be like, other guys. No, no, you need to be yourself to be free. So I myself, I’m unique, and I’m a free spirit. And I hope this message is passing to everyone you know.”

When we talk about bad tattoos it’s hard to pass up Masvidal’s homage – to himself. Jorge Masvidal memorialized the moment that made his career – the flying knee over Ben Askren – with a shoulder homage. However the design, execution and even the position were endlessly ridiculed.

Askren was among those who ridiculed Masvidal’s peculiar choice.

“I think it’s semi-telling how important that singular moment was to his career,” Askren said. “He knows it and tattooed it on his body because it was that important to him.” 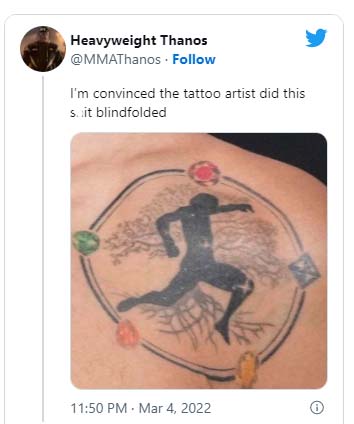 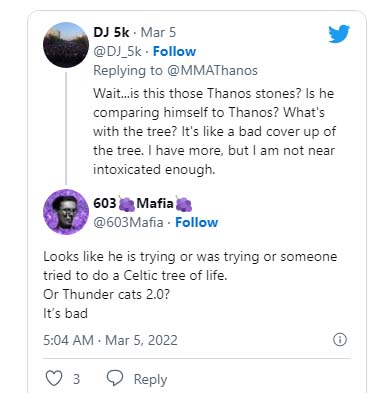