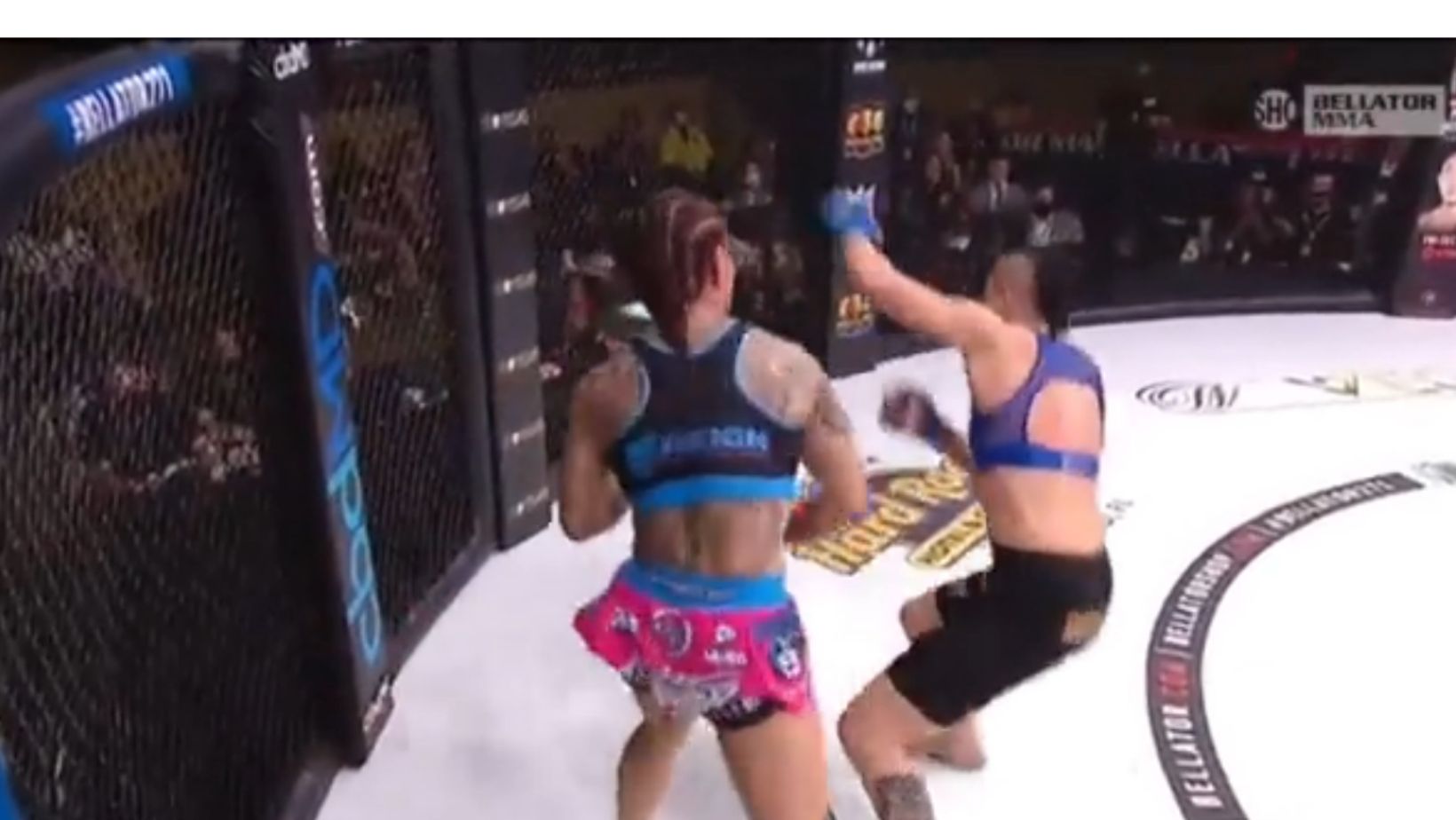 Cris Cyborg has long been one of the most intimidating female fighters. 36 year old Cyborg would likely still be in the UFC if her team hadn’t misconstrued what Dana White had said after all. In her post UFC career – Cyborg is one of Bellator’s biggest headliners. Last night’s event was no different. In the main event of Bellator 271 Cristiane Justino fought Sinead Kavanagh. The fight lasted just over a minute.

CYBORG KO’S KAVANAGH IN THE FIRST ROUND!!! GOOD LORD!!!! pic.twitter.com/AePJ4RrCWy

“I didn’t do anything my team planned, so sorry,” Cyborg said afterward. “But I feel great about it.”

“I think probably she’s searching for the place who can pay (her) the most money for her fights,” Cyborg told MMA Junkie on Wednesday. “I don’t have any problems with Kayla. We can fight. It’s a good fight for me, too. Bellator knows always. When I signed with Scott Coker, I said, ‘I would like to do cross-promotions.’ Maybe, I can have a rematch with Amanda Nunes. Maybe, I can fight somebody who is the champion in PFL. Maybe, I can have the opportunity to fight in Japan. That’s one of my dreams, but I’m focused Friday on Sinead.”

Harrison was cageside at the Seminole Hard Rock Resort & Casino watching Cyborg’s performance. Her newly acquired status of a free agent has her fielding offers from UFC and Bellator no doubt.

“My first impression was she’s not as big as I thought she was gonna be,” Harrison told MMA Junkie with a laugh.

Then she got serious.

“But all joking aside, obviously Cyborg is a trailblazer in the sport,” Harrison said. “She’s a pioneer. She’s a trailblazer. The only problem with that is I’m on this trail now. But it was great to watch her live. I’m super impressed as always. She puts on a hell of a show, and I’ve got nothing but respect for her.”