UFC legend Donald Cerrone officially hung up his gloves following a submission loss against fellow legend Jim Miller at UFC 276 last weekend. In his retirement speech, ‘Cowboy’ addressed his desire to pursue a career in acting after retiring.

“I’ll definitely take a Marvel movie,” Cerrone told Middle Easy, when asked about what movie franchise he’d want to be in.

“That’d be sick, yeah for sure. Recurring Marvel movie? Yeah, one hundred percent.”

Despite actively fighting for decades, Cerrone has also landed a number of acting roles including The Equalizer 2, Spenser Confidential, and The Terminal List, with MCU star Chris Pratt.

“I’d love to work with Chris Pratt again. Or even Chris (Hemsworth) as Thor. Any of the Marvel guys, they’re all studs. If I could probably work with anybody on a movie, I’d probably pick Leonardo (DiCaprio) for sure. I’d love to work side-by-side with him. He’s a stud.”

But of course Cowboy is conveniently forgetting his own problematic history that makes his movie career more likely to continue with The Daily Wire than with any of the legitimate studios.

Back in 2014, Donald Cerrone used a racial slur to refer to Melvin Guillard in the lead up to their bout. This wasn’t his only time using the slur either.

Bobby Green accused Cerrone of making racist comments towards him and about black people, in a since deleted interview with journalist Ariel Helwani.

Cerrone dismissed his claims, maintaining that if he were racist, he wouldn’t “have three black guys living with [him]” 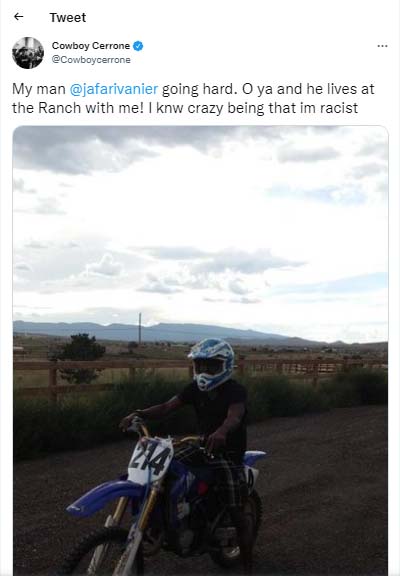 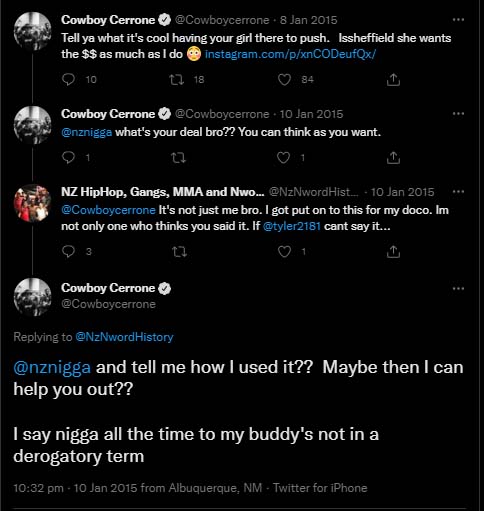 In addition to it – there’s also this questionable posting. 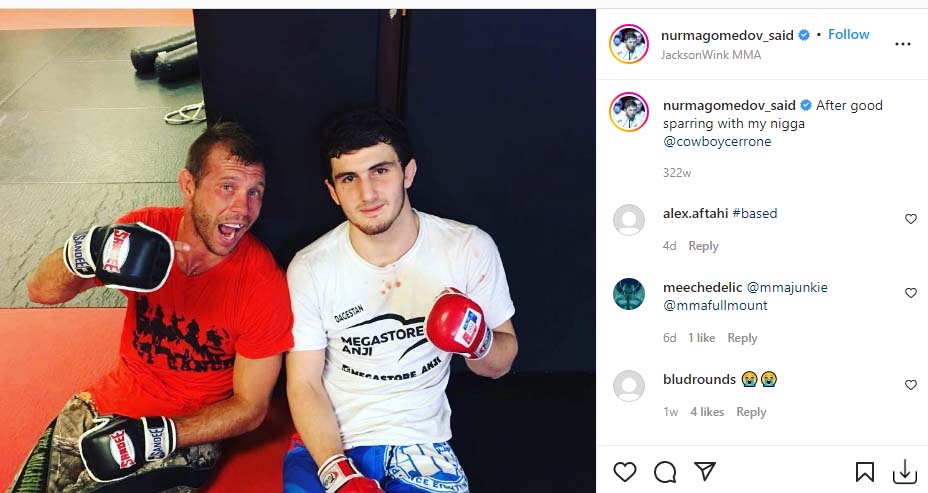 According to Sterling, after Cerrone made a comment about his gold chain that made him feel “uncomfortable”, he then used an “inappropriate word” in front of Sterling. While Sterling never specified what the word was, he strongly implied it had racial overtones. When he asked for an explanation, Cerrone allegedly started to threaten him.

It’s interesting to note that Sterling is one of the men that defended Joe Rogan when he was facing similar controversy.

And Cerrone using the slur wasn’t even an isolated incident. 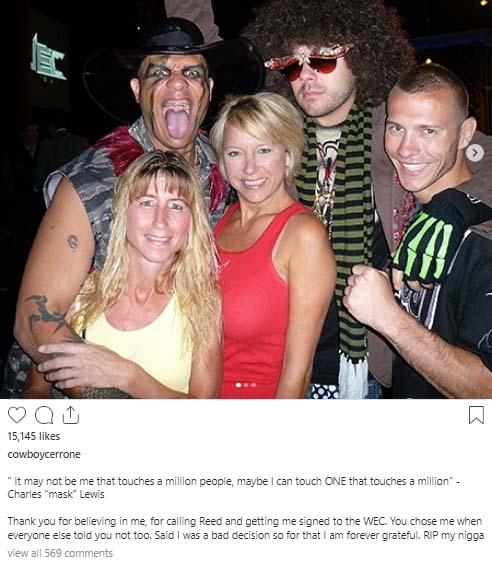 And if you’re sitting there thinking that this might all be forgotten considering he’s in a movie with Chris Pratt- Pratt isn’t exactly doing great in his career.

Back in 2020, Pratt had been ‘cancelled’ after essentially dissing his son from the first marriage and thanking 2nd wife, Katherine Schwarzenegger for giving birth to a healthy daughter. The situation only escalated from there and had reportedly caused Pratt to be widely referred to as ‘the worst Chris’, A moniker he allegedly cried over.

Additionally, Pratt is rumored to have a particular view on the Covid 19 pandemic which had caused him to only take voice over work in the last two years.

While he’s welcome in MMA – thanks to being a client of UFC’s owner Endeavor – the wider audience isn’t exactly warmed up to him.