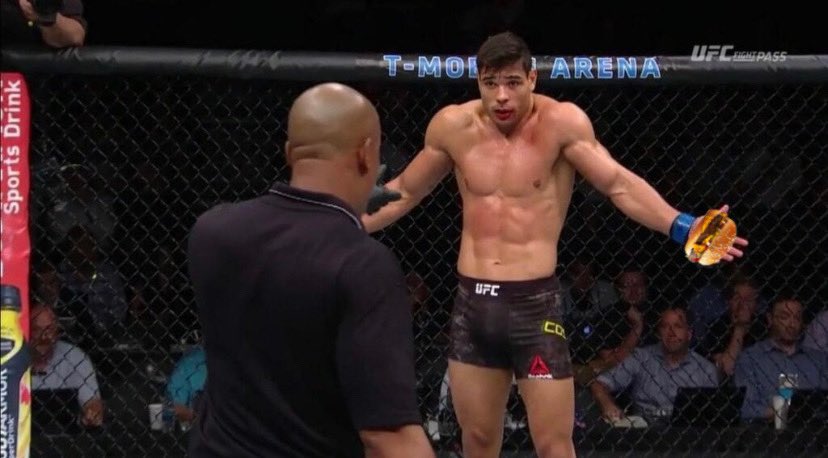 Paulo Costa seems to be making enemies for life with the latest stunt he pulled. In a startling turn of events Brazilian claimed he was unable to also make 195lbs (88.4kg) – 10lbs over his weight category of 185lbs (83.9 kg) – and the fight against Marvin Vettori will now be at 205lbs (92.9kg)- an entire weight division higher.

Costa released a video of himself in a portable sauna – even though he initially appeared somewhat solemn by the circumstances pretty soon the video the video took a joking note.

Vettori didn’t back out of the fight with this new development. Regardless his manager appeared livid:

First costa asked 195 lbs @MarvinVettori said yes. After that he asked light heavyweight Marvin said yes.Marvin is the real fighter. But i was not cool that costa making a joke about weight. Sat night Marvin goes to jail hurting this man. This is not a game

I wasn’t gonna say nothing but he is making fun of weight cut. He is doing everything to make ufc to cut him and cancel the fight. But this is not gonna happen https://t.co/jKiKuuVPDx

I was being told he will never be allowed to fight in middleweight again. I will do my best to make his opponent last name Magomedov. This is disrespectful to the sports, the coaches, training partners, even worst his team laughing with him and think it is funny

Paulo Costa was originally fined 20 percent of his purse for the fight being bumped to 195-pounds. ESPN’s Brett Okamoto has confirmed that the fine will remain in place.

Some speculate this type of unprofessional behavior from Costa might be a provocation for the UFC to sever the contract with him.