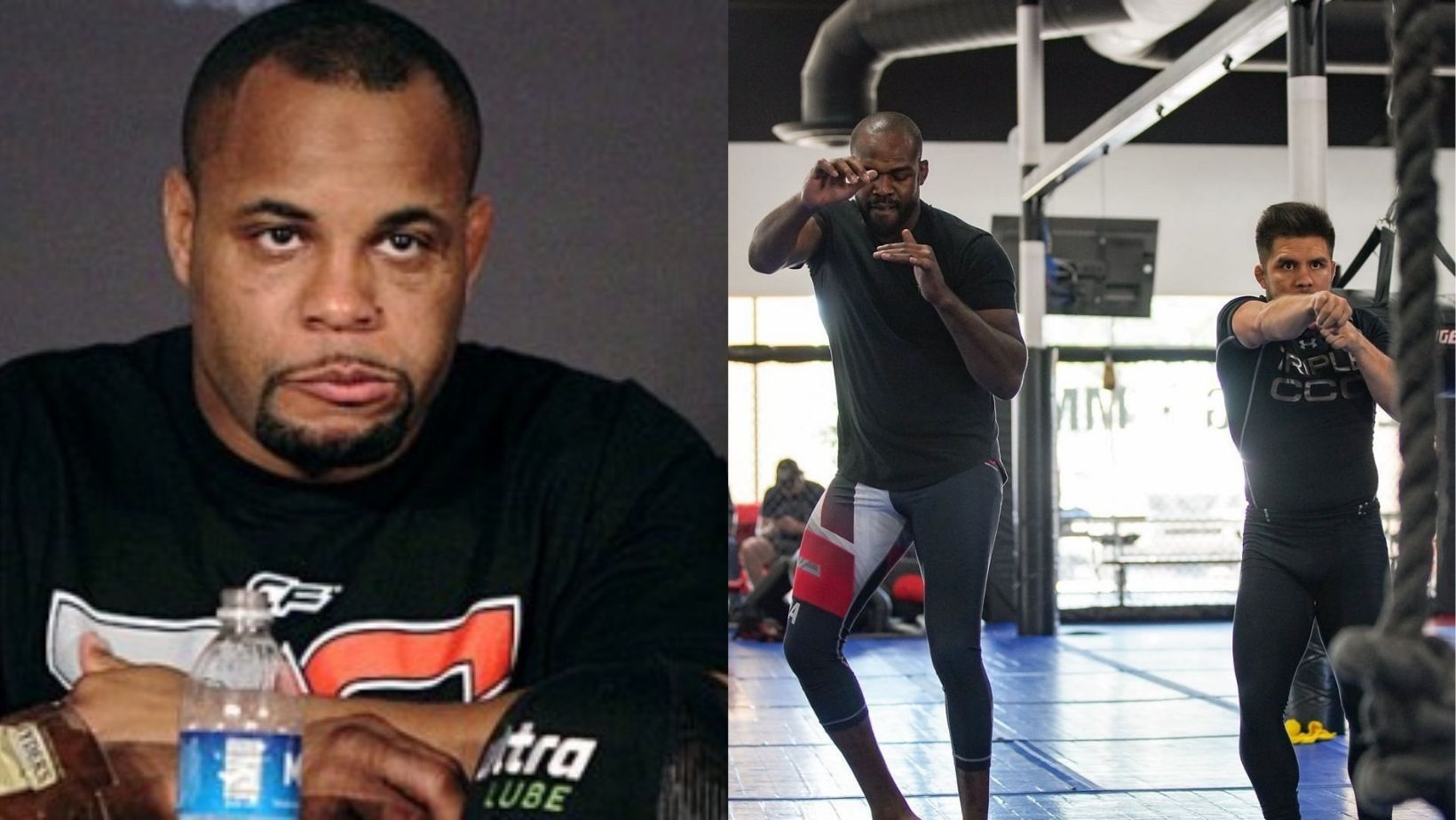 Daniel Cormier and Jon Jones are one of the greatest rivalries in the history of the UFC and MMA. From press scuffle to death threats on air, this rivalry had it all. Seems like the bad blood is still there.

Jones’ issues are widely publicized including a recent arrest on charges of domestic violence. Following the incident, his head coach Mike Winkeljohn revealed that Jones is suspended from the Jackson-Wink gym in Albuquerque and is no longer welcome there.

During the suspension, Jones was seen training in his garage. Enter Henry Cejudo. Cejudo has been training with several bigtime fighters recently. Following an unsuccessful campaign to unretire to face Volkanovski Cejudo turned to coaching. Recently he trained Weili Zhang for the bout against Thug Rose for the strawweight title.

And he has no moral qualms about training Jon Jones. The two appear to hit it off with Jones posting about the experience. 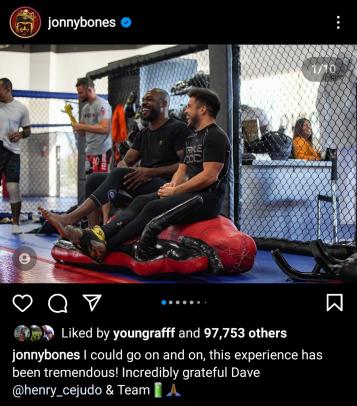 Cormier also got in the social media trash talk on the activity with Jon Jones showing his outrage on DC. He doesn’t seem to be happy seeing Cejudo training Jones. DC posted a screenshot of Cejudo’s post on the Instagram story with the quote “F*** Henry Cejudo” and tagged Ali Abdelaziz and Cejudo himself. DC was being criticized by MMA fans for being biased as a UFC commentator. He says he treats every fighter fairly. He didn’t even care about his longtime friend Cejudo.

Commenting on his session with triple CCC he wrote on Twitter:
” Today I felt like a rookie, my mind was absolutely blown. New levels”

Bones replied to DC’s story on his Twitter:
“Why are you such a hater, you don’t even fight no more!? Man, that bitterness is real I tell ya.”

Jon Jones is looking for the right path to make his comeback to the UFC  heavyweight division. Although his return remains uncertain, it looks like he will come fully prepared when the right time arrives. Training with Cejudo can certainly help – considering that Winkeljohn has a reputation of taking exciting good fighters and turning them into point based decision ones.