Conor McGregor confirmed his absence from the USADA testing pool and hinted at a comeback sometime in February of 2023.

McGregor’s hulking physique has been a hot topic for over a year now considering he’s drastically different now than during the time he was active in UFC. 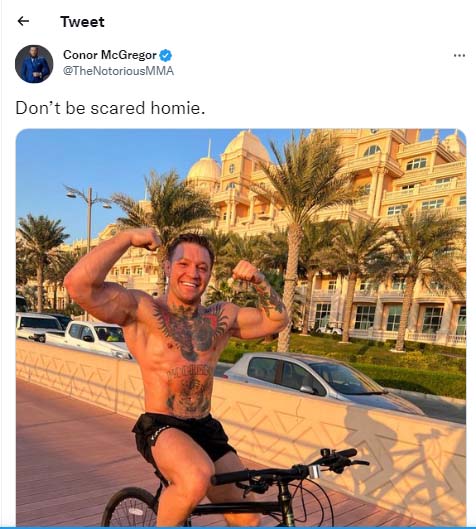 This is eerily similar to an image he shared back in July of 2021. 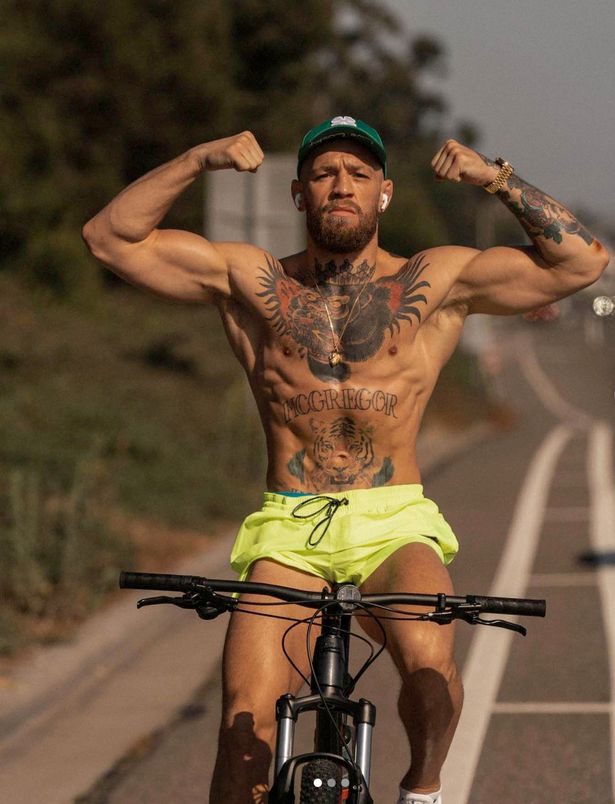 But the glaring differences in his physique just a year later are obvious. For one, the proportions of his body have significantly changed.

Not to mention prominent vascularization on his arms in the new picture.

While the angles are not identical it’s clear to see the difference compared to head size and especially the biceps. 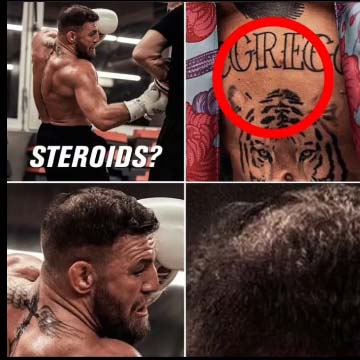 Not to mention that such a muscle gain in a short span of time is quite unlikely.