Being close person to a megastar like Conor McGregor surely has its perks. This time, he gave a new set of wheels to his longtime coach, John Kavanagh.

Even though the Irishman has been sidelined from competition for almost a year following his gruesome leg injury, he still made millions from selling his business.

The head of SBG Ireland received an upgrade to his brand new Ford Ranger Wildtrak truck. The upgrade includes a full-body glossy vinyl branding of his student’s company, Proper Twelve.

On Instagram, coach Kavanagh also thank both the former UFC double champ and his company Proper12 for the gift alongside the pic of his fresh truck. 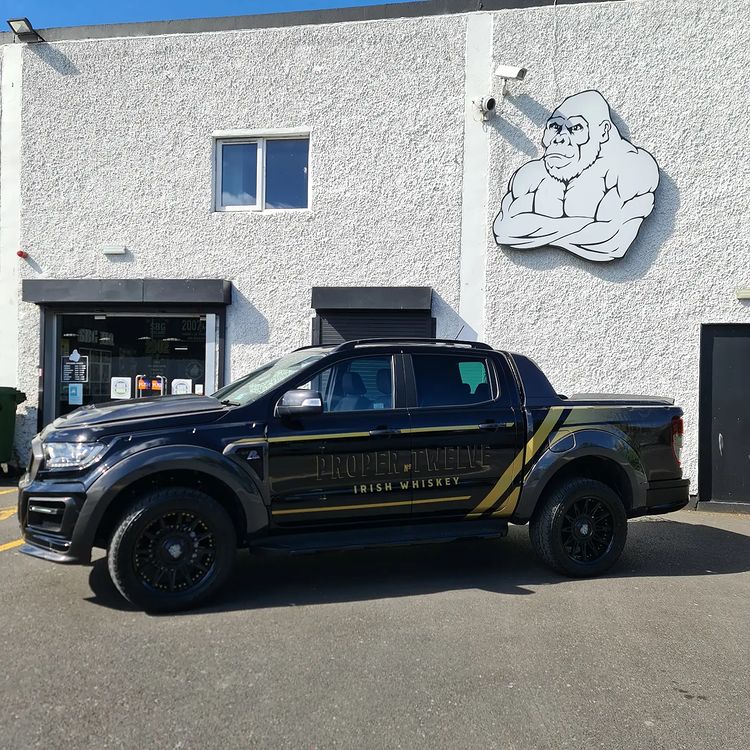 The relationship between the two dates back to 2008 in the early stage of McGregor’s career. At that time, McGregor was just 19 years old, and transitioning into the pro ranks.

Under Kavanagh’s guidance, McGregor successfully snatched Cage Warriors titles in the featherweight and lightweight divisions. Not long after, he got signed by the UFC and repeated what he’s done in the Cage Warriors.

Following his recent mixed results in fighting, McGregor was criticized widely. Considering the lack of success in the octagon many want him to leave Kavanagh. And Kavanagh’s lack of judgement when it comes to failings in McGregor’s performances just contributes to the ordeal.

Kavanagh was also widely criticized for toasting with Proper 12 when another of his athletes suffered a devastating knock out.

But the Irishman apparently won’t budge and is still training with him. Of course – McGregor hasn’t been allowed to train MMA in over a year.

McGregor also vehemently defended  his coach by praising him following a victory of his teammate, Sinead Kavanagh, at Bellator 275.

“That was flawless,” McGregor told Mirror Fighting after carrying Kavanagh to the changing rooms following her win. “That’s John’s coaching.”

“Who’s the grappler? She swept her with the Kimura sweep, then the reversal against the fence.”

“That’s coach Kavanagh, and he’s coaching Sinead Kavanagh! Back in the win column.”