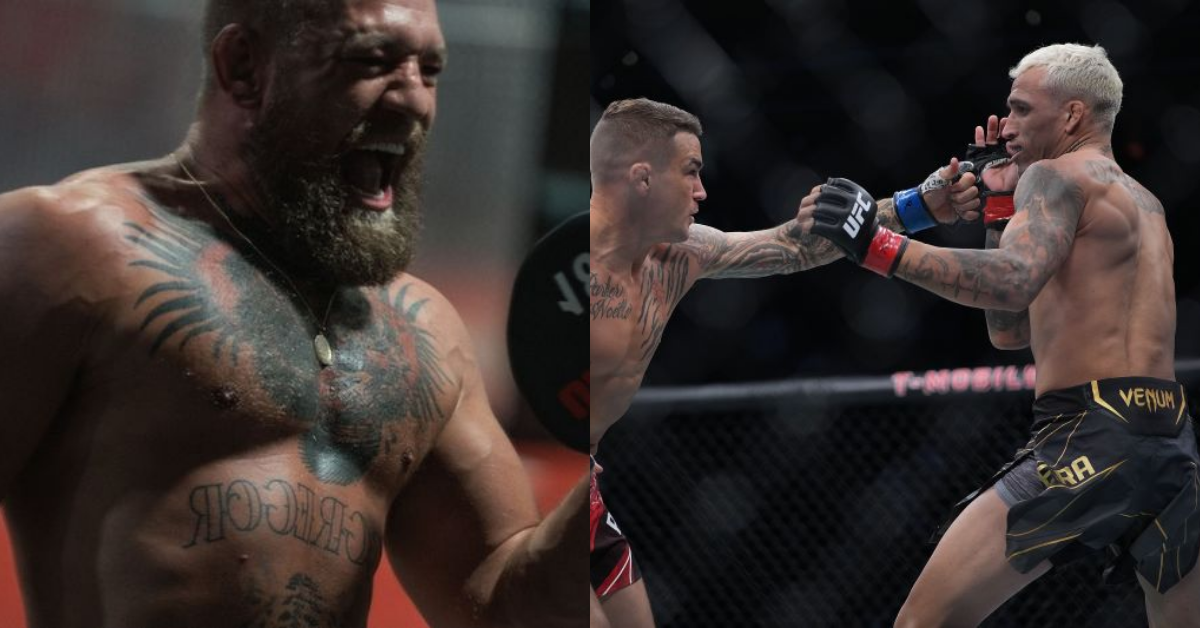 Charles Oliveira retained the UFC lightweight title after submitting the challenger Dustin Poirier at UFC 269 with a rear-naked choke in the third round. Since then, the infamous Conor McGregor has been expressing his urge to fight Oliveira when he returns to the octagon.

“Clicks and the like. Your boss and whatnot. The Mac. Santy Claus. I’m facing whoever the f*ck has that LW title next. Deal with it. Take off your goggles and mark the trilogy ‘unfinished’. Deal with that too.” wrote McGregor in a now-deleted tweet.

Recently, after expressing his gratitude towards Oliveira, The Irish star also tweeted about his fight with the lightweight champion. McGregor also tweeted an Irish flag vs Brazil flag, Oliveira’s home country.

“So, what date am I fighting Oliveira?” wrote McGregor.

However, McGregor won’t get what he wished for as the UFC president Dana White already has another lightweight fighter in mind. Former interim UFC lightweight champion, Justin Gaethje, will likely be Oliveira’s next opponent.

Brazil are the champs! Incredible!
I remember Brazil ??❤️?? pic.twitter.com/VARcAzQFMj

When asked if Gaethje would get the next title shot, Dana White simply replied: “Yeah, it makes sense.”

Though it’s not officially confirmed yet, many fans would agree with the idea. Justin Gaethje is currently number 1 on a newly-updated UFC lightweight rankings. Dustin Poirier dropped to number 2 following his loss. In last 6 fights, Gaethje only lost to Khabib Nurmagomedov.

Meanwhile, McGregor has been removed from the UFC rankings due to being inactive. McGregor is currently recovering from breaking his leg during a fight with Dustin Poirier at UFC 264.

It looks like White – at least on paper – isn’t willing to bend for McGregor. Of course this will possibly change as soon as former two division champion gets medical clearance.