Conor McGregor has been quietly recovering from the broken leg he earned last summer in a clash with Dustin Poirier. While he was recovering McGregor launched a new liquor endeavor.

Proper 12 Whisky creator purchased the Black Forge Inn and is full on promoting a dark stout with that name. But McGregor’s promotional plans were briefly derailed when Black Forge Inn was attached in January with the Police launching a big investigation.

According to reports, McGregor’s bar had petrol bombs be thrown at it with witnesses claiming to have seen two people on scooters near the location. While the attack left a lasting impression on McGregor there was no property damage or victims.

McGregor recently called the public to help and offered a substantial reward. 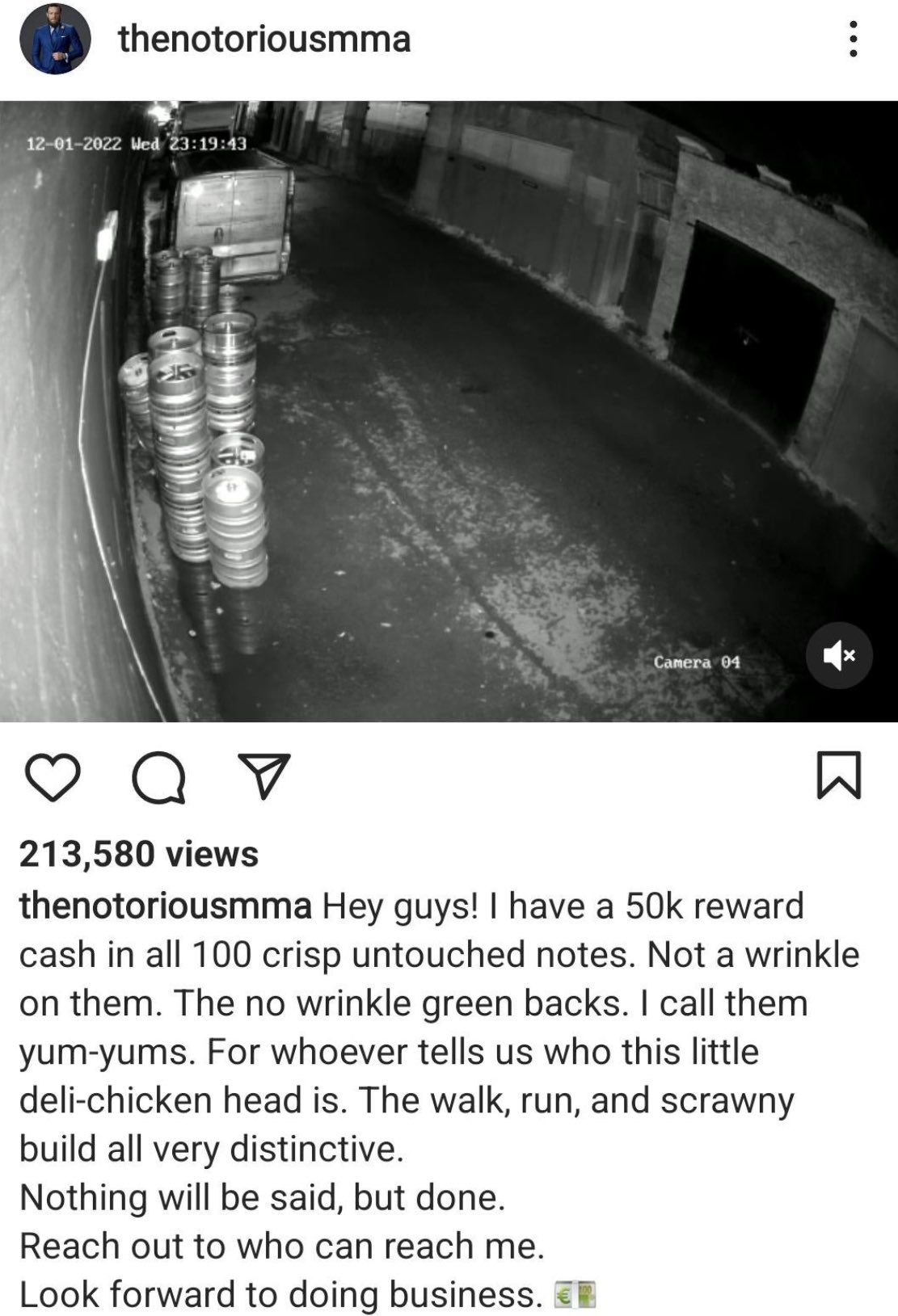 Like many McGregor posts the CCTV footage was deleted rather fast. The video showed a person walking into an area near the pub before flames can be seen and the person runs away. The footage is timestamped to January 12th – the night the pub was attacked.

McGregor followed up this posting saying “Wow, that was quick,” he wrote. “Thank you so much Good Samaritan.”

At the time of the attack, a spokesperson for McGregor’s pub said: “After hours last night it appears that criminals made an unprovoked effort to inflict damage to the Black Forge Inn. ‘There was no damage done to any patrons, employees or the Forge and Mr McGregor was not on the premises at the time of the incident. The Gardai have opened an investigation into the event.”