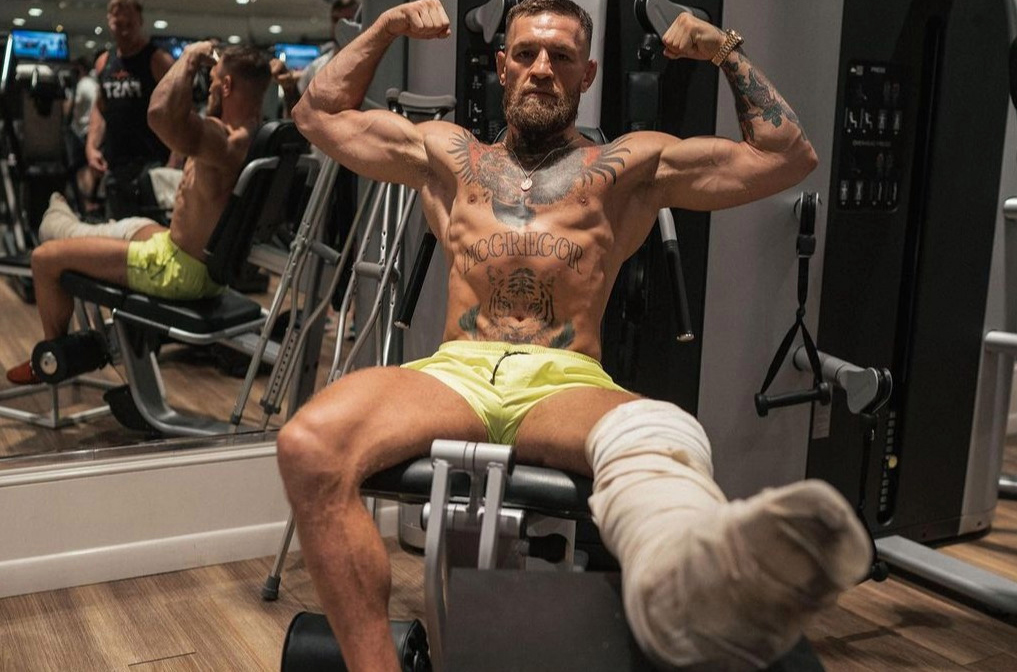 Conor McGregor is at the moment sidelined for a long time period after facing a leg break in his trilogy against Dustin Poirier.

He had failed to win in either 2nd or third Poirier fight – and hasn’t actually won since January 2020. Since then, he has been rehabilitating his leg and is mostly staying active on social media. He has been mocking and confronting fighters and creating options for his return in 2022. Chandler, Gaethje, Poirier Holloway, are all possible options for the Irishman.

Who on earth will deny fighting McGregor ? Fighting him means big bucks and headlines. MMA coach John Kavanagh joked that his student has got hundreds of choices for his comeback pointing out all those who have been poking McGregor on social media. He’s also admitted to cheating – and went on several tweet and delete sprees.

He also cleared that his return fight will not be influenced by money rather than The Notorious trying to test himself. He will be selecting the appropriate fighter which will be effective for him to achieve his peak once again.

“He’s got a hundred opponents lined up it would appear. But let’s just get back training, let’s test the leg and test everything, and when the time comes, I’m sure he won’t be short of choice,” John Kavanagh said (via MMAjunkie.com).

“He’s not so much about warm-up fights. He seems pretty warm to me as it is. So, what will come, will come. Whoever he faces he’ll be highly motivated. It’s clear at this stage Conor has a few quid, he’s got a few dollars in the bank account. So, that’s not the motivating factor at this stage, his motivating factor is competition and to improve himself and to test himself against whoever it is.”

It will be interesting to see who McGregor chooses. What will UFC offer him for his return? He is an icon in UFC and you can’t deny it despite his recent rough run.