Tyson Fury uploaded a tweet showing his respect towards the undefeated veteran Khabib Nurmagomedov which Conor McGregor took issue with. ‘The Notorious’ is still having a problem with Khabib after many incidents building up UFC 229.

“This man did it right. Got in and won and got out on top. Big respect.” wrote Tyson Fury in the caption.

Khabib remained undefeated when he retired from mixed martial arts in 2021 with a total score consisting of 29 wins and 0 losses.

In a now-deleted tweet, McGregor replied and mentioned Fury’s fellow boxing friend, Billy Joe Saunders who had an incident during his fight against Canelo Alvarez. In that incident, Tyson Fury wasn’t involved in a physical altercation while his whole group was involved in a clash. 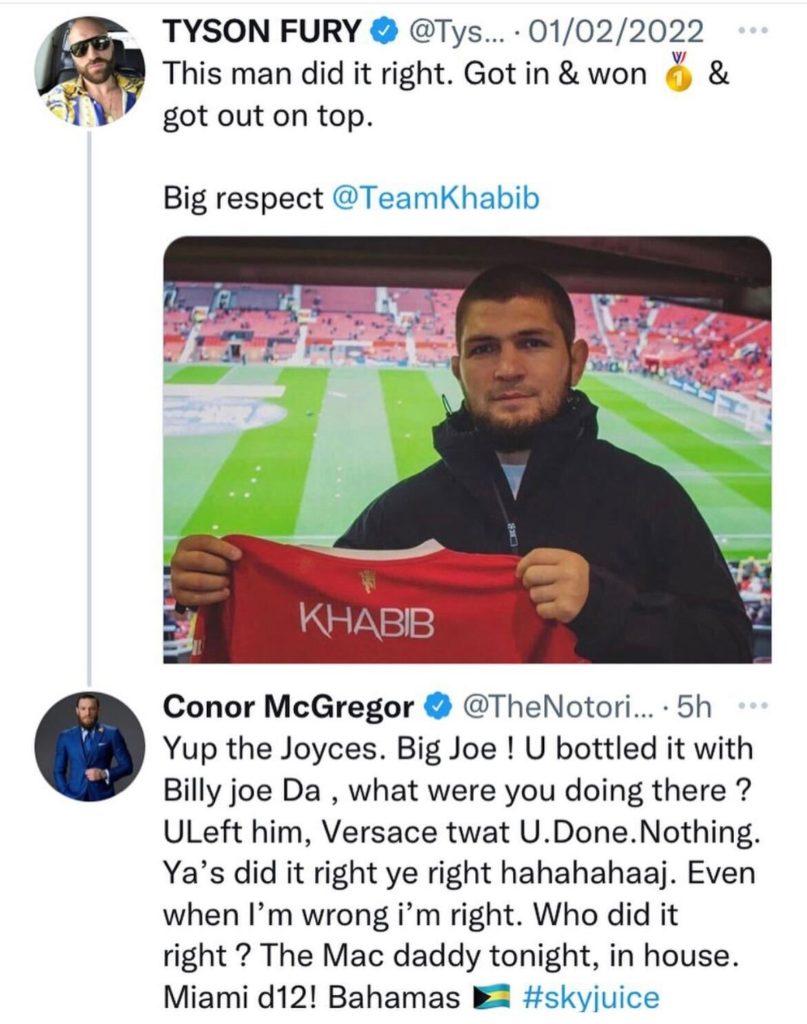 “Yup, the Joyces. Big Joe! U bottled it with Billy joe Da, what were you doing there ? ULeft him, Versace tw*t. U.Done. Nothing. Ya’s did it right ye right hahahahaaj. Even when I’m wrong i’m right. Who did it right ? The Mac daddy tonight, in house. Miami d12! Bahamas.” McGregor wrote

The online rant continued when Tyson Fury responded to that reply and insulted McGregor.

“Come back when u win a fight, mush. And the difference in me and you is I don’t get myself in trouble & people actually like me. You’re just a bully who hit old man, and yes, Big up the hulk Joe, #morecambebay. in the house.” wrote Fury.

come back when u win a fight mush,
& the difference in me & you is i don’t get myself in trouble & people actually like me, your just a bully who hit old man, ? & yes Big up the hulk Joe, #morecambebay. in the house.? 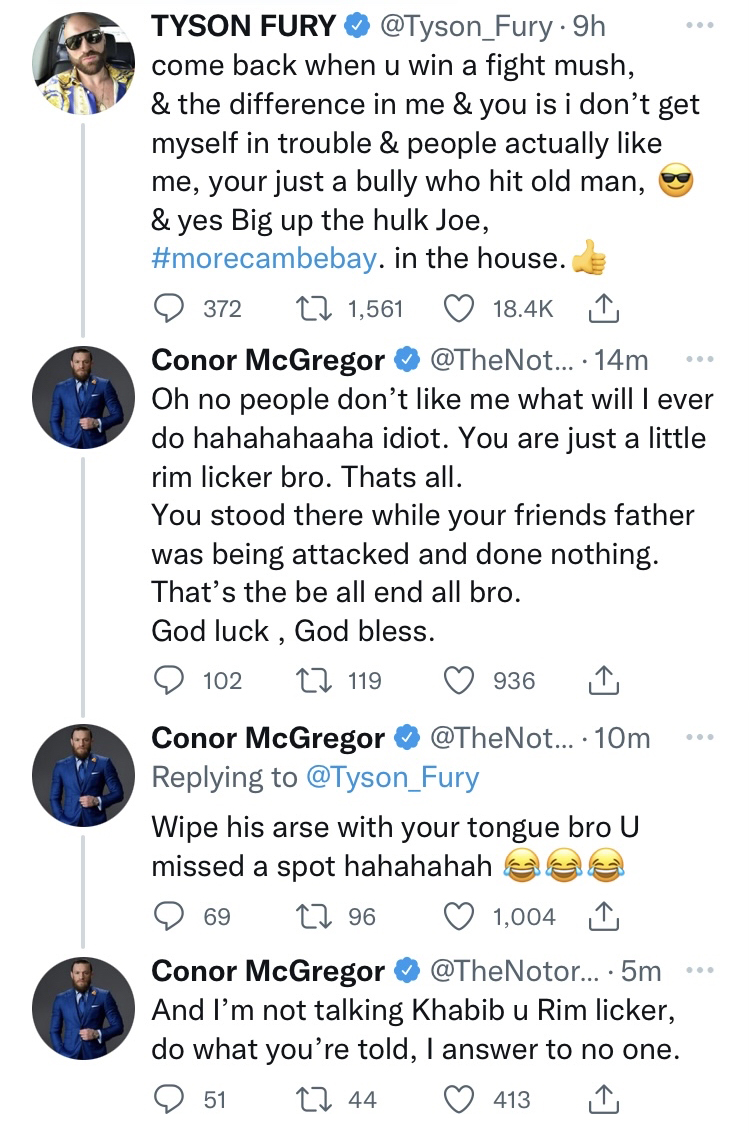 McGregor’s latest victory was in 2020 when he fought Donald Cerrone. In 2021, he had two fights against Dustin Poirier and lost all two fights. In 2019, a video emerged online showing McGregor punching an older man at The Marble Arch Pub in Dublin.

Lastly, McGregor calmed down out of nowhere. He tweeted on a video interview of Tyson Fury talking about him and made peace with the Gypsy King.

Conor McGregor is set to return to the octagon this year. He has confirmed that he will have a sparring session in April and will compete again shortly after that. As for Tyson Fury, the Gypsy King is still waiting for Dillian Whyte to sign the contract for the upcoming fight.

Tyson Fury appears to have gotten the last laugh having followed up the exchange with:
“(McGregor) has done more Tapping than MJ,s old dance shoes”

Meanwhile one of the fans pointed out that Fury appeared to have cheered on McGregor in the past.