A lot can be said about the fact that a sport that’s deemed conservative is one of the only professional sports that has Male and Female divisions on the same card – not to mention that the first ever superstar was a woman.

Still there’s plenty to criticize about female MMA as of late. With one of the admired champions losing her title basically by timidity WMMA has been catching a lot of flack as of late.

In fact trolls online hounded a UFC flyweight into offering one of them an opportunity to dojo storm her gym.

There’s also the fact that UFC features no divisions for women over 145lbs (65kg) and that’s if you generously believe there is a featherweight division at all. 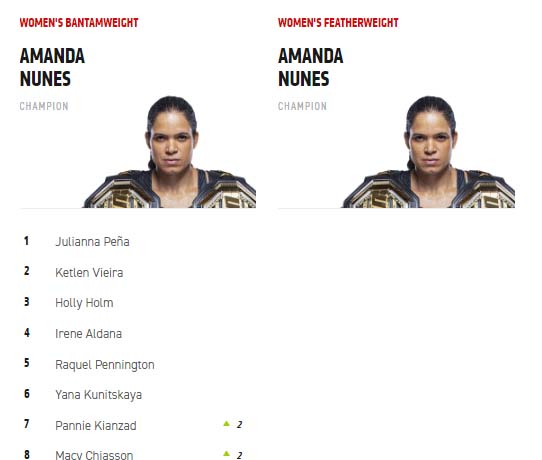 Enter comedian Dave Smith. Smith is a stand-up comedian and political commentator. He is also the host of the “Part of the Problem” podcast, and co-host of the “Legion of Skanks” podcast.

Smith recently had an interesting conversation regarding MMA with the Legion of Skanks cohost Luis J Gomez.

In reality Smith named two division champion Amanda Nunes and then tagged along Valentina Shevchenko with an alternate take on her name and former strawweight champion in the UFC Rose Namajunas.

In fairness to Smith, Namajunas name isn’t the easiest to get. Joe Rogan recently revealed his secret to pronouncing the athlete’s names right during weigh ins. He spells out the names phonetically so he would be able to pronounce them accurately as the athletes emerge.

Rogan famously referred to Nurmagomedov as Khabib for the majority of his tenure in the UFC. This is pretty ironic considering that Nurmagomedov is already a westernized version of the Nurmagomedov last name. During a previous appearance on an MMA podcast Khabib clarified that his last name is actually pronounced Khabib Abdulmanapovich Nurmohamadov and not Nurmagomedov as it’s now commonly used.

This wasn’t the only screw up for Rogan leading up to UFC 272 – Joe Rogan again became the talk of the town in the MMA world on Friday, March 4th when he mispronounced two fighter’s names at the ceremonial weigh-ins.

The two fighters Nicolae Negumereanu (11-1-0) and Kennedy Nzechukwu (9-2-0) are scheduled to face each other on the prelims.