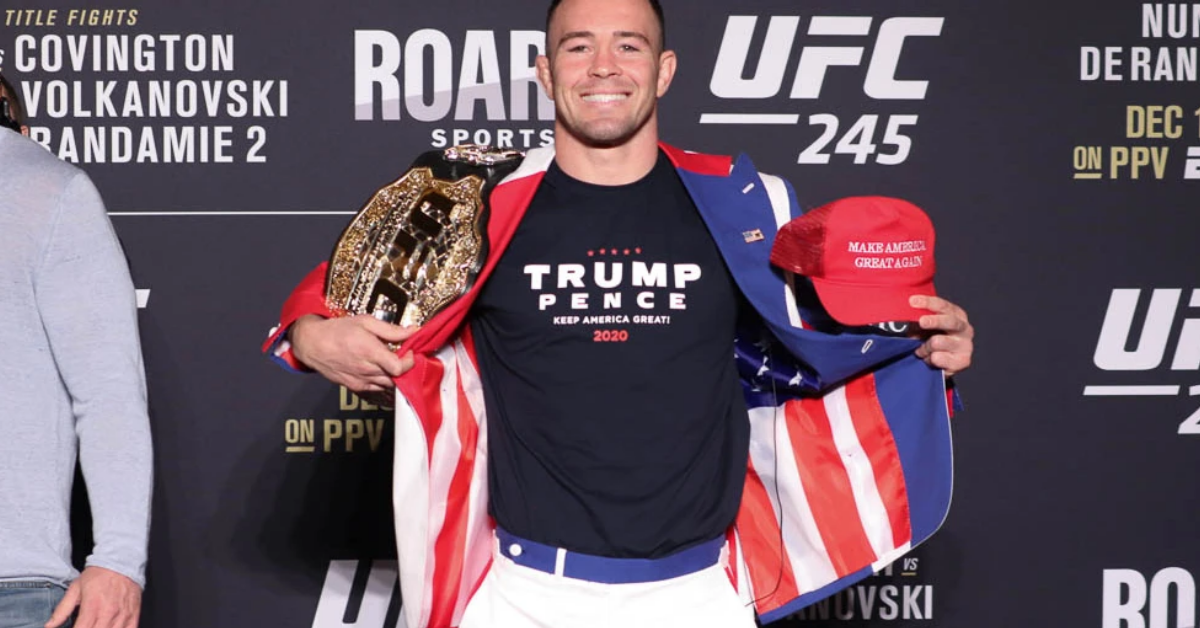 In a recent talk with MMA News, Colby Covington said that the reason he lost to Kamaru Usman at UFC 245 was because of his ATT (American Top Team) cornermen who gave him poor advice. He evaluated the feedback as very obvious and useless to help him win that fight in 2019 and ended his 7 win streak. And he is not wrong – he was mostly just getting hyped with no actual tidbits he could use.

Colby seems to be annoyed when remembering the poor instruction from his cornermen. The cornermen only told him to breathe and he said it is an obvious thing to do. He said it is not something cornermen should tell to a fighter since everyone else knows how to breathe.

“If you go back and look at the first fight, the instructions that I was getting, they were telling me something that I do every single day,” Covington said. “They were telling me, ‘Colby, breathe.’ Dude, we breathe every single day. Why are you telling me to breathe? I mean, everybody in this room knows how to breathe. Not everybody knows how to fight and instruct fighters and the right instructions to fight. I made a lot of mistakes in that first fight. That was my worst night and I was still able to do that. That was his best night. Saturday night, we’re going to see the upgraded software.”

Was pretty mad that Colby’s corner gave him basically nothing in the first fight.

It’d be one thing if they gave him specific advice and he didn’t or couldn’t do it, but they just tried to pep talk him every time.

Colby believes that a good instruction will heavily impact a fighter’s performance in the octagon. Especially in his upcoming fight which is a title fight in the welterweight division. Luckily, Colby is now associated with a different team.

Colby also added that this time he will have a better chance because he is now a member of MMA Masters that he believes have a better knowledge about fighting strategies than the American Top Team and will actually help him attain the champion belt.

“The first thing I needed to change, the biggest thing, was the people are me, the team around me,” Covington told MMA Junkie at a pre-fight news conference Wednesday. “Now, Daniel Valverde, my judo, my jiu-jitsu coach, my striking coach Cesar Carneiro, and my strength-and-conditioning coach Jonathan Lopez, my other coach Charlie Weis.

“I just have a newfound energy around me, people who genuinely care about me and they want to see me win. They’re not just showing up to get paychecks and just work to throw me out there into the fire. They actually have been developing my skills and we’ve been growing as a fighter every single day. You’re going to see new wrinkles in my game. We’ve updated the software. I’m going to control-alt-delete Marty on Saturday night.”