Back in January Charles Oliveira reveled that his eyesight was so bad that he was not seeing his opponents clearly. He admitted he can only see at around 50 per cent without glasses.

During an appearance on Brazilian MMA Legends, he said:

“If I’m hitting the middle one, it’s all right. I think, ‘Keep this same technique.'”

“Three guys for me is perfect. If I’m hitting the middle on it’s all right.”

“If I take off my glasses, I can only see [at about] 50 per cent. But it never hindered me”

There is no longer a problem thanks to a surgery he underwent to fix his eyesight. He will compete against Islam Makhachev in the UFC 280 main event for the vacant lightweight title.

“I had the surgery, and my eyes are 100 percent perfect. I can see everything now.”

“I am going to knock Islam out in the first round. Then we’re going to celebrate.”

Oliveira has won 11 in a row, proving that his vision was never really a problem.

The next opponent for Oliveira is Makhachev (22-1), who has won 10 straight but none against notable opponents. The lightweight title, which Oliveira forfeited after missing weight by half a pound before facing Gaethje, is on the line.

“I was robbed. That’s all I can say. I am the real champion. I will prove that again when I step back in the cage.”

According to a video a Brazilian outlet posted, Oliveira had gotten an eye surgery ‘months earlier’.

Oliveira was spotted driving a go-kart sans glasses back in August. 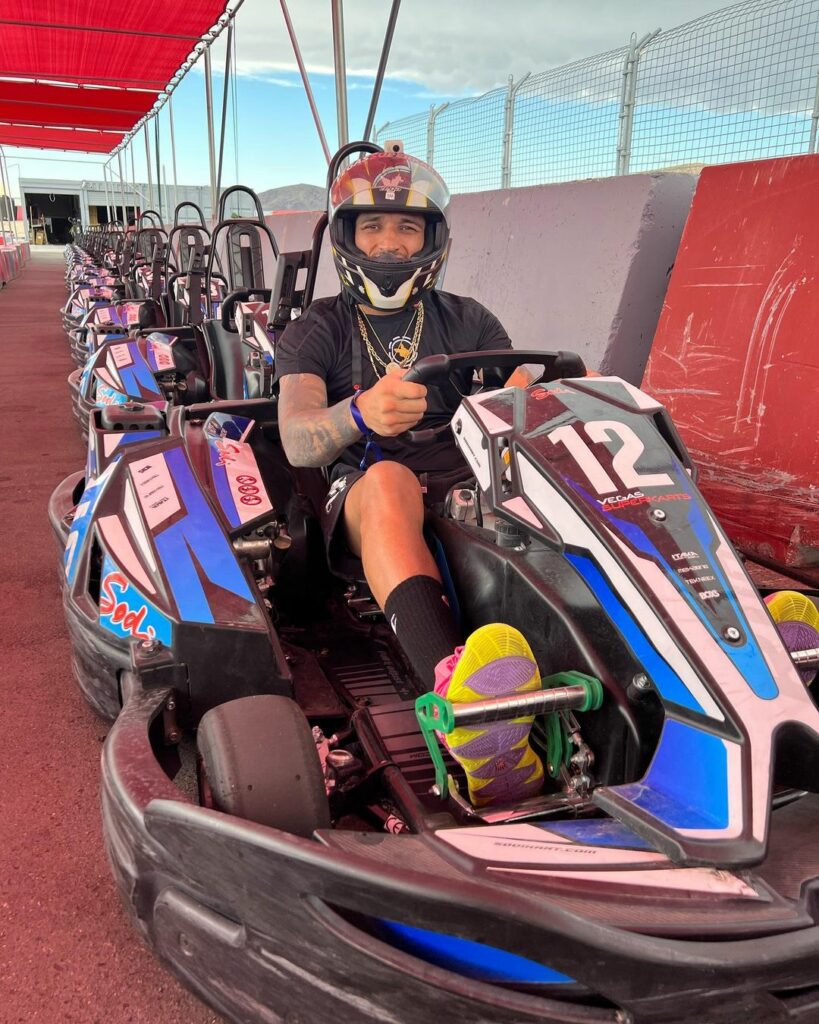 Oliveira was also spotted at target practice since – also without any glasses.

Oliveira was last spotted wearing glasses back in early July of this year. Now here’s where things get tricky. There are two methods to correct eyesight – and each has their own complications. This is especially pertinent because Oliveira is a combat sports athlete who is potentially getting hit often in practice and even eye poked at times. Any such procedure could cause complications.

Depending on the method used, the complications can vary so it will be interesting to see how he adjusts to his new reality and if it really manages to give him a competitive edge against Makhachev.