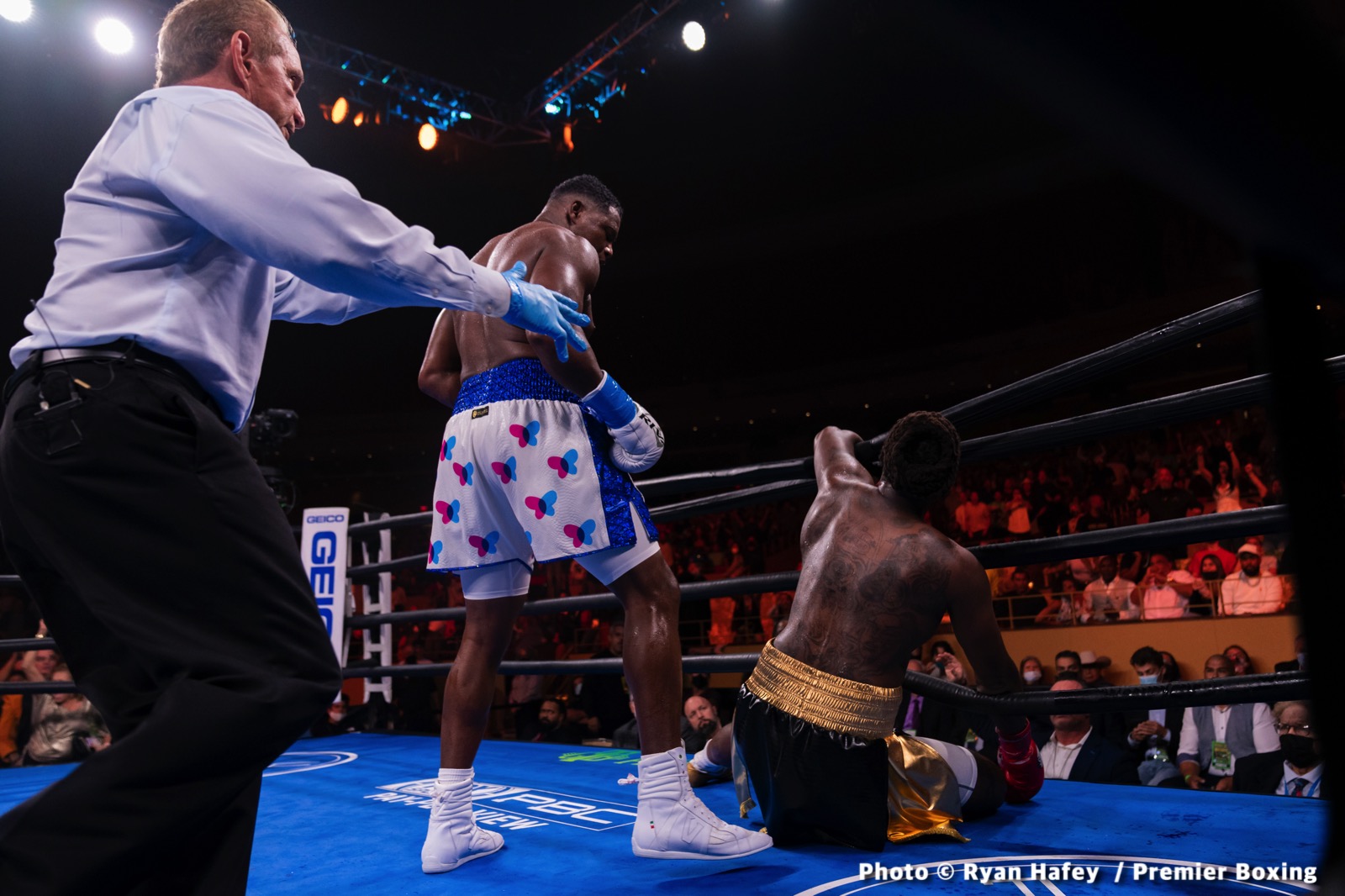 A bizzare incident happened in a boxing ring earlier tonight. This is probably the wildest boxing finish we’ve ever seen. 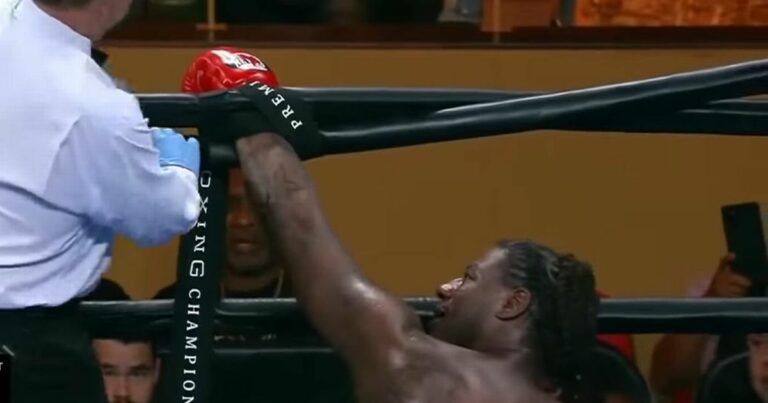 From the very beginning the fight was action packed. Martin dropped the Cuban star twice early on. However Luis Ortiz rallied and made a stunning comeback to drop his opponent in the 5th round.

The American was also floored after his hand got caught within the rope. Referee ended the competition in spite of the boxer standing up in time.

Ortiz was delighted with the result.

What in the god damn hell? pic.twitter.com/sd1T332czQ

“My corner reminded me to remain calm, just stick to my strengths and things would go my way. My message is for all of the heavyweights out there, If you want to fight for the title, you have to go through me.
“I knew this was going to be fireworks from the start. He dropped me twice; I finished him.”