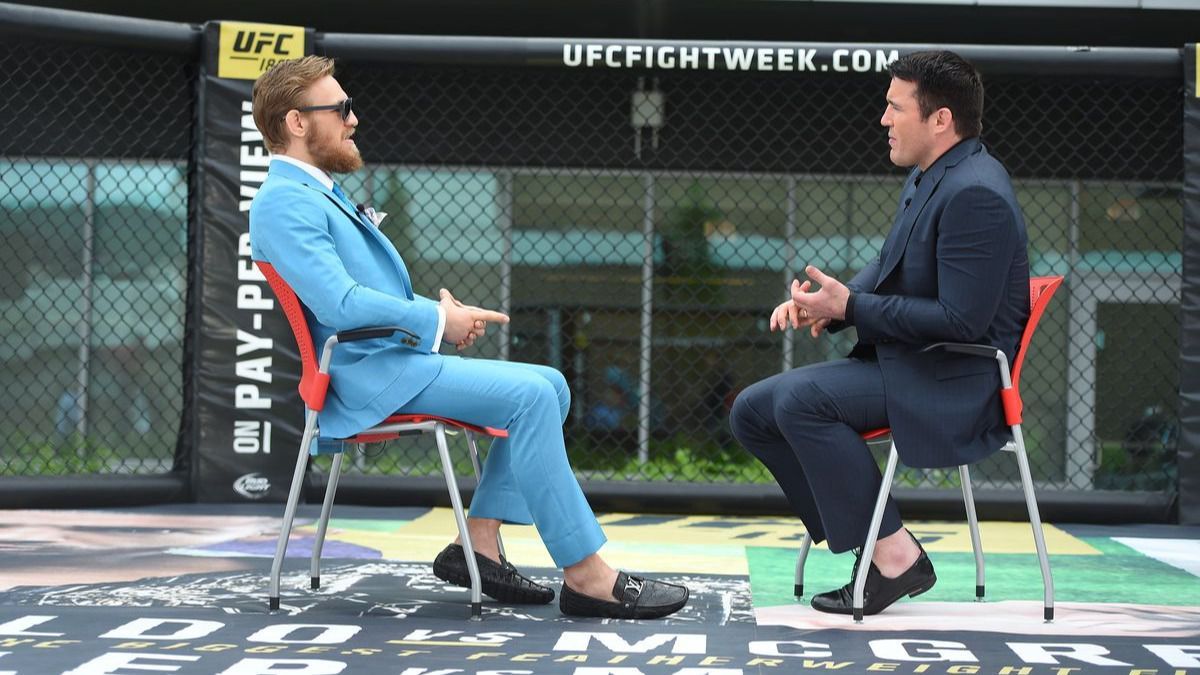 Chael Sonnen and Conor McGregor have been in a feud since the Irishman posted a video of himself having a virtual face-off with Max Holloway. Max faced Yair Rodriguez in his last fight at UFC Fight Night in November 2021. Conor McGregor, unfortunately, snapped his leg during the trilogy against Dustin Poirier in July and is currently still recovering.

The video of McGregor pacing around at the tv was roasted by fans. Former UFC fighter Chael Sonnen also criticized the strange video on his youtube channel.

He said that McGregor has become a “little rich weirdo” among other things.

However, the war of words didn’t end there. This time Sonnen has jabbed at McGregor regarding the trajectory of his MMA career.

Chael Sonnen said:
“I retired 2 years ago, and I still have 3 more wins than you do in the last 5 years”

Despite the setbacks, Conor McGregor still has the upper hand in comparison with Chael Sonnen. After all McGregor is the first two division champion of the UFC. But McGregor’s approach somewhat mirrors that of Chael Sonnen.

St. Pierre recently compared the two in a podcast appearance:

“I think, if I can make a comparison, of you[Sonnen] and Anderson Silva, I don’t know if I’m right, but it seems like maybe McGregor got into Aldo’s head a little bit. I don’t know [if McGregor can beat Aldo]. I guess we’ll find out. Aldo is a very smart guy, but Conor McGregor, the way he talks trash, there is a purpose to it.”

“Most of the guys who have fought Jose Aldo, they’ve been intimidated. Aldo has an aura of invincibility. A little bit like Anderson Silva had back in the day before you fought him. I think [McGregor] is mentally trying to break that aura of invincibility, but we’ll see. You need to break it physically, not mentally. It’s going to be a very interesting fight. A very nice clash of styles.”