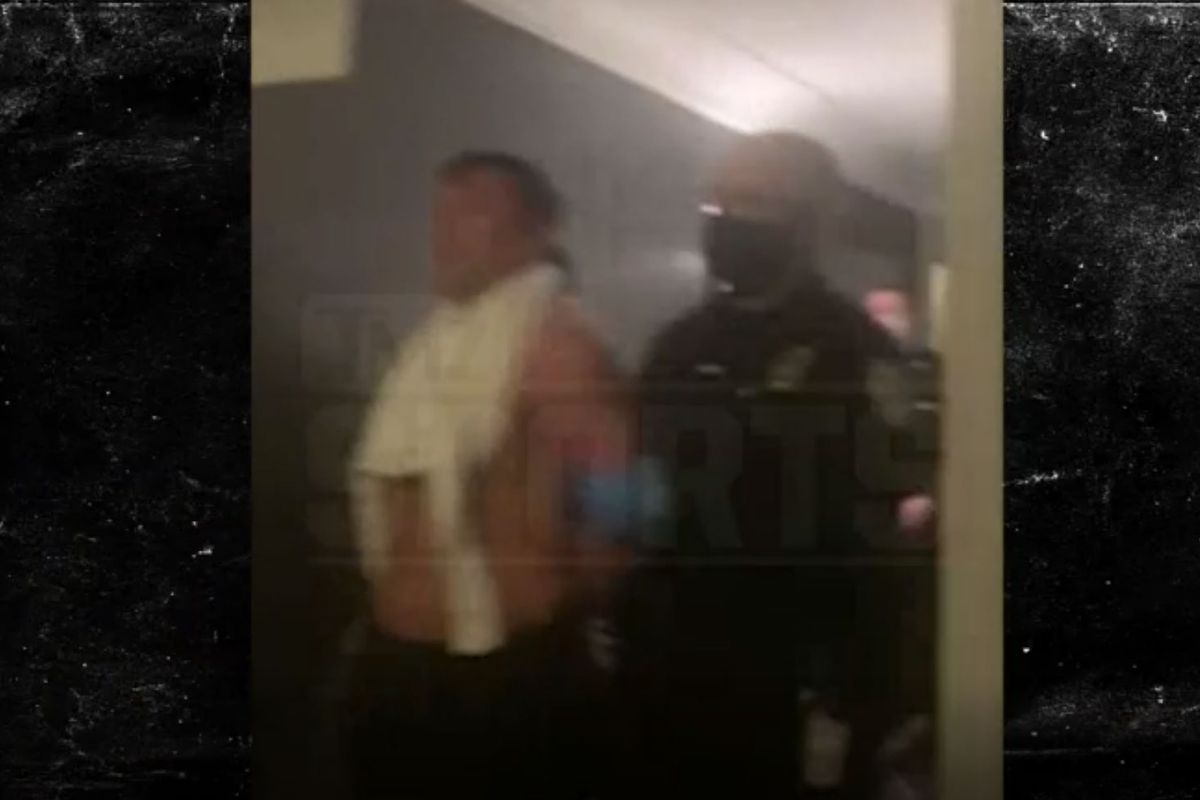 One of the greatest fighters of all time Chael Sonnen received 5 battery citations after allegedly getting in a brawl at a Las Vegas Hotel .TMZ was the first to report on the brawl.

Sources in the Las Vegas police told TMZ that 44 year old fighter turned youtube personality was detained but not arrested because cops didn’t witness the incident.

Sonnen was given 5 misdemeanor battery citations – and the police are still investigating.

According to one report from the scene a witness saw Sonnen banging on a door of a hotel room at Four Seasons around 7 PM. What followed was a physical altercation. Sonnen reportedly easily manhandled the other man. Woman who was with that man started screaming and someone called the police. Cops detained Sonnen and lead him away in cuffs.

Sonnen has been making the news regularly with his commentary and inflammatory comments often. Sonnen hasn’t professionally fought since 2019 having lost to Lyoto Machida. It’s unclear what happens next as the story is still developing.