Nick Ireland became known for his challenge and prank content on the channel Ireland Boys Productions that has amassed 4.2 million subscribers.

Nick Ireland had gone the untraditional rout and made his boxing debut on the Paige VanZant vs Rachel Ostovich BKFC card where he beat another influencer – DK money by decision. Ireland has since.

Ireland recently alleged Austin McBroom promotion Social Gloves might be running a ponzi scheme  – and intending to pay debts from the promotion’s first card by the proceeds from the second card.

Ireland went on to describe the negotiating process.

About 5 months ago, founder (and competitor) on Social Gloves resolved a lawsuit tied to the promotion with a $3 million dollar settlement.

McBroom claimed he lost millions on the first event despite the event being a ‘success’.

“Not only did I not get paid to fight, I lost millions out of my own pocket investing in the event and trying to do right by you. 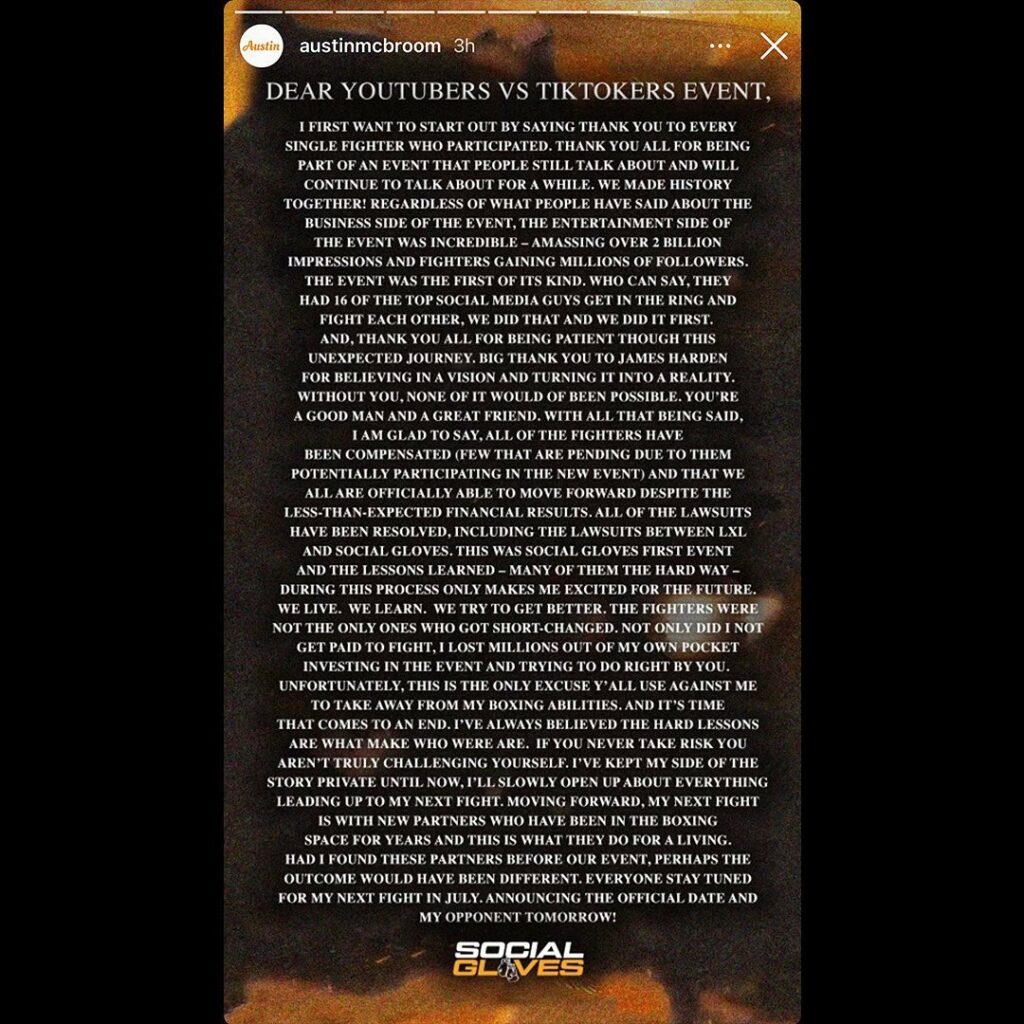