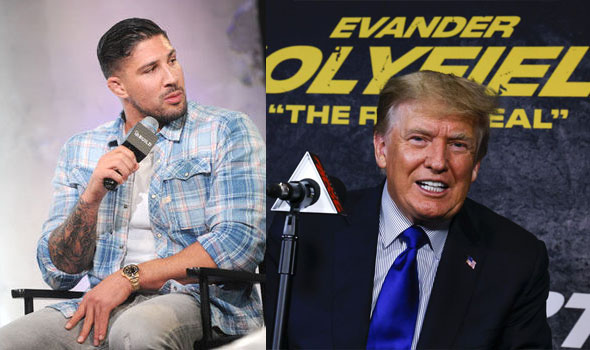 Brendan Schaub is one of the greatest of all time – that is when it comes to hilarious mispronouncement of words and in particular fighter’s names. But this didn’t stop Schaub from slamming the 45th president of USA for his commentary gig during the recent Triller card.

There you have it folks, Brendan Schaub is out there criticizing people’s commentary. This is in particular hilarious considering the recent hit video compilation where Brendan is featured botching the names of many UFC guys.

Of course this is just the top of a very steep mountain – here are some of our other favorites:

And if you’re wondering just why these links aren’t youtube videos – it’s because there’s a company called Bent Pixels. This is speculated to be part of the Joe Rogan production team or even owned by him. And they consistently strike the videos that are shinning an unfavorable light on the inner circle of Joe Rogan. This has lead to plenty of channels ignoring the hypocrisy of the host of the largest podcast in the world and to disdain for Brendan Schaub mostly remaining in one corner of the internet called the fighter and the kid reddit community.